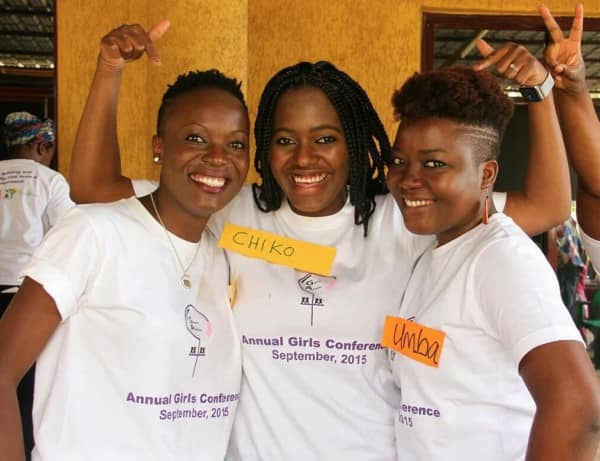 Irene Umba Zalira is a women’s rights and sexual and reproductive health advocate. In this piece, she shares the impact of Global Health Corps on her views on leadership and how she engages with her work.

Global Health Corps is a leadership development organization that places young leaders under 30 from all backgrounds in year-long paid positions. Applications for the 160+ positions for the 2016-2017 class are due February 2nd, 2016. You can apply here

Is leadership something you’ve always desired?

I never wanted to be a leader, never saw myself as one. I took on small roles throughout my primary and secondary school life but nothing too serious. At least that is what I thought. I didn’t know these small roles were preparing me for bigger leadership roles that I would take on later in life.

From your experience, do you think leadership skills can be taught? Or is it simply an innate skill?

People who know me now would never believe I once shied away from leadership roles. I truly believe my Global Health Corps experience molded me into the leader I am today. None of the leadership workshops and trainings I ever attended mentioned the need to work on your self-esteem.

Everyone spoke of leadership as something you did on the outside: how you talk, how you influence people and how you convince people. No one mentioned self-acceptance and confidence are the source of leadership. And because I was struggling on the inside, I couldn’t see myself as a leader.

What has been the greatest inspiration for you?

I remember being at Yale University in a room full of 127 young amazing people who had done extraordinary things in their lives: 127 change makers. There was one specific story that stuck with me.

One of the program participants had lived in Vietnam, and taught kids in the village how to swim because there had been a lot of drowning incidents during the rainy season. It made me think: ‘wow, I don’t even know how to swim!’ 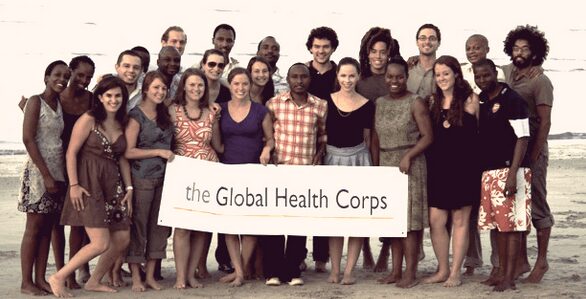 There were people younger than me who had already started organisations and initiatives in their own communities. That was definitely not me!

But there is something about being in such a space, a safe space with peers, where you can be vulnerable to say: ‘I am scared’. ‘I don’t know how I am going to do this.’ ‘Hell, I don’t even know how I got here!’ But, by the end of those 2 weeks at Yale, I was ready to own the GHC slogan of ‘change maker’.

The sessions with GHC staff and my peers, helped me see myself as a leader. I started working on my fears, passions, abilities, strengths and even weaknesses.

That must have been a huge inspiration for you. What did you then do with all that fire?

I got back to my country and I was ready to serve! I was serving before, but this time around, it was different. I was more than willing to lead initiatives and own the title of a change maker. I was one of the founding members of the Rotaract Club of Lilongwe and served as the Director of Community Services in the first year.

The Rotaract Club of Lilongwe is a service club of young people between the ages of 18-30 from different professional and educational backgrounds. We use our diverse skills and resources to improve the communities we live through the implementation of various projects and programs.

We understand you’ve been involved in different projects. Tell us about them.

Two friends and I started a community initiative in Kauma, a peri urban area on the outskirts of Lilongwe City, Malawi after we noticed teenage pregnancies was prevalent, resulting in high school drop out rates for girls. Initially, the plan was to go through the project a local church in the area had started to address the issue, to talk to the girls and encouragement them, then move on with our lives. But my drive to make an impact didn’t let me be. When you start doing something you are passionate about, you have to see it through.

So 17 months later, we found ourselves as co-founders of an organization called Growing Ambitions. We are currently supporting more than 20 girls with school fees and school materials. We recently enrolled one of our girls, Esther, a 19-year-old mother of a beautiful baby boy, into Stella Maris, a prestigious catholic secondary school.

Our mission is to help girls make informed decisions through mentoring and career guidance. We envision a Malawi where girls, regardless of their socio-economic status or negative experiences, take charge of their lives and thrive. 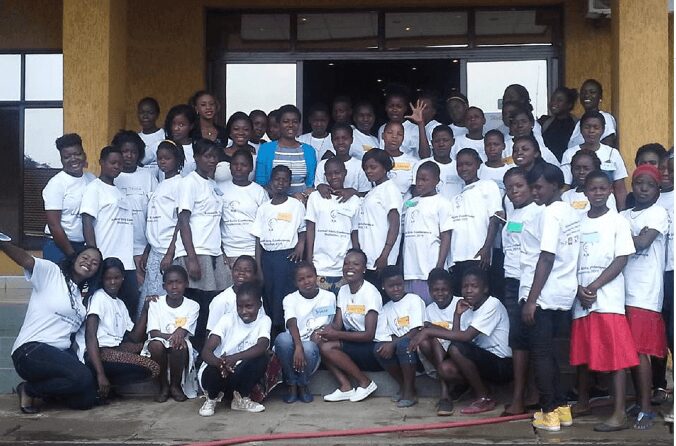 Tell us more about Growing Ambitions

Growing Ambitions primary target group are girls and young women who have dropped out of school due to unplanned pregnancy. We re-enroll them into schools and provide support to ensure they stay in school. We conduct monthly sessions on different topics ranging from sexual reproductive health, human rights, feminism, gender, time management based on the girl’s interests.

So far, the initiative has been self-funded along contributions from well-wishers. But, seeing that we’re growing, there’s going to be need for an alternative source of funding. Currently, we are in the process of getting registered as a non-governmental organization with the Malawian Ministry of Justice, and look forward to serving more girls and young women in Kauma and beyond.

What inspires you to keep the initiative alive?

It’s been a new, and sometimes arduous journey for me, my co-founders and the girls as well. These girls and young women live in communities where their rights are disregarded and they’re treated as second class citizens. But every small step in the right direction ensures more girls complete their education, and knowing that keeps me going.