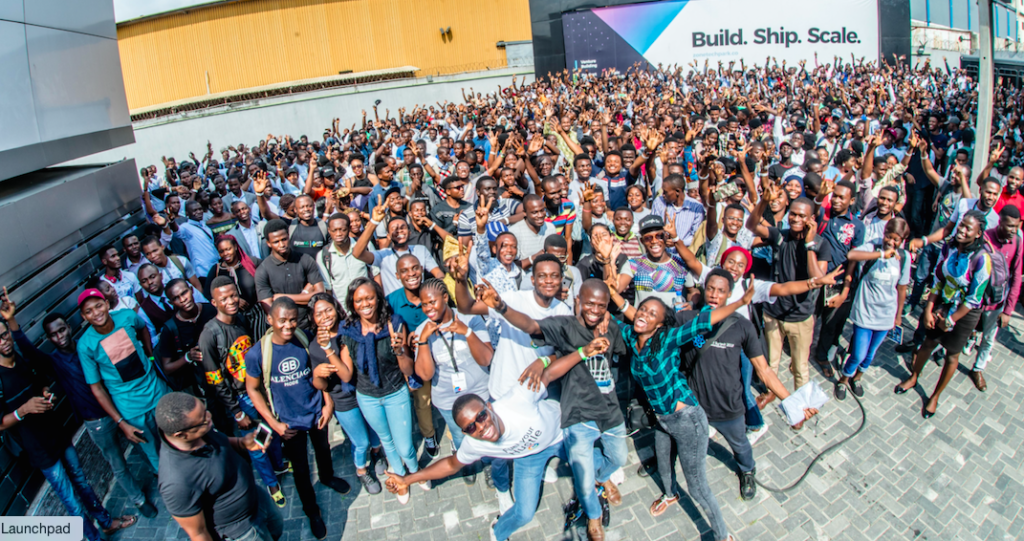 DevFests (Developers Festival) are community-led, developer events hosted by Google Developer Group (GDG) chapters around the globe. This event is focused on community building and learning about Google’s technologies. 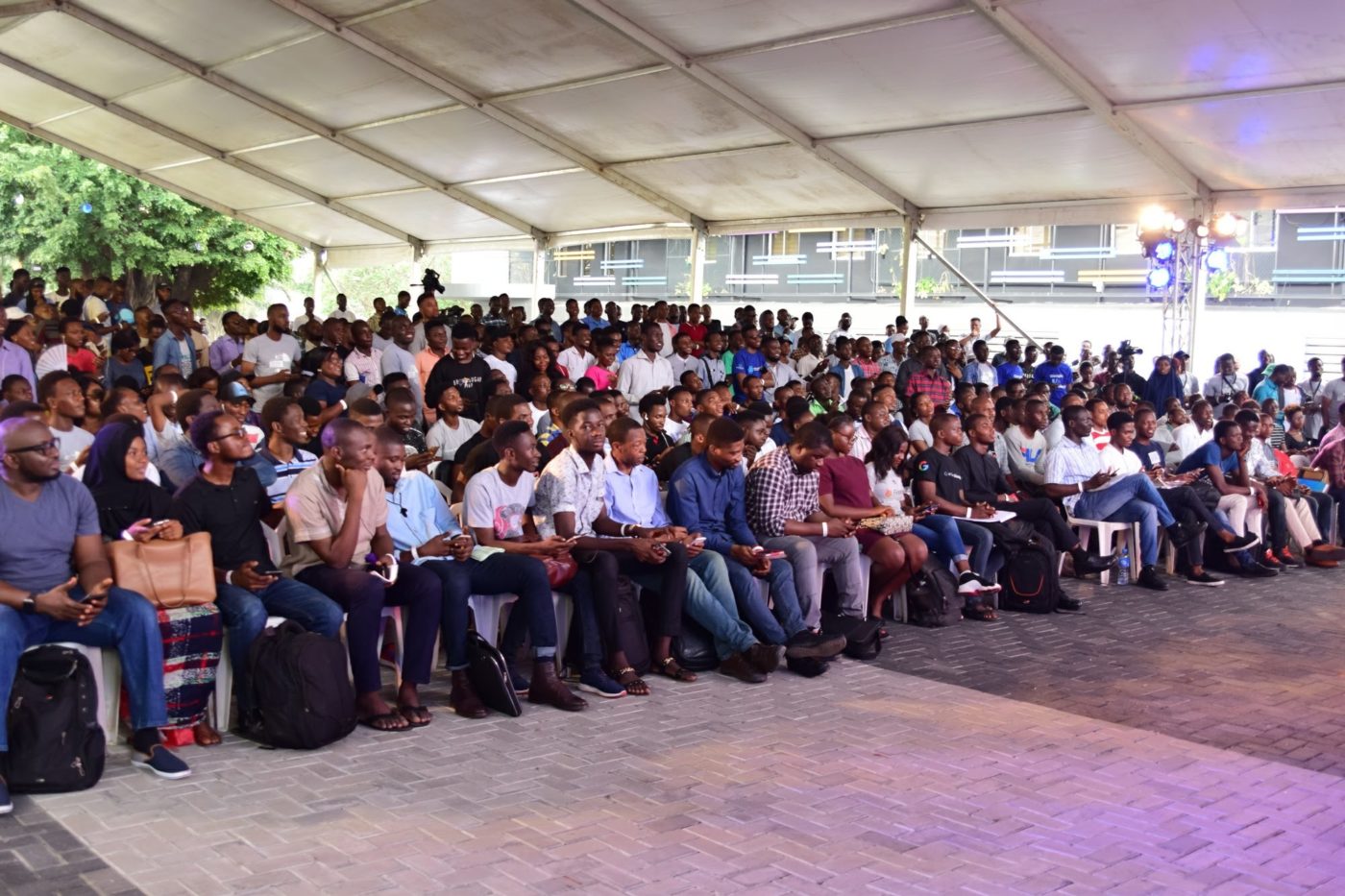 The Devfests which was launched  2007 had its first GDG Lagos Devfest event hosted in December 2013, and has been continuously become an annual event which developers around the globe anticipate.

Each DevFest is uniquely tailored to the needs of the developer community and the region that hosts it.

Just like several other years, this year’s Devfest Lagos was in clusters and had a collaboration of several chapters within the same region. There were several GDG chapters and Developer Student clubs by Google within the southwest region of Nigeria in attendance.

Ada Nduka Oyom – one of the organizers of the Dev-Fest  talks about her experience at the DevFest Lagos 2018:

“Knowing how far the entire team had come in preparations, it’s safe to say every session held was a highlight on its own. From having reputable speakers from Top Tech organizations like Google, Apollo, Andela, Interswitch, PayLater,  etc give insightful technical talks on several Technologies and products.

We also had a panel session on working remotely to help tailor one of the up and rising need for developers in Nigeria and Africa”.

“DevFest Lagos is always going to be an annual event and the 2019 event will be taking place on November 2nd, 2019. More information would definitely go out via our meetup page and twitter handle as we approach the date”, says Ada.

According to Ada, the DevFest 2018 Lagos chapter had about 2394 developers in attendance, with some participants coming in from other local GDG chapters outside Lagos.

Haven been actively involved in the developer community for a long while, she can attest to the growing network of developers in the Lagos chapter alone. 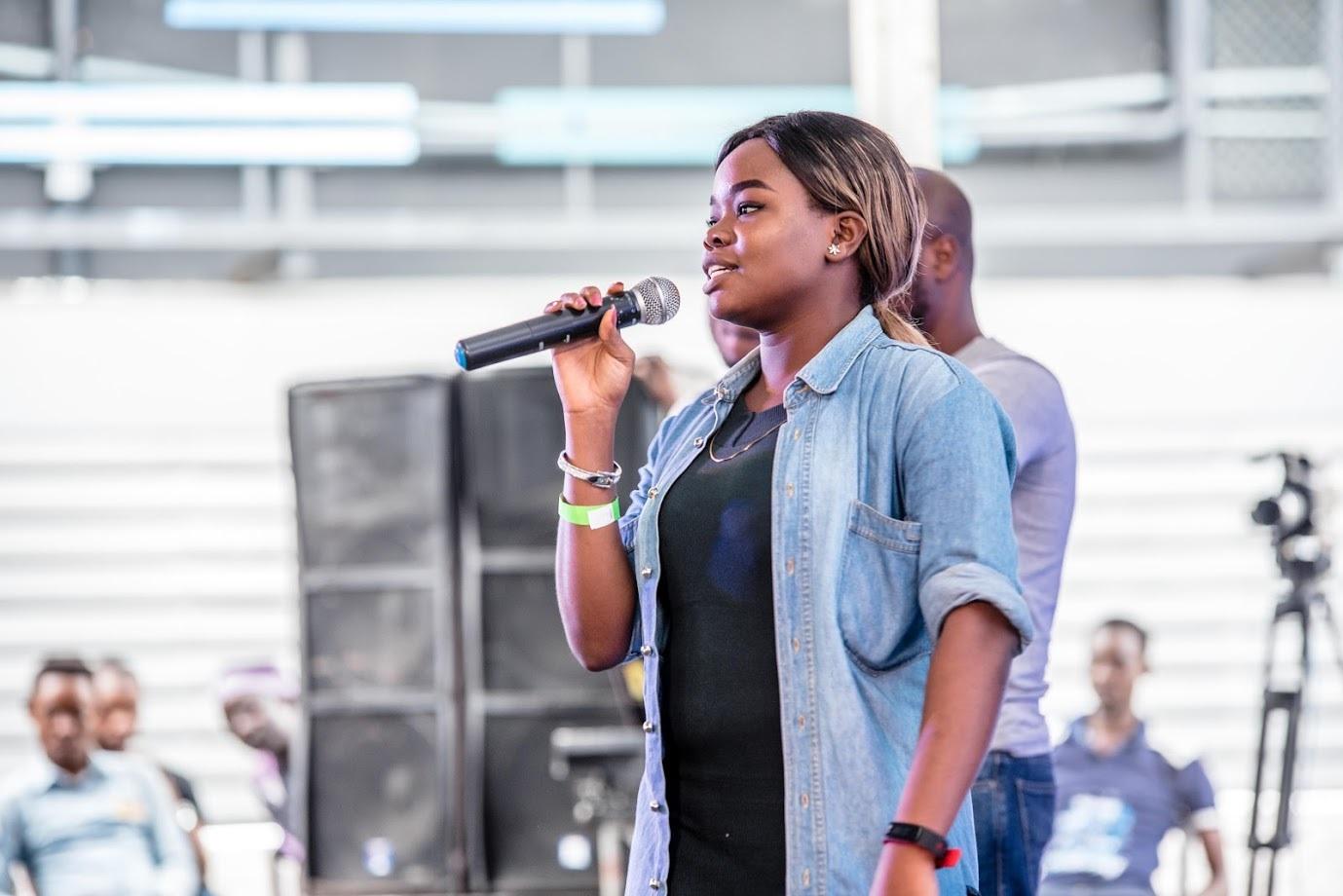 “ With several other developer events happening across Nigeria and Africa having attendees of 1000 or less, it’s always indicated the possibilities of us getting more. We just needed to bring them all in one place and that’s what we did”, she continues.

Ada is a software developer and Open source advocate who currently leads Developer relations at Interswitch group. She’s also the founder of She Code Africa and Open Source Community Africa where she’s focused on matters bothered around Women in tech and Open Source respectively.

At @gdglagos we knew we needed to bring all developers together in one place, and that's what we did - @Kolokodess #DevFestLagos #DevFest18 Click To Tweet

Many of the first time attendees were overwhelmed at how large the developer community was, and this was definitely a great networking opportunity for them to network with each other.

Attendees got access to speakers such as Lade Tawak –  a Design Researcher who has experience conducting strategic and evaluative user research in East Africa and West Africa and has worked on B2C & B2B products in various industries.

Lade spoke about why developers should be interested in the users of their products and gave practical steps for developers to take when it comes to understanding users.

During her session, Lade stressed about how developers are sometimes their own users.

Sandra Israel-Ovirih one of the facilitators and attendee of the DevFest shared her experience and highlights from the event.

“I had an amazing experience cause I got to meet other developers in the ecosystem and also learn about new improvements to technologies and the diverse ways developers are using Google technologies”.

Sandra facilitated a code lab on Firebase, where she taught participants how to use some features of Firebase in their web applications. By implementing and deploying a chat client using Firebase.

Below are her key highlights from the  Google DevFest.

Besides learning about new tech and everything she mentioned above, Sandra’s key takeaway was realizing that the ecosystem of developers is growing fast and we need to organize meetups and groups to keep growing talent.

Sandra is a self-taught front-end Developer. She has experience in building beautiful and progressive web apps. She is enthusiastic about solving problems with technology through a combination of technical knowledge and a keen eye for design

Want to connect with other female developers and join the developers’ community? Sign up here.

See more photos from the Google DevFest Lagos 2018 below: 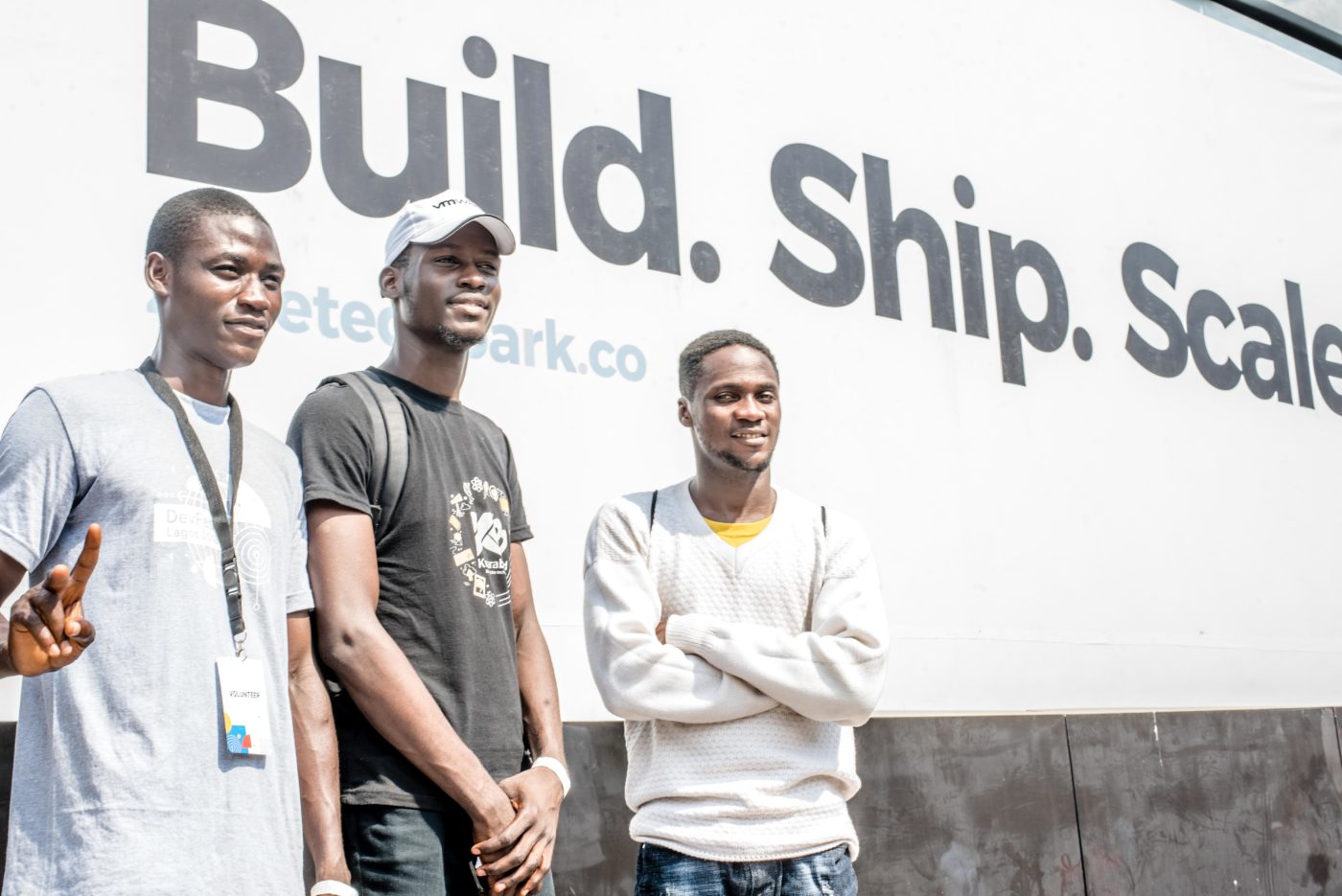 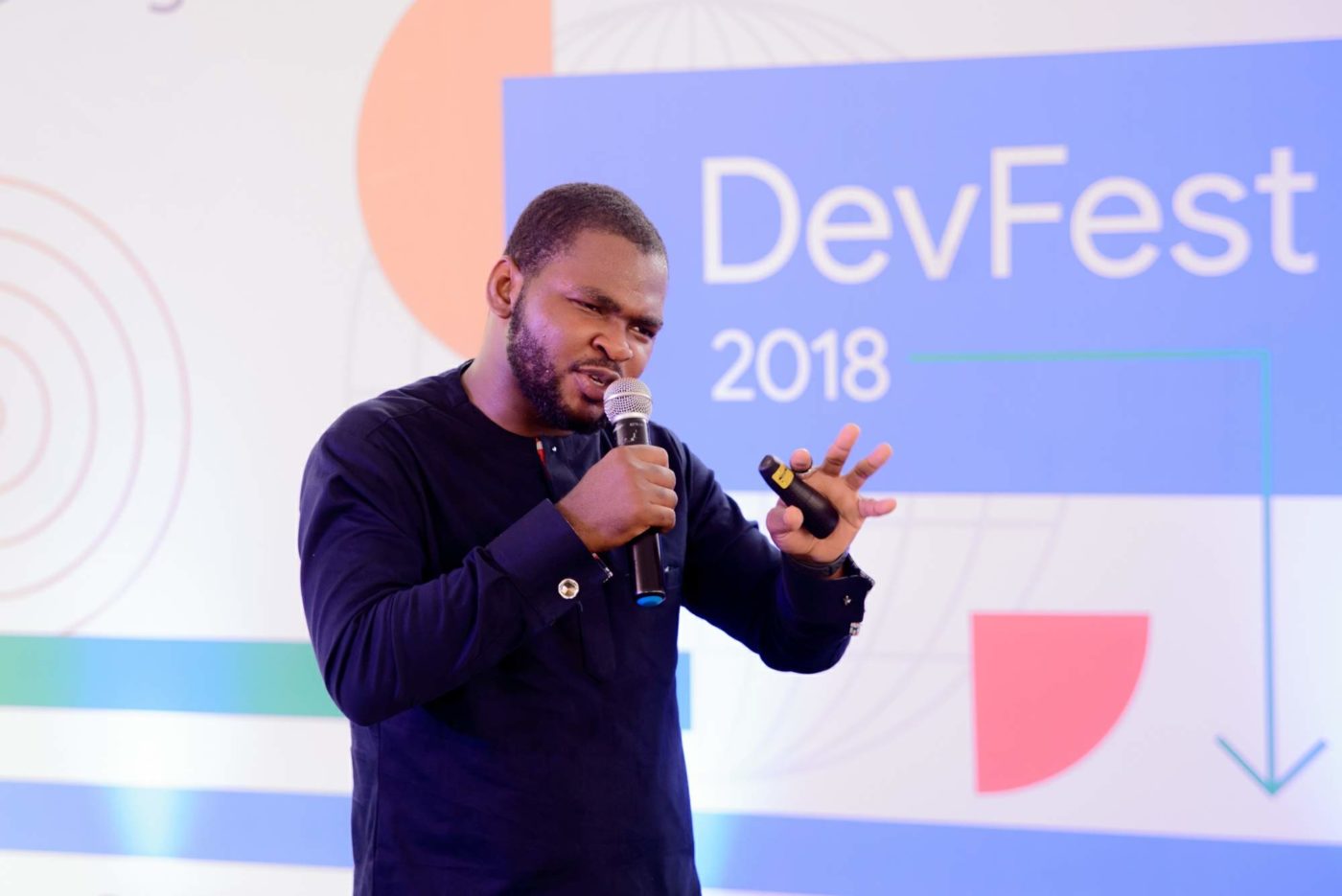 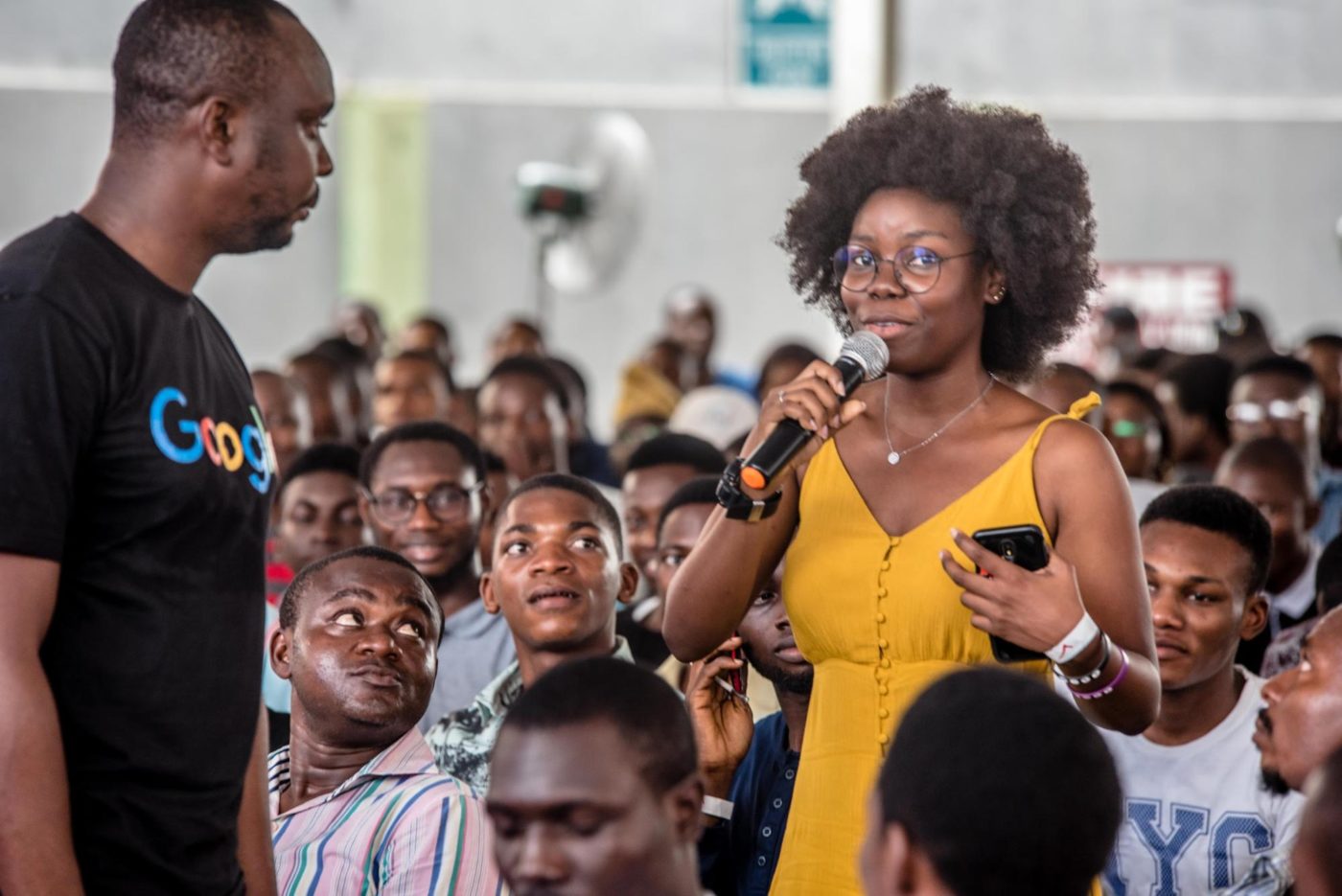 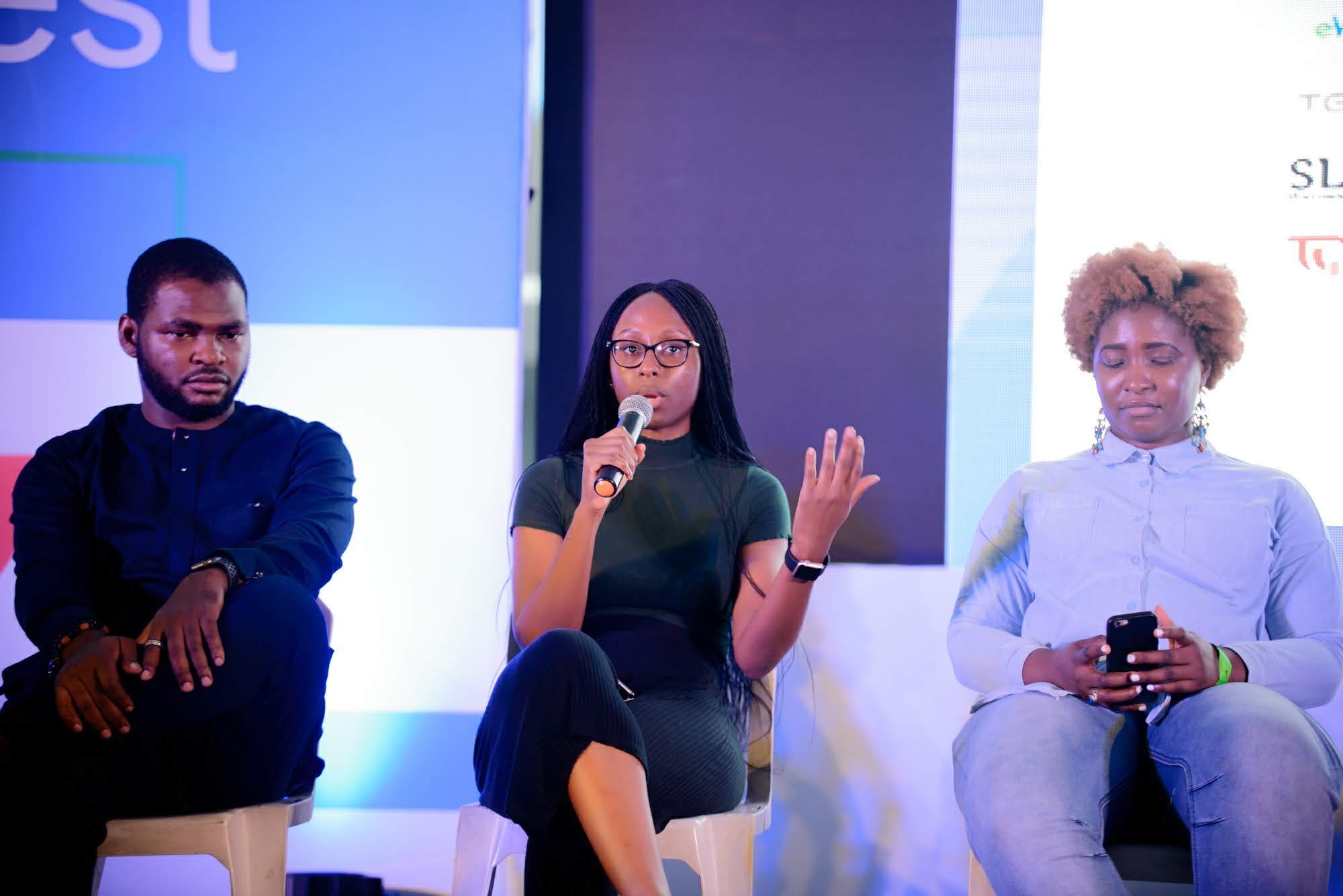 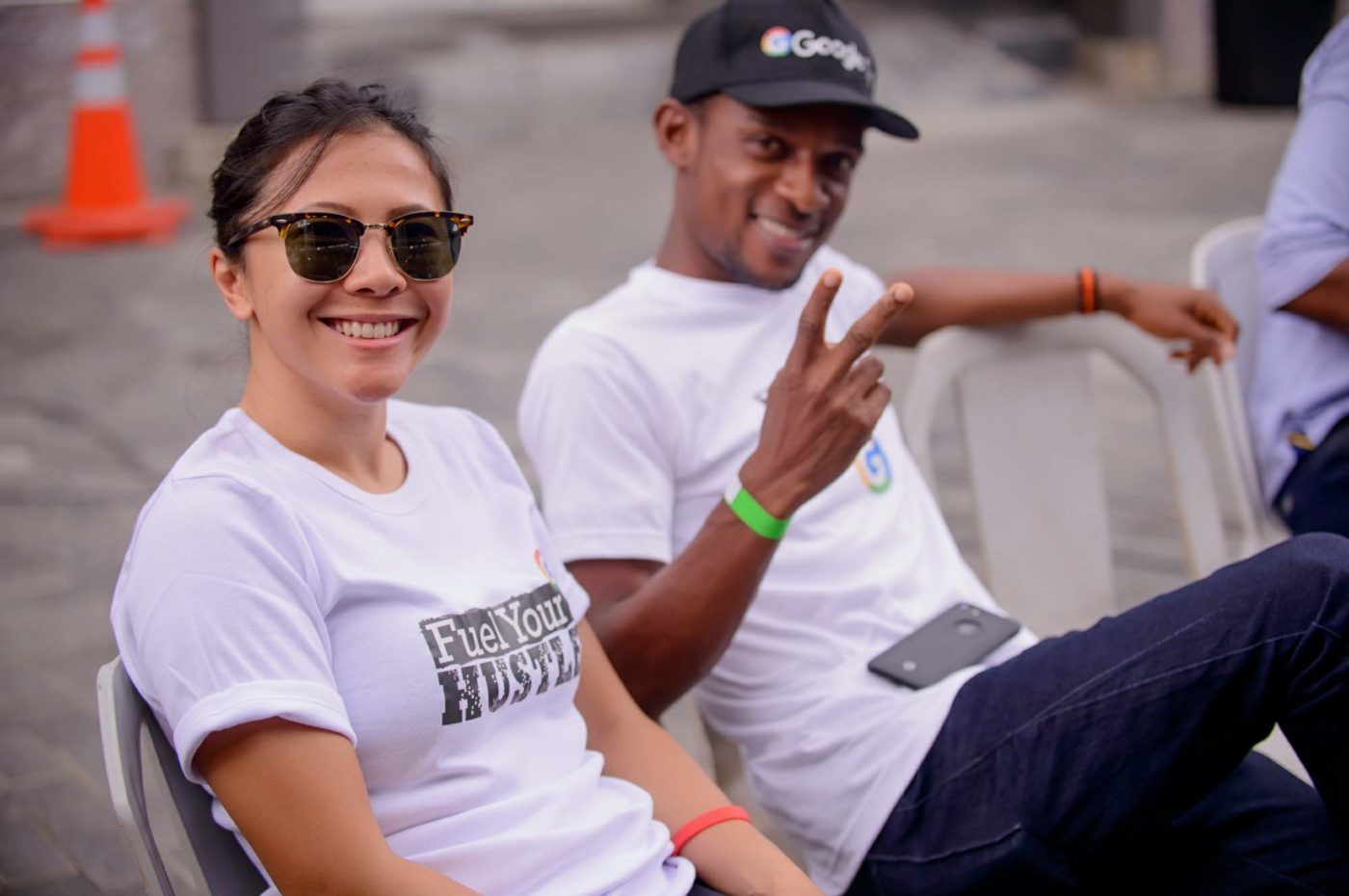 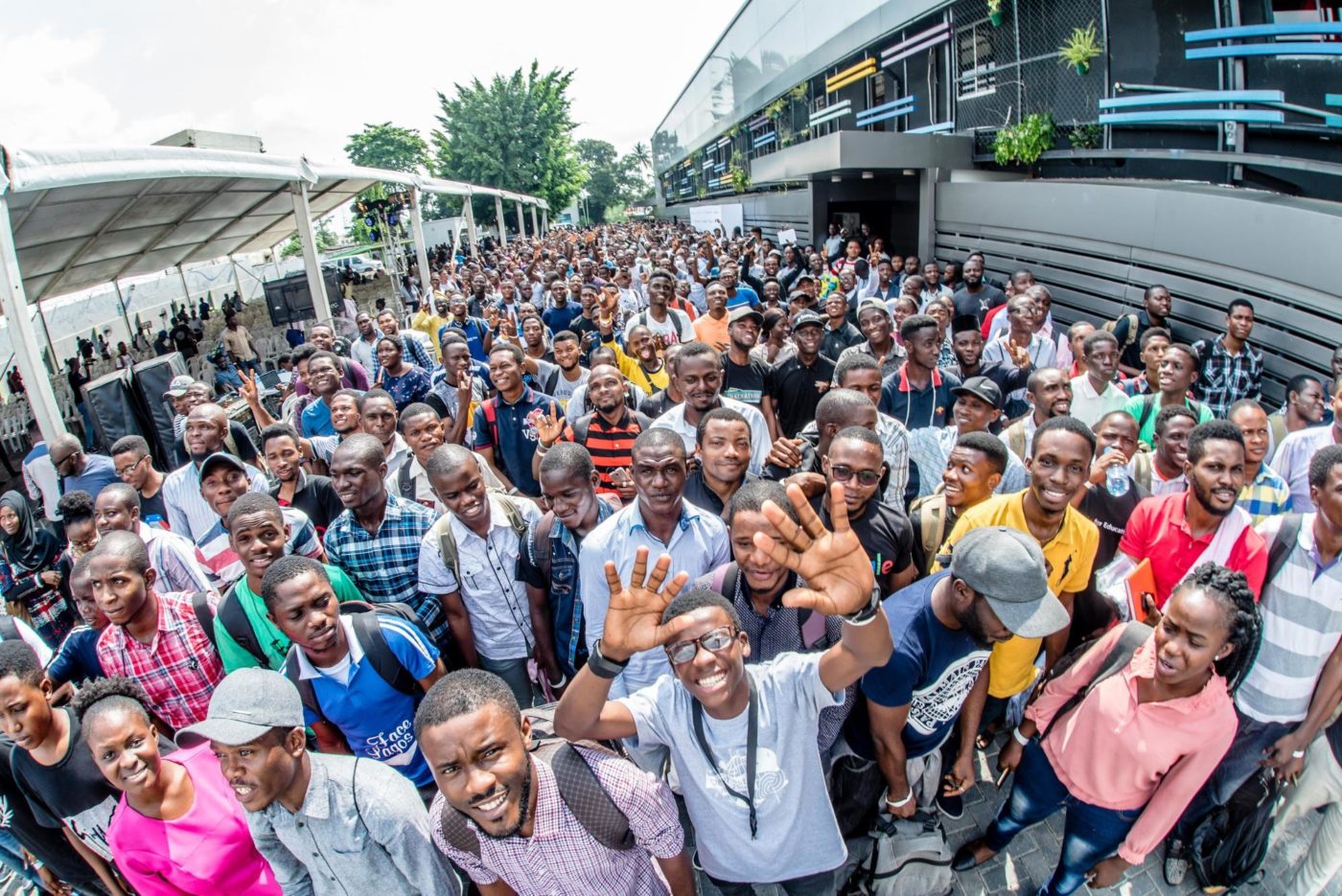 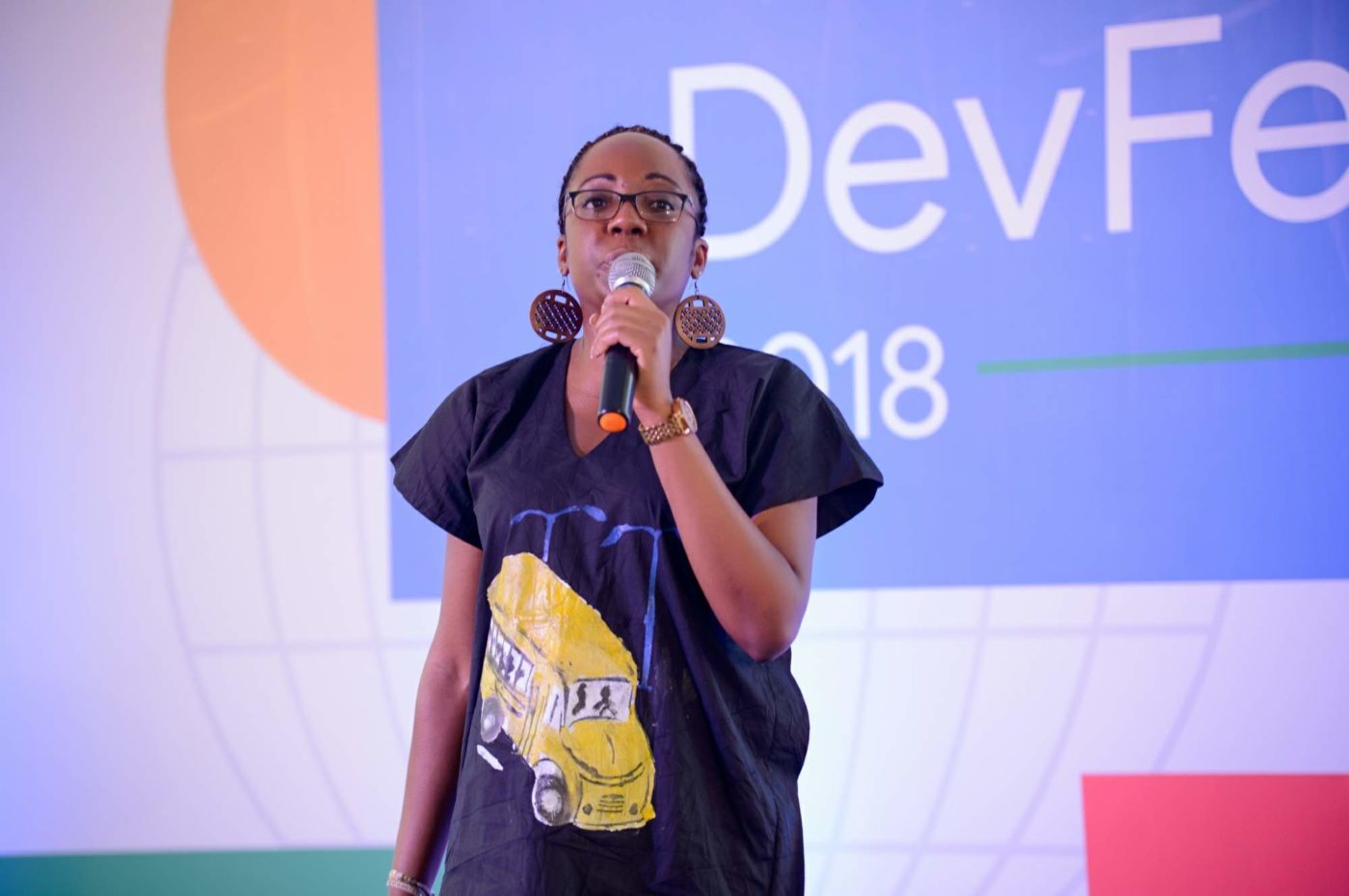 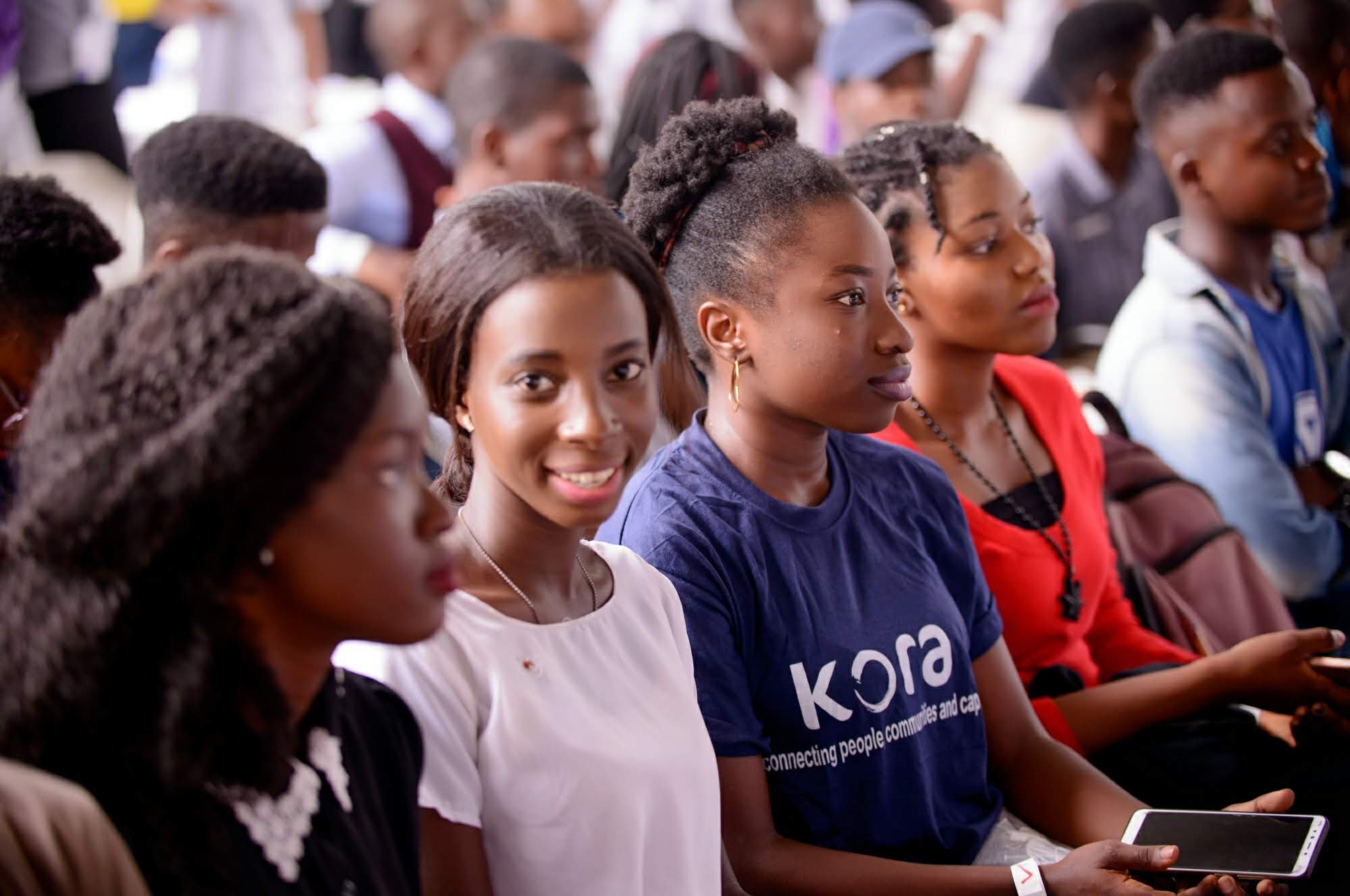 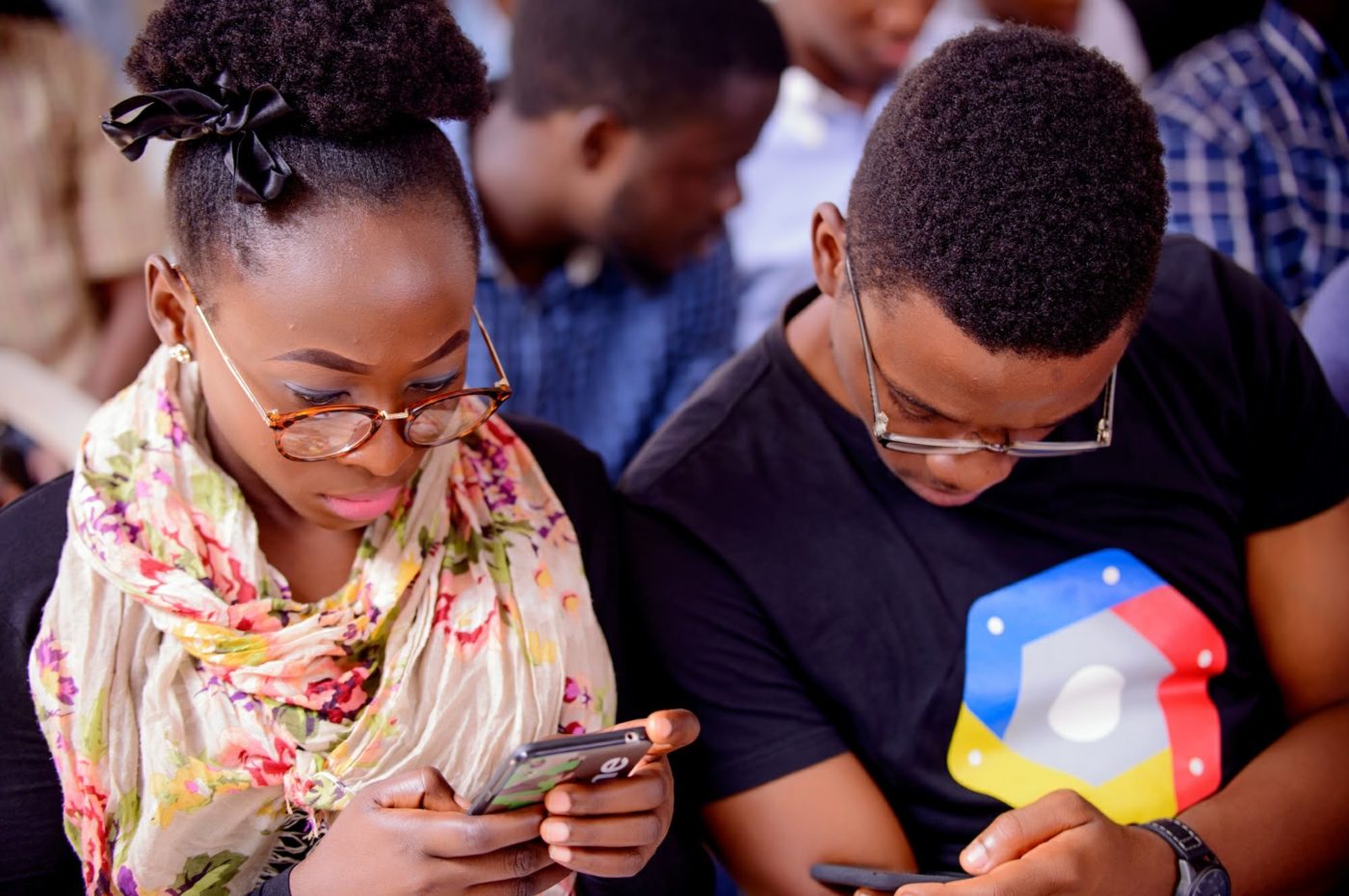