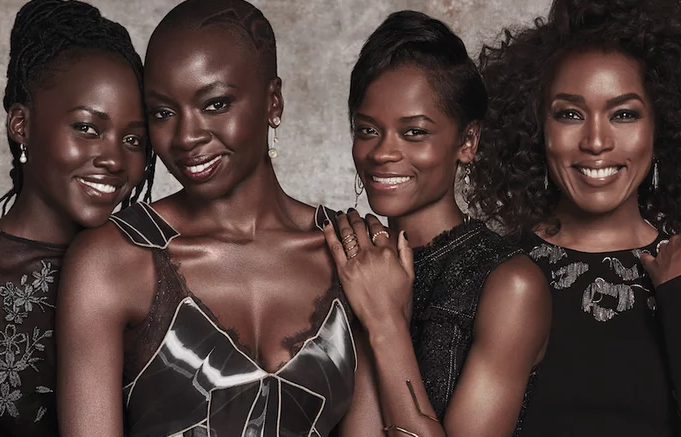 For weeks on end, Africa has been celebrated across continents. There has been a glorious showcase of its beauty, wealth, culture, resilience and diversity, on screen.

From both young people and the people, many around the world have come out to embrace the African heritage. The Wakanda fever has seen people dressing in African fabric, rocking natural and bald hairstyles, and chanting Xhosa battle cries.

With a worldwide box office record or $897 million according to Forbes Magazine, Black Panther has had a phenomenal influence on the world. Originally a comic book, this story has changed the narrative of black characters in comic books and in the media. And instead of the typical American superman, we are now seeing an African, black, superhero!

But this is not it! Other than T’Challa’s superhero skills, we see women who do more justice to #girlpower than Wonder Woman or Cat Woman ever would. Nakia (Lupita Nyong’o), Okoye (Danai Gurira), Ramonda (Angela Basset) and Shuri (Letitia Wright), showcase the strength and power of women who slay!

Writing about women who slay is something that Nnedi is familiar with. Her award-winning Afrofuturistic novels combine culture and science to break the limits and the usual narrative of girls can do.

This passion is what led her to bring her unique brand of storytelling to Wakanda land. As the latest writer for this Marvel comic series, Nnedi seeks to remind us that our stories as Africans, as women and as superheroes, need to be heard.

In changing the African narrative, we help the world recognize that Africa can create solutions towards the world’s development. But more importantly, we showcase the depth and diversity of the African people and their heritage.

Finally, through her contribution to Black Panther, Nnedi hopes to challenge people to rearrange their thinking. It is possible to create a new Africa. By telling these stories of Africa’s great future and her present achievements, we will create this new world that others have no option but to believe in!