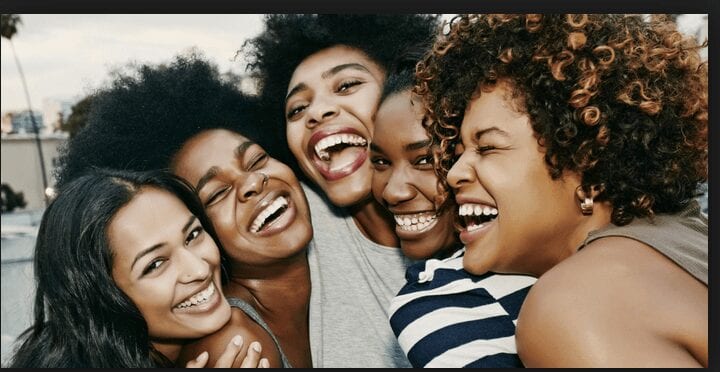 In 2015, investments in African startups grew by over 100 percent. Approximately half a billion dollars was invested, notably through large funding rounds for technology companies like Jumia, Konga and Takealot.  Konga raised a $3.5 million seed round in 2015. The startup reportedly grew its 2014 revenue 450% from 2013. In 2014, Konga finalized a $40 million Series C round at a $200 million valuation.

While there’s no doubt that African startups are growing tremendously, we are also at risk of leaving an important sector of the society behind.  Amid this impressive growth in technology startups, equity investments in companies founded or run by women are infinitesimal.

Imagine if you, yes you, lady, had invested in Konga in 2012 after founder Sim Shagaya accepted his first seed round, your portfolio would have done better than the Nigerian, Kenya and South African Stock exchange combined.

Impressive statistics right? Well, here are some not so great ones:

Of the world’s 1,826 known billionaires, only 197 are women. Studies show that the majority of women believe they don’t have the money, background or risk appetite to make angel investments. However new technologies and inventions have pushed the frontier for people from various financial abilities and backgrounds independent of gender.

Building an investment portfolios can help a woman take control of her financial growth and security and avoid dependency.  Taking control in a world where the markets don’t care whether you are male or female can really build self esteem.

The richest women in the world hold their wealth in equity holdings in companies (whether inherited, worked for, or acquired- worryingly only 29 of the word’s 197 female billionaires are self made, the rest are inherited from husbands or fathers). Christy Walton, inherited a stake in retailer Wal-Mart, and retains the title of world’s richest woman.  In China, investments are the second highest source of income for its wealthiest women. Our African sisters are not left out. Folurnsho Alakija’s $6.44 billion net worth comes from a 60 percent stake in one of Nigeria’s most prolific oil blocs.

The controversial Dos Santos’ portfolio includes a 25 percent stake in UNITEL, 7 percent in Portugal’s Galp Energia, 19 percent in Banco BIC, an initial $200M investment in Efacec power co, and a controlling stake in Portuguese Telco Nos SGPS, to name but a few.

Self-made women billionaires have even more intriguing stories. Doris Fisher cofounded gap with a raise of $63,000 to open their first store, today the company is worth $16 billion, of which Fisher remains a large shareholder.

With technology disrupting the hotel and transport industries with Uber and Airbnb , it is now also playing a disruptive role in the finance sector. No longer do you need millions to be an angel investor. The emergence of the equity crowdfunding sector now allows businesses sell shares to users for as little as $10!

The idea of raising finance from a group of people is not new, however the Internet has made it easier by reducing transaction costs and increasing the pool of financiers. With Africa’s rising GDP, our continent’s hosting of six of the world’s fastest growing economies, and our immense population- we have an environment that can play host to start ups with the potential to be the world’s next blue chips.

Equity crowdfunding is like donation crowdfunding, except as opposed to just donating money, you get the opportunity to buy shares in early growth businesses. European and North American equity crowdfunding platforms have raised over a billion dollars for local startups in the last few years and created millions of jobs in the process.

Equity crowdfunding is poised to do the same for Africa with the launch of Malaik. Malaik is Africa’s first impacted focused crowdfunding platform. Malaik gives  investors access to the continent’s opportunities, and mediates its risk with a four step due diligence process. The combination is a fresh application of technology that can unlock massive potential in the world’s most promising markets.

Malaik’s unique lead investor format allows the crowd to piggy back on deals by notable investors who act as leads, conducting their own due diligence and investing their own money, opening large scale investments previously reserved for experienced investors to the crowd. Malaik makes it possible for everyone to diversify their investment portfolios.

So now, with the click of a button, women can take control of their financial futures.

Sign up today and invest in your future and perhaps your portfolio will be highlighted on The Forbes List one day.