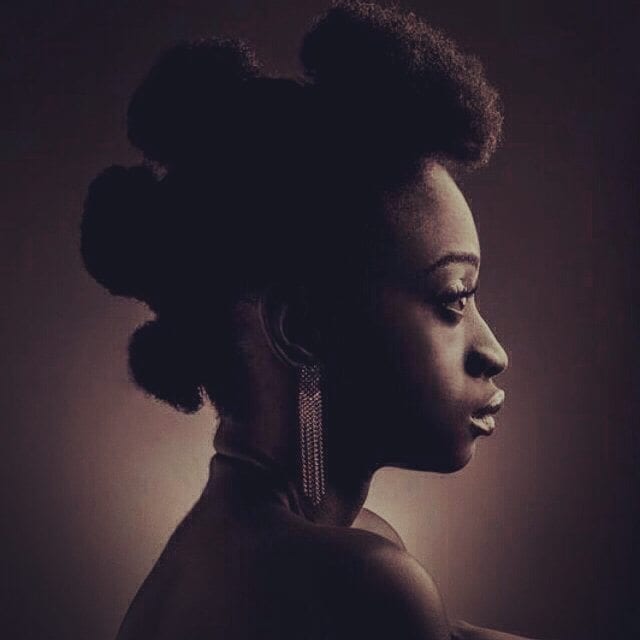 Adomaa is a Ghanaian fast rising afro-jazz singer  who is known for her distinctive style of singing, insightful messages, and creative video concepts. This sensational artiste who believes that music is her drug has chosen to pursue a genre which is totally different from what people are used to. Though she faces disapproval from people who do not relate to her style of music, Adomaa still holds on to what she loves and believes afro-jazz is the next big thing. Judging from the recent Vodafone Ghana Music Awards show where she won the 2016 Unsung Artiste of the year, we believe Adomaa is underway to success.

Why did you choose the afro-jazz music genre?

I wouldn’t exactly say I chose the genre. It’s who I am and how I know best to express myself. I grew up on a lot of jazz, blues, and soul till it became part of me. When the decision came to pursue music as a career, it’s what came instinctively. Still staying true to my love for jazz, I wanted my Africanism to be represented in my music as well. So, I decided to fuse the Jazz sound with African rhythm, hence the name: Afro-jazz!

What makes you think this genre is here to stay?

When I started, I was truly stunned by the overwhelming response from the public. I didn’t think anyone cared about the type of music I did because it isn’t mainstream. The feedback though made me realize that there’s a huge market for Afro-jazz here! It’s still in its beginning stages but it’s catching on. It will soon become a staple!

What would you do if this genre does not get and hold the attention and crowd you expect?

I don’t think that will happen because like I said so far, the feedback has been massive. It can only grow and it is growing. Nonetheless, even if no one was ever interested, it’s still where I will be because quite frankly, it’s who I am. I can’t change who I am.

How is Afro-jazz different from the other music genres? Why should we look out for this genre?

Afro-jazz is simply a unique blend of jazz, blues, soul (basically vintage music) with an African rhythm or flavor to it. Jazz is not a popular genre of music in these parts and even outside, it’s still somewhat low key. The fusion is very different from what we are used to hearing. It’s music like you haven’t heard before. It’s a refreshing, fresh and unique. Who doesn’t want all that? 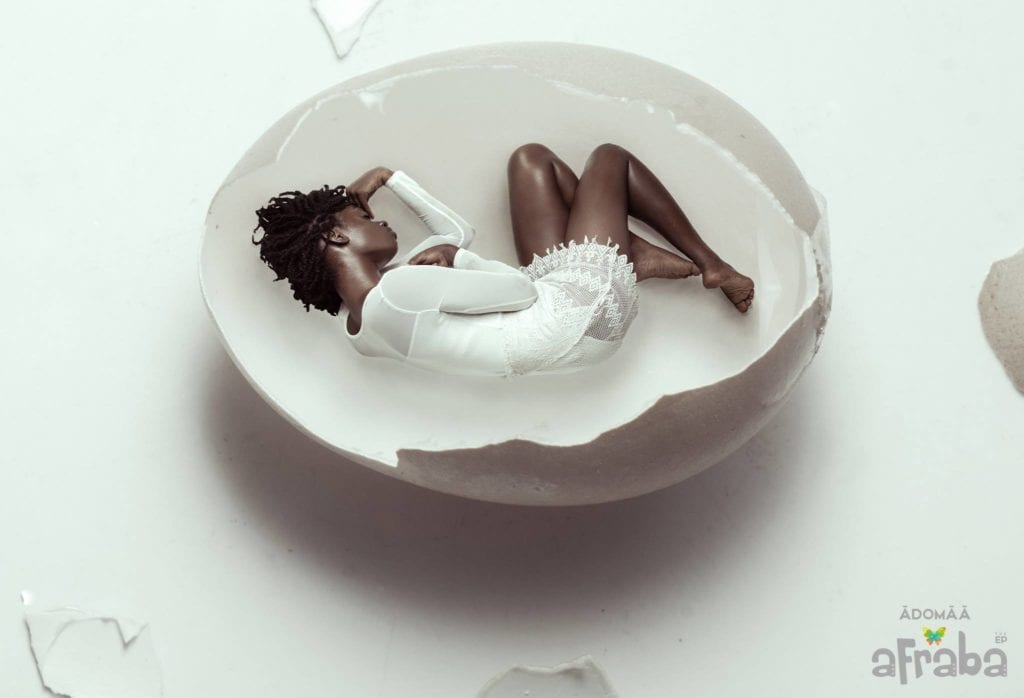 Which other musicians are taking or have already taken the Afro-jazz route?

It’s still fairly early days to say any artiste, in particular, has taken this route. But there’s this super talented singer, Cina Soul that has released some music along those lines. Also, I haven’t heard of anyone before me doing what I do. It’s a new wave of music that I’m proud to say I’m pioneering.

Tell us Adomaa, is your type of music for everybody? What’s your target audience?

Music is universal and Afro-jazz is no different but for now, I think it boils down to preferences. It will take sometime for some people to warm up to it but it will catch on eventually. A classic example is dancehall. Who ever thought it would be the most popular genre in Ghana? My target is everyone! For now, though, I’d say the people who appreciate it the most are the middle class to elite groups of people.

Since you started singing, what has been your major challenge and how did you handle it?

My biggest challenge since I started has definitely got to be my stage fright. I used to dread live performances and would have panic attacks and meltdowns but the best way to overcome an obstacle is to face it. There’s been a tremendous improvement over the months and it can only get better in the years to come. I love being on stage now.

What is the worst thing anybody has said about your type of music?

It’s boring and for old people. Oh, but that’s about to change.

There were some rumours about how you did not deserve to win the Vodafone Ghana Music Awards unsung artiste of the year, how did you handle this issue? What provoked this rumour?

Ha! This issue… Well, you know I started out with doing covers and recreating other people’s songs. It’s what put the spotlight on me and probably what most people still know me for. In the category I was in, the other nominees (Feli Nuna, Wan-O, Ebony, Nii Funny and Perez) were more deserving because they have put out original content. I have original content out as well but I guess the covers are more popular.

Some people didn’t even know I had my own songs out there so there were questions about why I was nominated in the first place. For me, negative comments fuel me. It made me want to challenge myself even more to sell the genre till it becomes a household name. It’s my main goal now. 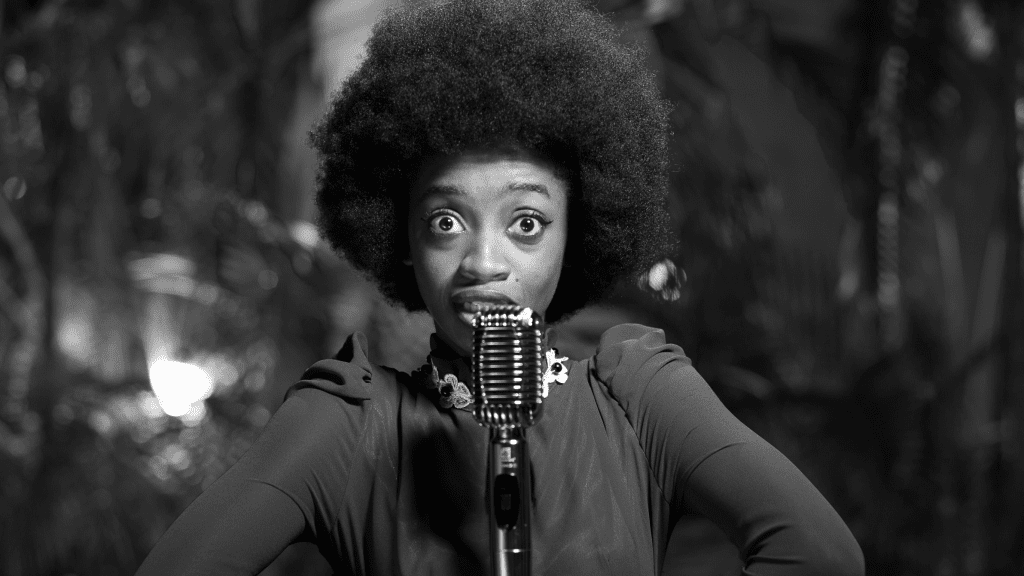 How do you react and respond to criticisms?

I listen, sieve through to see if there’s anything to learn, take the constructive ones, discard the chaff and move on with my life.

Why do you think your type of music is critiqued?

It’s different. It’s a change from the normal. People don’t welcome change easily. That’s normal. It takes a while to embrace what you don’t understand. The criticisms are to be expected when you decide to break away from the norm.

Have you ever considered switching to another genre?

I’ve explored a little. My EP, Afraba was solely for that. I tried pop, rock, highlife, classical music, etc. but my heart still belongs to Afro-jazz. Of course moving forward, I’ll still venture out some more but at the core, Afro-jazz is who I am and who I’ll always be.

For our readers who have never heard your music, explain your sound in 5 words.

Madison Square Garden and the Grammy’s. That would be a milestone for me.

Opening for Asa or Erykah Badu would be major! I doubt I’d be able to sleep after that.

Do you play any instruments? What hidden talents do you have?

Yes! I play the recorder. It’s in the flute family and I’m currently learning to play the guitar and would want to learn the sax too.

What personal advice would you give to someone wanting to pursue this career with a unique genre like yours?

People try so hard to fit in because they think it’s the fastest way to make it. I say, yeah you’ll make it but will you last? No one can do you better than you, so be you! Also if you must, dare to be different. It sets you apart.

What’s your motto or the advice you live by?

If you dare to be different and unapologetically you no matter what and always keep a positive outlook on life, you’re basically going to be unstoppable.