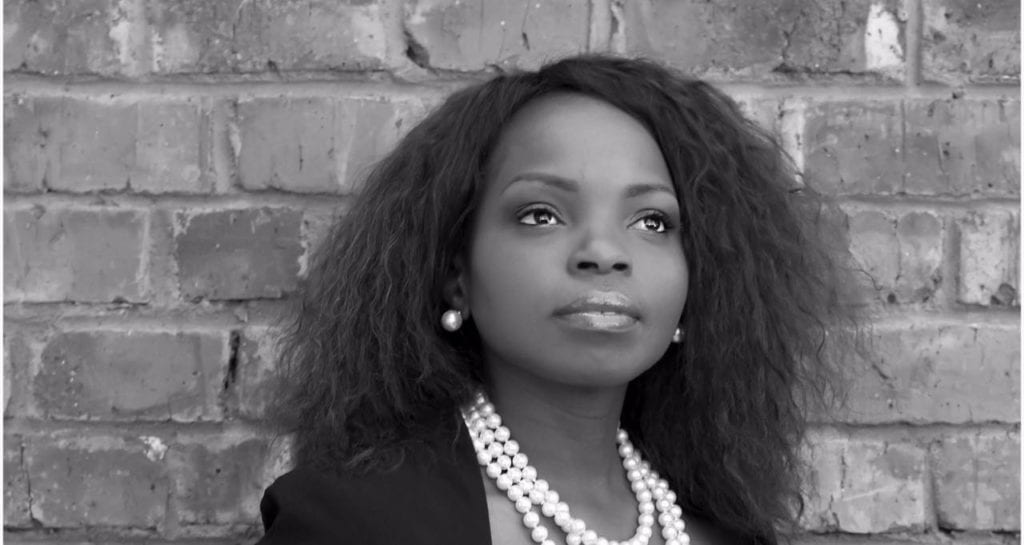 Nyaradzo Mavindidze, the Managing Consultant of Avodah Consultants, is a Holistic Leadership Expert who is passionate about developing the ‘uncommon sense’ in leaders, thus going beyond the five senses. A psychologist by profession, she enables leaders to draw on their inner and outer natural resources thus shifting personal paradigms and beliefs leading to transformed organisations.

Over the years, she has developed herself as a brand to reckon with in dissemination of lasting solutions to performance deficiencies in individuals, leaders, and organisations. She says, “Every one of us already has power, it’s just a matter of peeling away the stuff that shadows who you are and what you are capable of…”

As a coach, Nyaradzo creates an environment where you and your dreams, your challenges, fears, and victories are the focus. A time and space to be you, to find out who you are and what you want, and to then go out and create that despite external environmental challenges. 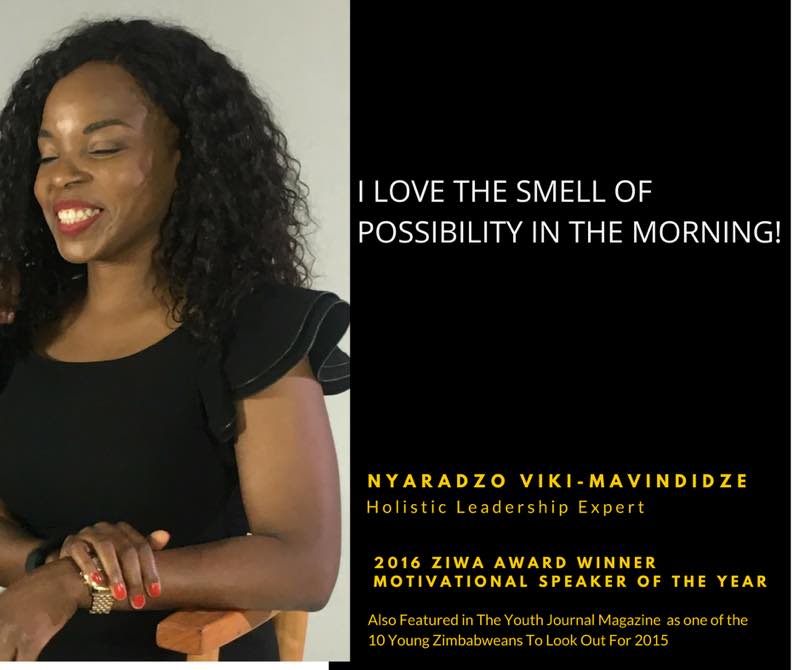 Nyaradzo is a high-energy speaker with boundless energy and wit who is able to combine inspiration with insight. Her charismatic style and ability to engage emotionally with audiences have made her a sought-after keynote speaker delivering proven solutions on topical issues for corporations. Her mission as a speaker, coach, and trainer is to empower organisations to achieve sustainable success through holistic development and cognitive reconditioning.

She has published a motivational journal, ‘Motivation for Success: Morsels in the Desert’ and is the co-author of; ‘Breaking the Glass Ceiling: Career Strategies for Women’. Her motivational articles are published in local magazines and tabloids. She currently writes a motivational column ‘Motivation for Success’ published in The Business Herald every Monday. She makes guest appearances on local radio and has been interviewed on a MNET TV program. In 2015 she was on the list of Young Zimbabweans to Watch’ and is the 2016- ZIWA Motivational Speaker of the Year.

Nyaradzo is also the founder of QueenMakers Trust whose mission is to empower female leaders through training, mentoring and coaching, thus enabling them to contribute into the mainstream economy.

How was Avodah formed?

Avodah was formed through a series of events. Having been in the NGO and corporate sector for close to a decade, with Viva Network Dandy Zimbabwe and Standard Chartered, I took a career sabbatical and went to Uni in the middle of a third pregnancy. Halfway through my degree, I started a clothing business: Sheba’s Closet, in an upmarket area in Harare. I travelled to Asia and Europe at least once a month to purchase clothing for the two shops that I had acquired.

After graduating in 2008 Avodah was formed with the realisation that it was virtually impossible to get back into formal employment due to the state of the economy. I decided to run the 2 businesses, my love for fashion and my natural speaking talent. It focuses on soft skills training, human capital development, recruitment, and coaching.

Avodah is a Hebrew word meaning work is a form of worship. I believe that as you are working, you are exercising and using your gifts that were placed inside of you, thereby giving glory and worshiping the giver of that gift.

In 2012, I went through a life altering experience that got me thinking about my purpose, passion, and desires. This led to me closing Sheba’s Closet to focus on something that left a legacy for my children. I knew that I was not going to be able to develop it to the level Edgars and Truworths (regional clothing stores), so I decided to focus solely on Avodah.

Every one of us already has power, it’s just a matter of peeling away the shadows Click To Tweet

What were the major start-up challenges?

I started Avodah during the 2008 recession period. I was going in the opposite direction of the economy. The only reason I have managed to survive is my work ethic and excellence.

I believe when you function in your area of passion and strength you have more staying power.

Tell us a bit about QueenMakers?

QueenMakers is a passion. I am passionate about women’s empowerment. I started QueenMakers to assist women developing themselves to function at their maximum potential. Culture, religion, politics, economies, and societies have made women a secondary species and made them feel like they don’t deserve a seat at the decision-making and power table.

QueenMakers is an organisation where women come together, get trained, motivated, coached and inspired to reach within themselves and polish their potential. We network, encourage, expose women to opportunities that are around them, help them maximise their potential and occupy centre stage. 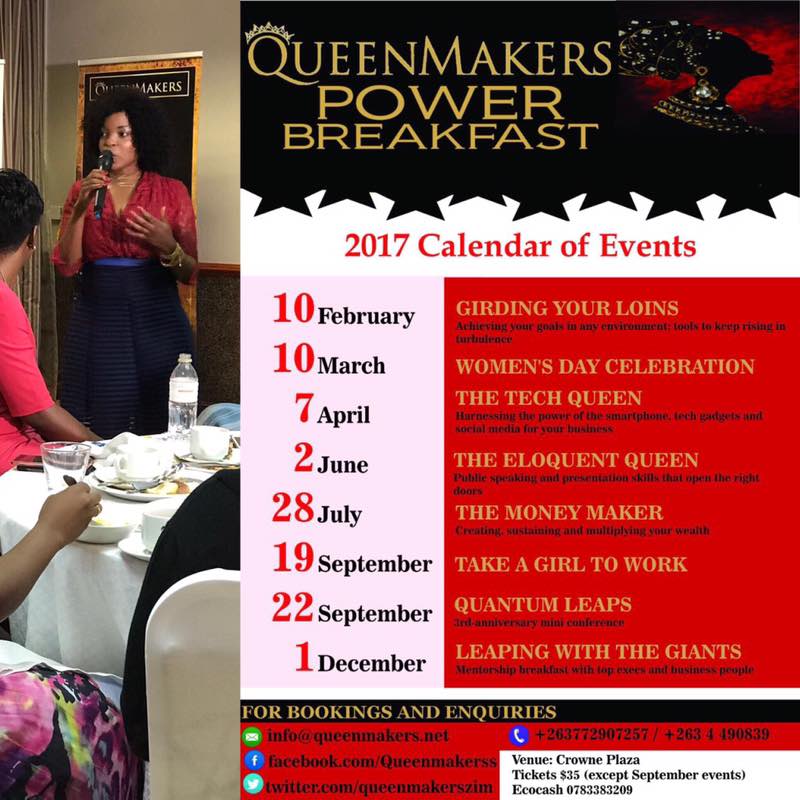 What are some of the challenges that you have faced as a black African woman?

Most of my challenges as a black African woman have been self-belief and going past that little voice inside your head that says it’s impossible.

I have had to work hard to develop my confidence to put myself out there.

What more can government do to support entrepreneurs in Zimbabwe

I believe women have not even begun to utilise the ‘little’ that has been put on the table for them. Before we can ask for more we need to sweat what has been offered thus far. There is more that they can do but it’s also more of what we as women can do.

For example, there has not been that many women in politics. Our generation aspires and desires, complains and bickers but no one has really stepped up, very few women take up such roles.

As you are working, you are exercising and using your gifts that were placed inside of you Click To Tweet

What lessons or advice would you give your younger self?

Be bold and not afraid because fear is not real. It needs to be challenged through the stretching of our minds.

What can we look forward to in the next five years? 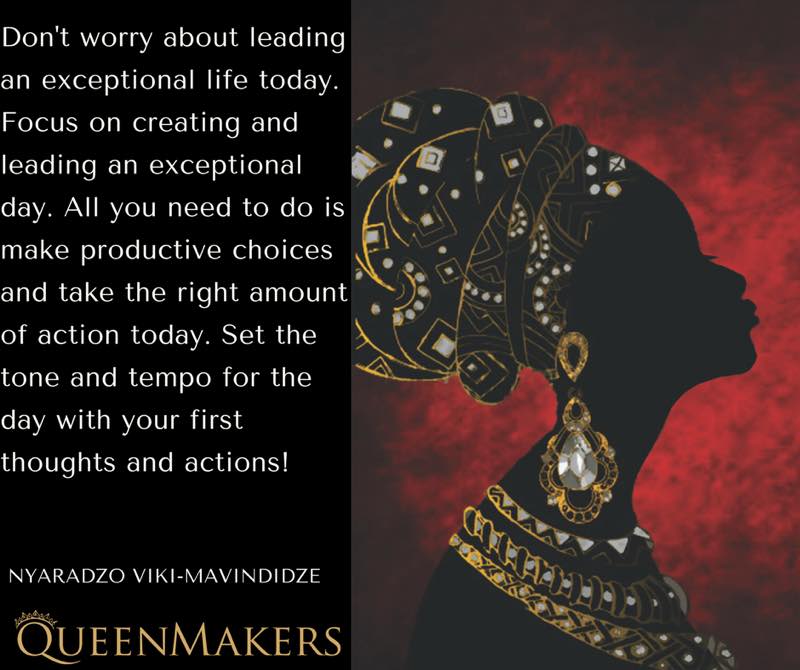