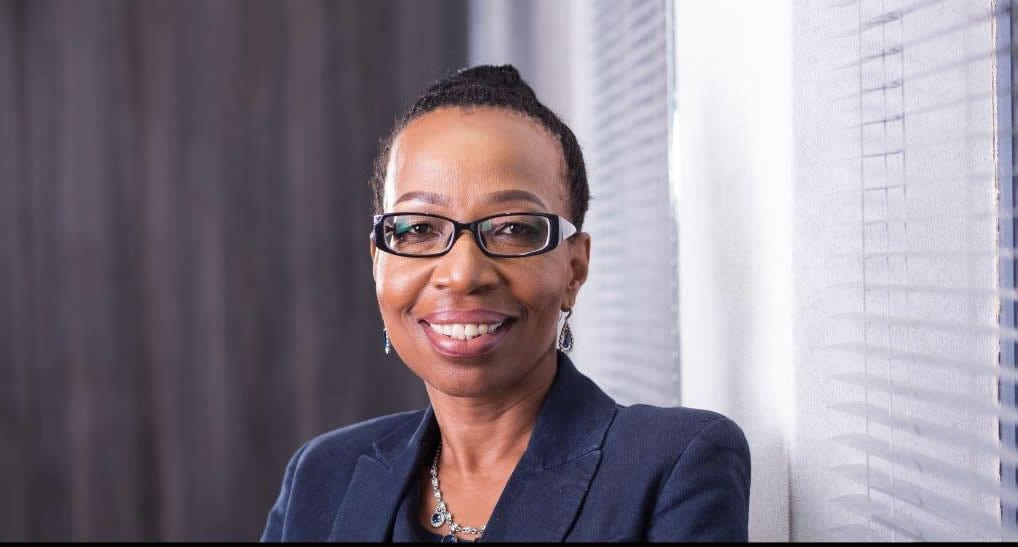 Catherine Lesetedi is a graduate of Statistics from the University of Botswana. She has built a career in the insurance industry since she joined it in 1992. Currently, Catherine is the Group Chief Executive Officer of Botswana Insurance Holdings Limited (BIHL).

She has built her career from scratch, and over the years, she has been adamant that adopting a flexible style of leadership is beneficial for leading an organization and getting the best out of her team.

Her career so far…

Looking at Lesetedi’s career, nothing about her story and her leadership principles and philosophies are ‘textbook’. Her style of leadership is pliable and acrobatic. It lends itself to whatever situation she and her team are in.

She’s extremely driven, open and open-minded, preferring to lead from behind, pushing her team forward, encouraging their gifts and honoring their intellect, allowing them to innovate, to grow and give to the business what she cannot.

Catherine maximizes on their strengths and makes sure that wherever there are gaps, there are people who are passionate, willing and able to execute and fill them.

There is nothing predictable about Catherine Lesetedi. Even her choice of Statistics as a field to study at the University of Botswana (UB) was a bit of a wild card, even for her.

She describes it saying, “when we were making choices about what to study at varsity, we didn’t really know much about careers, to be honest with you, I didn’t know anything about Statistics until I got to the Department of Student Placement at the Ministry of Education.”

“I was late; my father and I had run out of fuel. By the time we arrived, I was out of breath, and I had forgotten my initial course choices. My brother, who I really admired, had studied Public Administration and Political Science, and that’s what I wanted.”

“They said that that weird combination didn’t exist, and told me that I was going to do Statistics and Demography.”


“If you think something is difficult, it becomes really difficult. If you think you can do it, sometimes you even surprise yourself.”
– Catherine Lesetedi,
CEO, BIHL Group

She studied Statistics at the University of Botswana, and even though her journey into that field was incidental, once there, she made the best of her situation, excelled and gleaned many things that she took forward with her into the rest of her life.

Certain experiences and her mindset set the stage for her early career and propelled her forward.

According to her, “in terms of decision-making, logical thinking, the confidence, and aptitude to learn; the program grounded me.”

“I may not use the formulas every day, but there are skills that I gained that I apply on a daily basis, even if I don’t recognize that ‘this is Statistics.”

The mathematical element empowered her to be able to engage with budgets and numbers, and not shy away from that aspect of whichever job she did.

Her philosophies for life…

All of the disciplines in the world are interrelated, so having a good understanding of what is going on across the board is beneficial for one; especially if a young woman wants to build herself up and build her career.

This is something she practices herself because, throughout the course of her career, she has gradually improved upon her leadership skills, attending leadership courses and taking on the responsibility of self-improvement.

Doing this has encouraged her to take a deeper look at herself; what drives her and pushes her beyond her own limitations. This outlook has put her in good stead as a leader, as someone who encourages others, ensuring that they are able to get the best out of what they need to do.

As a mentor, both personally and professionally, the story that she tells, the
example that she sets, is one of “show up and do your best.”