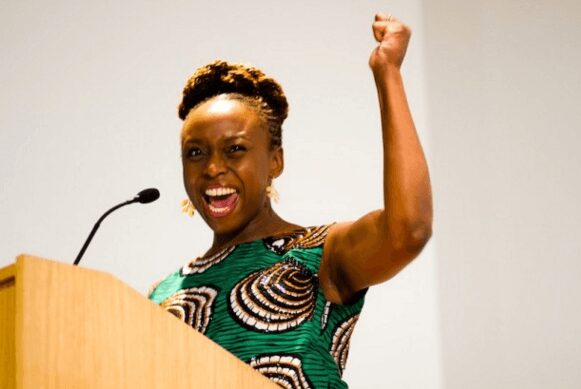 Nigerian writer, speaker, and activist, Chimamanda Adichie, is beloved by many. The award winning novelist and Ted talk sensation is fiercely revered for being a thought leader on Africa and contemporary African politics. With her recent feature on Beyonce’s self titled album, Beyonce, many have come to know her for talk, “We should all be feminist”. But Adichie speaks on more fronts than one, from the personal and private to the institutional and public.

Below, we share 20 of our favorite quotes by Adichie that shed light on some of the topics and issues today’s boss women care about: being our true and best selves, navigating social roles, confronting gender and racial injustice, love and relationships, the motherland, and of course, money and being a creative. While short, each quote is steeped deep in history and context and is worth pondering over. 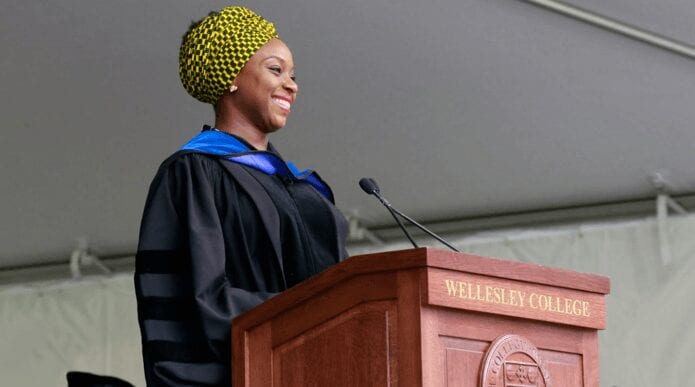 On being a powerful woman

1. Never ever accept ‘Because You Are A Woman’ as a reason for doing or not doing anything.

2. I want to be respected in all of my femaleness because I deserve to be.

3. Minister to the world in a way that can change it. Minister radically in a real, active, practical, get your hands dirty way.

4. Your standard ideologies will not always fit your life. Because life is messy.

5. Please do not twist yourself into shapes to please. Don’t do it. If someone likes that version of you, that version of you that is false and holds back, then they actually just like that twisted shape, and not you. And the world is such a gloriously multifaceted, diverse place that there are people in the world who will like you, the real you, as you are.

6. The truth has become an insult.

On Men, Love, and Relationships

7. Masculinity is a hard, small cage, and we put boys inside this cage.

8. Of course I am not worried about intimating men. The type of man who will be intimidated is exactly the type of man I have no interest in.

9. Please love by giving and by taking. Give and be given. If you are only giving and not taking, you’ll know. You’ll know from that small and true voice inside you that we females are so often socialized to silence. Don’t silence that voice. Dare to take. 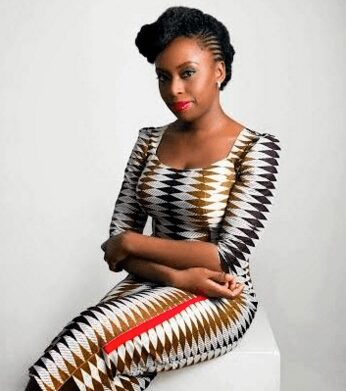 10. Racism should never have happened and so you don’t get a cookie for reducing it.

On Gender and Feminism

12. I am trying to unlearn many lessons of gender I internalized while growing up. But I sometimes still feel vulnerable in the face of gender expectations.

13. Some people ask: “Why the word feminist? Why not just say you are a believer in human rights, or something like that?” Because that would be dishonest. Feminism is, of course, part of human rights in general—but to choose to use the vague expression human rights is to deny the specific and particular problem of gender. It would be a way of pretending that it was not women who have, for centuries, been excluded. It would be a way of denying that the problem of gender targets women.

14. Culture does not make people. People make culture. If it is true that the full humanity of women is not our culture, then we can and must make it our culture.

On Africa and being African

15. I recently spoke at a university where a student told me it was such a shame that Nigerian men were physical abusers like the father character in my novel. I told him that I had recently read a novel called American Psycho, and that it was a shame that young Americans were serial murderers.

16. They themselves mocked Africa, trading stories of absurdity, of stupidity, and they felt safe to mock, because it was a mockery born of longing, and of the heartbroken desire to see a place made whole again.

17. Because although there’s a lot of gender bullshit in Nigeria, I think women in the west have a lot more invested in being liked. And being liked if you’re female means a certain thing. So in workplaces, women who are bosses in Nigeria are fierce. The people who work for them, men and women, respect them. But, these are women who very keenly perform gender stereotypes when they go back home. And if they give a public interview, they have to say, ‘My husband supported me and allowed me to …’.

On Money and wealth

18. Creative writing programmes are not very necessary. They just exist so that people like us can make a living.

19. There are many different ways to be poor in the world but increasingly there seems to be one single way to be rich.

20. How can we resist exploitation if we don’t have the tools to understand exploitation.

Which of your favourite quotes by Chimamanda did we miss? 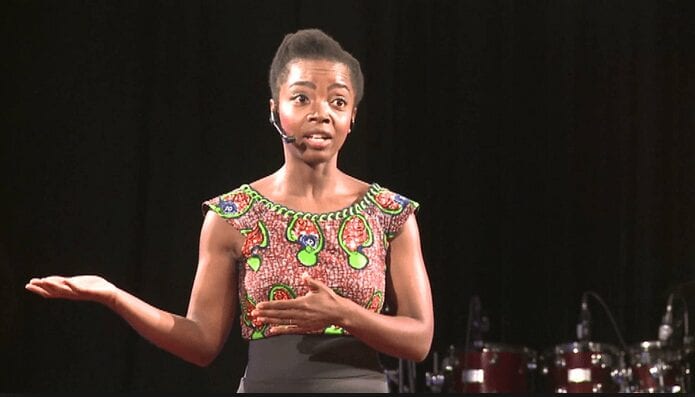