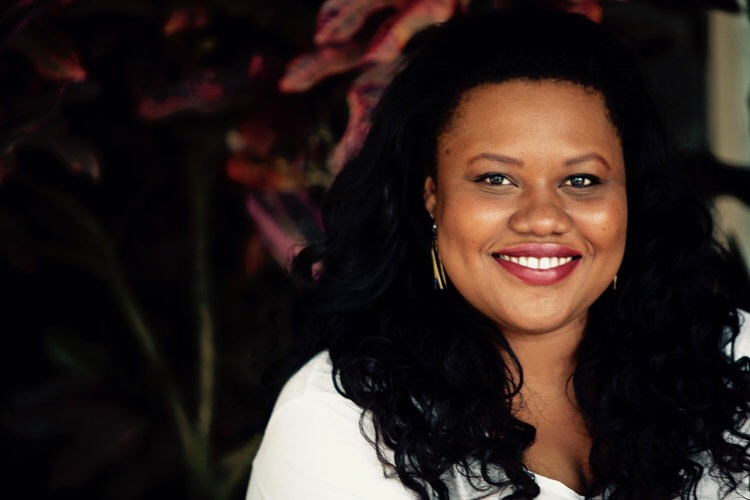 Fatou Wurie is the founder of (SDP). She is also an AWDF 2015 African Women Writers Workshop for Social Change participant, an Imperial NEXTe Award Recipient for ‘Young Professional of the year 2015’ and Illumessence Women’s National Award Honoree 2016.

Her work has been featured on the Huffington Post, Forbes, MamaYe Campaign, UNICEF Innovations Blog, Amnesty International Digital Blog, The Journalist, and others. She is a passion-driven social activist, public speaker, and storyteller.

Fatou is committed to project design that employs creativity and advocacy for policy impact which is influenced by her background in strategic communications for development.

During the Ebola crisis, I started an NGO that focused on looking at centralizing psycho-social health - @thefatoublog Click To Tweet

Tell us more about yourself

I’m from Sierra Leone. I have been working on different projects in general health, women’s health, and women activism.

During the Ebola crisis, I started an NGO that focused on looking at centralizing psycho-social health, women’s health, mental health as an intricate part of public health. We keep talking about service delivery and about fixing social institutions such as health care, but we don’t look at the fact that the country is in a constant state of crisis, and trauma.

We need to create safe spaces where people can access mental health services to be able to ensure that we can increase the efficacy of service delivery. So, I did.

I look at innovation and use it as a tool to deal with issues in health, education, and in gender issues through artistic means. So, I look at how we use tools to power our lives, especially African women’s lives and I try to broaden how we conceptualize and think about innovation.

I guess I am not a business women in the traditional sense of the term. 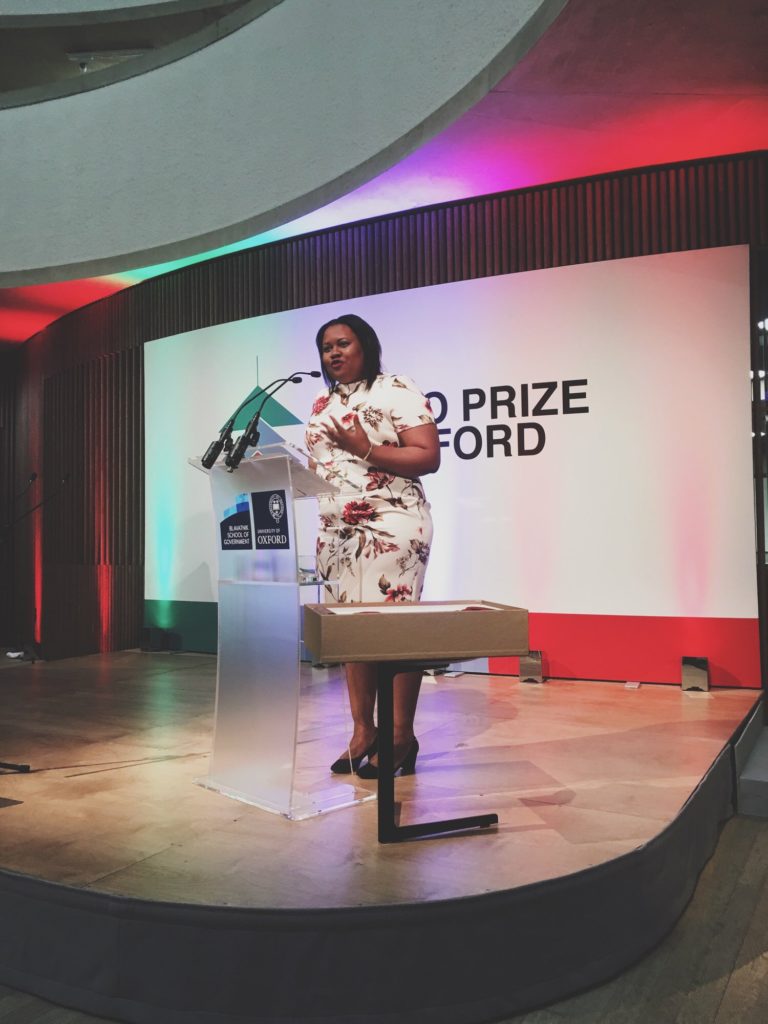 What inspired you to start the Survivor Dream project?

SDB was born out of complete frustration. I worked in the development space for about five years, mainly in the sector of regional health and reproductive health.

At that time, I was working as the gender and communication advisor for UNMEER. It was a very difficult time in Sierra Leone and I was frustrated with the development space. During the Ebola crisis and we were so overwhelmed that we were only focusing on breaking the transmission of the disease and getting more people to survive.

We really didn’t focus as much on what happened to them after they had survived. We would give them fifty dollars, a mattress, and a certificate saying: “you are a survivor”, meaning that people would now be able to interact with them.

I was interested in what happened after people had survived. We started the survivor dream project because we saw two gaps.

The second gap we identified was that apart from the people at the front line of the response, there wasn’t an actual national space for psycho-social support. People were surviving but they had no way to process what had happened to them. They had no means of dealing with internal trauma, PTSD, and anxiety.

That’s how the project was born. I do not come from that background, I just saw a need and I was frustrated. I talked about it with a friend and two weeks later we had found a space.

At the time, survivor conferences were held where they would provide food, give great speeches, do some artwork, and they would call it a day, which I thought was ridiculous. So, we just took twenty women we saw that was continuously going to the survivor conferences, and through a friend of mine, we gathered them and started working with them.

What we initially offered that was revolutionary was space for women, who had lost everything, to come to cry to think, and to deal with trauma. A space that has the tools to manage their PTSD, their anxiety, and their depression. A space where we could bring in professionals to facilitate workshops and to link them with the resources available at the time.

We tried to figure out the women and understand their issues. Their wants, their needs, and their demands are dictating what we offer while remaining as ethical as possible.

This period must have been very hard emotionally and physically. How did you survive it?

I always feel that during these types of conversations I have to take a step back and check myself. Many people were playing their part and we were all so depressed.

Unless you were in Sierra Leone, you wouldn’t understand. The entire country was in a state of shock. It was such a dark part of our reality, of our history. We had just come out of a cholera outbreak and a war. There were so many series of shocks that had daunted our community. And then the Ebola crisis came.

People at first were not believing it, until their aunts, their cousins, and doctors started dying. And we were wondering how we could this. How do you tell someone who lives in a small room with ten other people not to touch them?

How do you tell a woman whose mother is sick not to touch her? That is her mother, that is her husband, that is her daughter. You have to understand that this is a poverty-driven disease and it is poor people that are dying.

For me, it was a duty. I wasn’t there during the war, I am very privileged, so I live in a very different kind of Sierra Leone. There is no way I cannot give back to the community. 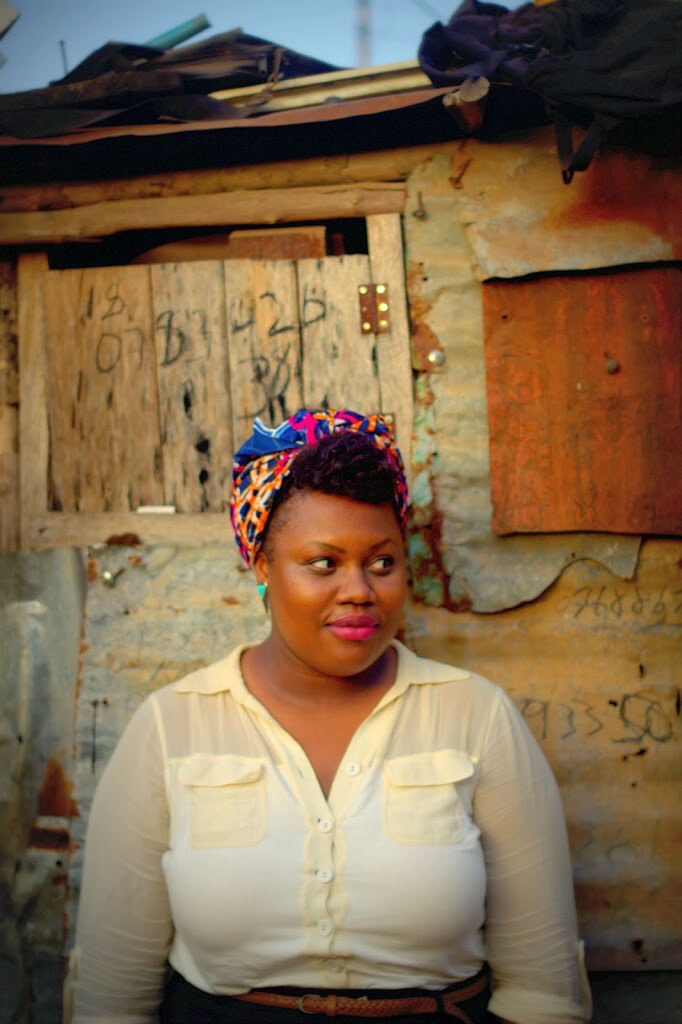 We, as an NGO, have a huge mission in terms of what we want to do. Our messaging and our programs have evolved over time and I think that moving forward we will be focusing on social innovation. We need to be able to look at mental wellbeing as a critical component of understanding public health in general, and understanding how to build resilient communities. Just because someone is doing well doesn’t mean they are resilient.

Those are the many reasons that influenced how I kept on powering through even when the women didn’t trust that I was doing this because I cared. They thought I was making money out of them.

Having come this far, what hopes do you have for the future?

If you look at the Survivor Dream Project and where it has brought me, it really is around innovating and finding a new and fresh way of looking at development, of empowering, and of creating resilient communities. It is a form of innovation.

We are trying to re-create a space that can function differently. You know, the old ways of doing things don’t work. We are therefore constantly having to find new ways to do the same things.

In the future, we need to begin talking about how people function, their mental health, and their mental wellbeing. It is a conversation I want to pick up in West Africa, especially in Sierra Leone which has been in a constant state of trauma.

I also want to be able to link mental health and mental wellbeing as tools to reimagine how we do development and how we impact the lives of young women, girls, and maybe in the long-term boys as well.

The future is very much about positioning myself within a policy activism and mobilisation space where I can take this conversation to the next level, so that communities can freely talk about the vitality of their mental state and policymaker take it into account when they are building and designing service delivery, health care systems, and business enterprise initiatives. 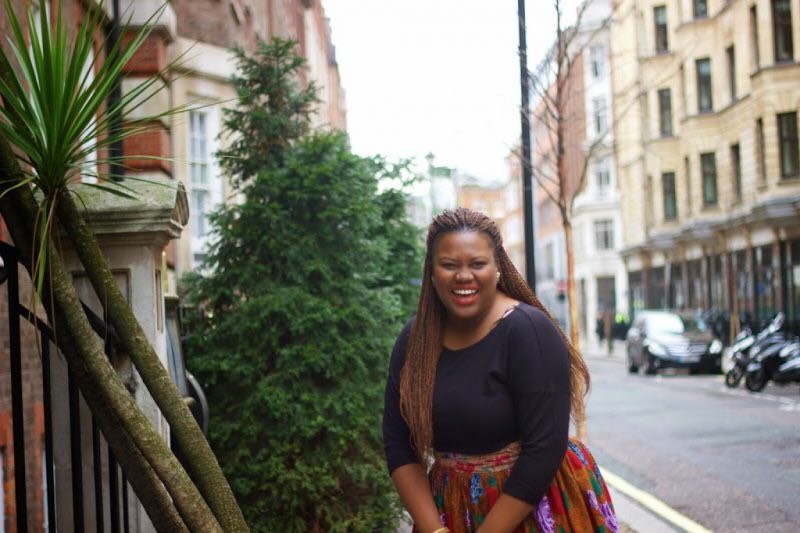 I see the trajectory of my future really going around wellness, health, and policy advocacy. But truly it comes down to enriching the lives of women and girls.

What advice would you have liked to receive when you were starting?

I actually received it and I didn’t listen to it, and now I wish I had listened.

Someone once told me that it was okay to not have it all figured out. It is okay to slowly build your project. Whatever you dreamed of and have a vision for, you should realize that sometimes it is going to take a long time to manage.

You must look at, hold, and nurture every block before you lay it. It might take two years or twenty years. It doesn’t matter how long it takes as long as you are working towards it.

Even though we’ve been open for three years we have been operational for one and a half year out the three, and that’s okay.

For the longest time, I thought I was a failure, but I am not. Because it is something I am passionate about, it is about the work and the community, I can’t set a deadline on it.

It is okay to take your time to build your vision and to design the change you want to see. You must be patient and kind with yourself in that process.