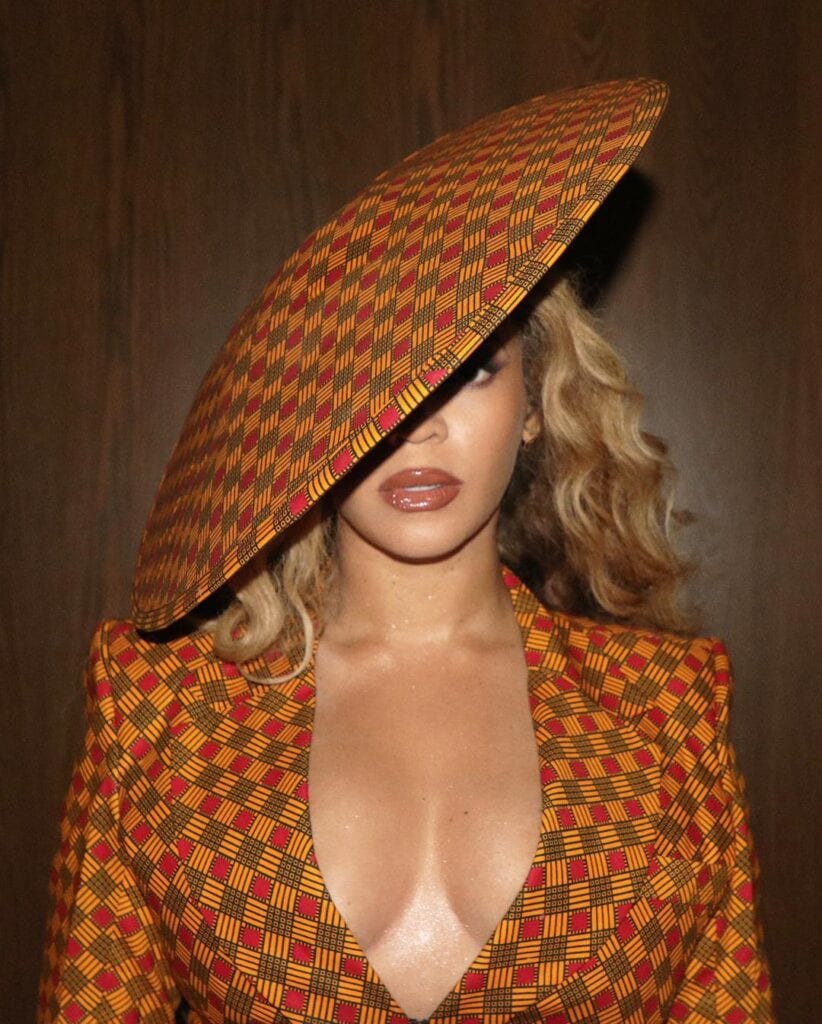 “Africans need to put on the clothes made by their fellow citizens as a showcase of support and home pride”.

Africa has become a hub for designers unafraid to create fashion statements embellished in colors as bold as the continent’s sunsets and in prints as culturally rich as its people.

Their designs are cat-walking across runways both at home and around the world from New York to London to Tokyo.

Despite its budding international fame, the African fashion industry has long ways to walk before “made in Lagos” rings the same as “made in Paris.” For the meantime, the paucity of internal and external investment is a barrier frustrating attempts to move forward.

In recent times, African fashion has not just dipped its toes but fully plunged into the world’s fashion scene. Anisa Mpungew, a Tanzanian designer and creator of Loin Cloth & Ashes, says “Africa is not afraid of patterns and colors, that’s the one thing we do in our sleep, so we use it to be louder amongst our foreign friends.”

Indeed, African designers are making bold fashion statements through the complex patterns and colors they dare to work with.

African fashion tells a story — patches of identity are interwoven into the fabrics used and the designs created.

According to Bethlehem Alemu, owner of an Ethiopian shoe company soleRebels, “The global consumer today is hyper-aware. They want authentic and innovative ideas delivered from the authors of those ideas.”

These consumers want the designs to be creations of the African mind and hands and not replicas produced by Western clothing chains.

The fashion industry has the potential to create secured jobs for the African youths of today and tomorrow.

High profiled brands in the likes of J. Crew, Burberry, and Michael Kors oftentimes look to Africa for inspiration and ideas. Nevertheless, the masks, zebra stripes and leopard spots feed into Western stereotypes of Africa, not Africa’s authentic story.

With designers and clothes in high demand, the African fashion industry is ripe to reach its full potential. However, a lack of internal patronage stands in the way. Lexy Moyo-Eyes, the founder of Nigerian Fashion Week, acknowledges that “the fashion industry can become a big business in Africa … even more with government support.”

For example, according to the African Development Bank, the Rwandan government established a “foundation to establish garment factories and boost the textile and fashion industries.”

As governments across the continent follow Rwanda’s steps and begin to esteem the fashion industry, they need to invest in the skills and qualifications of their people.

Furthermore, governments across the African continent should set quotas on the import of second-hand clothing from the West.

The goal would be to stop relying on the West and boost local manufacturing and development instead. The East African Community (EAC), composed of Kenya, Uganda, Tanzania, and Rwanda, has gone as far as to propose a ban by 2019.

For the meantime, African designers, seamstresses, tailors, and retailers are competing with Western clothes ranging from printed shirts to blouses to leather jackets to sport jerseys.

Sylvia Owori, a designer based in Uganda, says that “about 90 percent of the clothing people are buying in the whole country are second-hand clothes — so as a small fish, how are you going to start to compete with that?”

These clothes have appeal because they are priced cheaply and allow Africans to emerge themselves in Western culture by dressing the part. A pair of jeans could be sold for as little as $1.50.

At first glance, bundles of our worn clothes might seem like benevolent gifts from the West, but they are actually hindering the progress of the African fashion industry and economy.

Andrew Brooks, professor of Geography at King’s College London, explains that “[Western] t-shirts may be quite cheap for someone to buy, but it would be better if that person could buy a locally manufactured t-shirt, so the money stays within the [country]” instead of circulating overseas. As the proverb goes, “charity begins at home.”

Not only will they be contributing to the success of homegrown designers but to their respective economy as a whole.

According to Ventures Africa, “If there is any time to invest in the African fashion industry, it is now.” Those who invest first will likely be the biggest beneficiaries of them all.

According to Euromonitor Internations, “the combined apparel and footwear market in sub-Saharan Africa [alone] is estimated to be worth US$ 31 billion.”

Deola Sagoe, a Nigerian designer in the industry for the past 25 years says that this is only a small fraction of what the fashion industry is capable of. It is time to turn this visionary potential into tangible prospects.

Omoyemi Akerele, the founder of Lagos Fashion and Design Week, realizes that investing in Africa does not come without its risks; you only need to to read, watch or listen to the news to be reminded of that.

But she urges people to take a leap of faith and look beyond the rhetoric of corruption and images of war. She emphasizes that “he who observes the wind and waits for all conditions to be favorable will not sow, and he who regards the clouds will not reap.”

Beyond the glamour of clothes and runways, the fashion industry is a business that has the potential to play its part in efforts to create jobs, especially among young people. Compared to its counterparts, the African continent is home to the world’s youngest population.

According to the International Labor office, “youth make up as much as 36 percent of the total working-age population and three in five of Africa’s unemployed are youths.” Furthermore, UNICEF projects that by 2050, African children will make up close to 40 percent of children worldwide.

The fashion industry has the potential to create secured jobs for the African youths of today and tomorrow. NGOs and fashion organizations like the ITC Ethical Fashion Initiative, AFI’s Fastrack and Next Gen, and the LFDW Fashion Focus are already adding jobs across the continent.

Africa’s youthful population is more of an asset than it is a risk. Alemu says that the emerging African youths will bring “immense amount of energy and talent” to the fashion industry.

Africa has always been home to the creative hands and minds but it is just recently that the world began to knock at its door.

African fashion allows for the opportunity to make fashion statements that dispel stereotypes and myths about the continent.

It is a medium through which to spread African culture, from its authentic source to the rest of the world as well as create jobs for the upcoming youth back at home.

The industry needs both internal and external investment to reach its full potential. The time is now. 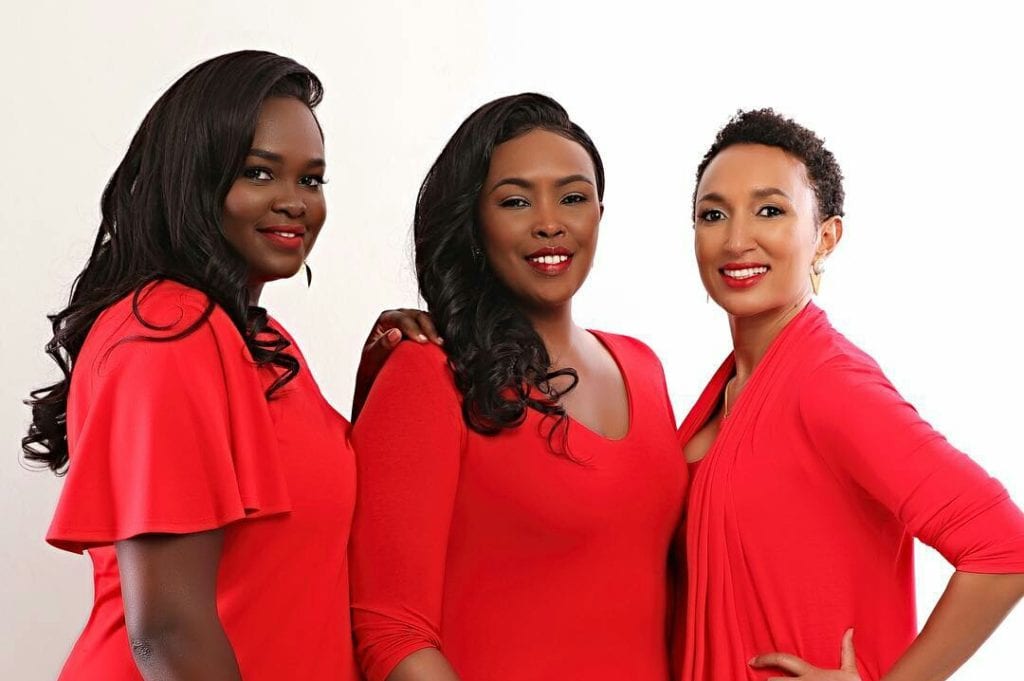 In 2009, Nelly Tuikong was a nurse in America but there was something tugging at her heart about makeup for the African woman.

Her entrepreneurial instincts kicked in after looking around stores for makeup that suited her African skin and didn’t find any.

With no prior knowledge in manufacturing makeup, but armed with a passion, Nelly started her journey that birthed Pauline Cosmetics (named after her mother) after three years of learning, research, and trials.

Pauline Cosmetics is a makeup brand that designs, develops and manufactures makeup products with the African woman in mind.

The brand has now grown to become an established makeup brand with a line of lipstick, lip-gloss, eye shadow, and mascara.

Enter Caroline Mutoko, a celebrated renowned media personality, a woman of her own caliber.

With more than 20 years of experience in the media, her name speaks for her in the Kenyan entertainment industry. Caroline Mutoko also has a YouTube channel where she takes the spotlight that is on her and shines it on you.

In 2017, she was featuring Kenyan women who were making strides and shattering glass ceilings on her YouTube channel. One of these women happened to be Nelly Tuikong of Pauline Cosmetics.

In November 2018, Caroline Mutoko challenged Nelly to work with her to come up with a lipstick line for all the women who are ‘becoming, women in different spaces and phases of their lives and for every woman in you. This brought about the I AM limited edition lipstick.

To add more synergy to this powerful collaboration, these two amazing women, Pauline, and Caroline Mutoko, didn’t just stop there.

She founded Vivo active wear in 2011 to offer comfortable casual wear for the sporty woman and official clothing for the professional woman.

Here are the 5 things I have learned from the partnership of these three glamorous women.

1. Collaborate instead of compete

Nothing is better than working with other women who get your perspective and challenges you face as a woman in business.

2. Have a defined purpose and vision

When you have every partner pulling in different directions, there is bound to be no progress. To collaborate, you need to have a clear and shared vision and an agreed direction on how to achieve it.

Each partner should bring a differentiating factor into the equation. This helps to ensure that you do not view each other as competition.

The partnership should be beneficial to all partners. This removes the perception that one person is bearing a bigger load than the other.

5. There is room for more than one queen

There is no winner takes all award in entrepreneurship. As women, we need to get over this attitude and view women as a community to help each other grow and not competition.

“My advice to girls is always this: Be supportive of each other. I can’t say this enough. We have to be our best friends, each other.  That means we cannot be catty, we cannot compete and see one person’s failure as our success.

We can all rise together, we can all win!

We’re sometimes taught in our societies that we have to compete and we have to hold each other back in order for one of us to succeed.

That is not true. We need each other.

Because if we don’t cherish each other, no one else will,” – Michelle Obama