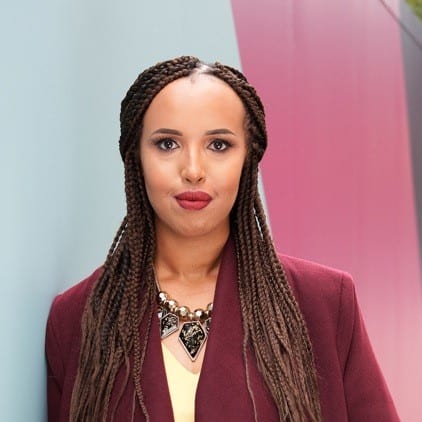 Starting a career as a writer is one thing, but as a smart Motherland Mogul, the most important thing to consider is how to stay relevant in the game through the art of your storytelling.

Join us on Wednesday, 6th December, as we host a Facebook Live Chat with Hanna Ali, who will be sharing her advice on how you can stay relevant as a creative writer.

Hanna Ali is the first contemporary writer to publish their debut in Somali, both as audio and e-book.

She considers herself a typical Somali artist since her poetic prose closely connects her to her homeland, Somalia.

“How to stay relevant as a creative writer with Hanna Ali – first contemporary writer to publish her debut in Somali.Join the She Leads Africa community by visiting SheLeadsAfrica.org/join!”

Posted by She Leads Africa on Wednesday, December 6, 2017

Hanna Ali is a brilliant Somali – British writer who has been published on multiple platforms.

She was born in Mogadishu, Somalia and spent the first four years of her life there. Hannah started writing poetry when she was ten – first with song lyrics before she delved into writing short stories.

At the age of five, during the civil war, Hannah left Somalia for Sweden but moved to the United Kingdom ten years later.

Hannah obtained her BA in English and American Literature and completed her master’s degree at the University of Kent. During her time at the university, she took a gap year and lived in Egypt and Italy.

Hanna is a member of the exiled writers, and her work has been published in numerous publications including Scarf Magazine, Brittle paper, and Cecile’s writer’s magazine.