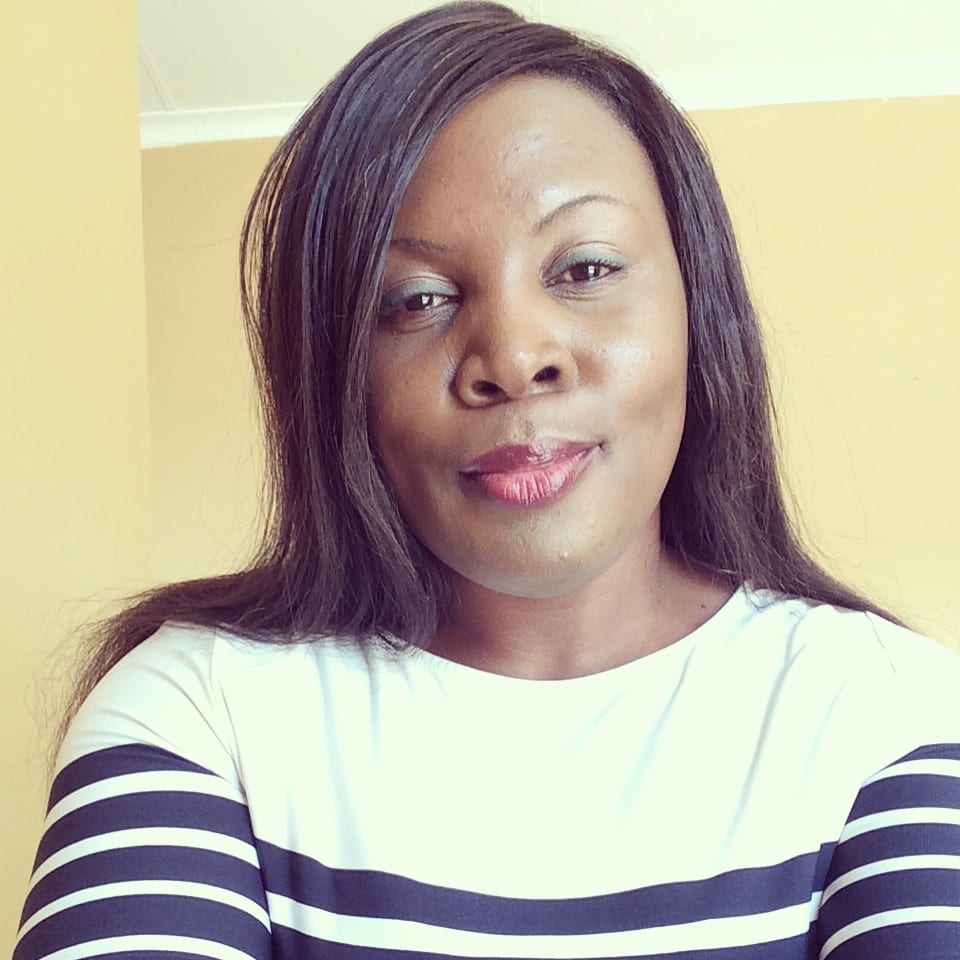 Lindiwe Mashinini: I work hard to ensure that I create a legacy for my girls Click To Tweet
Our generation has been privileged to be brought up in an era where everything is online. I’m pretty sure the next will literally be raised by technology and that by then pens and paper will be in museums. Software development or coding is an IT skill that is highly demanded, but it so happens that we don’t have enough coders. Generally, the IT industry is perceived as a man’s field and what we need is more ladies to challenge the norm.
Some African girls have been blessed to have Lindiwe Mashinini the Founder and CEO of Africa Teen Geeks. Africa Teen Geeks is a non-profit organisation that educates school children and the unemployed youth on how to code. Lindiwe holds a BCom degree from the University of Cape Town and recently completed a General Management Programme at the Gordon Institute of Business Science (GIBS).
Lindiwe is currently studying towards an MS in Technology Management from Columbia University in New York as well as a Graduate Certificate in Entrepreneurship and Innovation at Stanford University. Her numerous accolades include being among the Young Business awards top 3 finalists and recently named Innov8tive Magazine Top 50 Visionary Women in #Tech To Watch in 2017.

There are several pathways to take in IT. Why coding?

Africa Teen Geeks’ main mission is to inspire a generation of Africans who will be creators of technology, not just consumers. Ten years ago less than 18 percent of the world’s population had access to the Internet. Last year roughly 3 billion people -approximately 43 percent of global population- were online. This is phenomenal growth and the pace of change is continuing.
The digital economy has a great impact on South African growth and economic opportunity. In 2014 alone the US exported roughly $400 billion in digitally deliverable services accounting for more than half of US services exports. Africa’s digital exports have been negligible.
Africa’s economic growth and competitiveness depend on our capacity to embrace the digital economy.  For  Africa to be competitive in the digital economy it has to equip the youth to address the legacy of colonialism where skills are concerned and to level the playing field for the previously disadvantaged.
Coding is one of the ways in which we can raise a generation of innovators and tech entrepreneurs. With the majority of Africans lacking access to capital, technology is one of the few industries where one doesn’t need money to start their business but only sweat capital.

From your experience with the coding classes. What is the common hurdle?

Their main hurdle is access to computers and the internet. This is common for most Africans since less than 10% of Africans are online. We are addressing that by removing both the computer and internet access as a barrier to learning the basics of coding. In that way, we can really talk about “Computer Science for All. 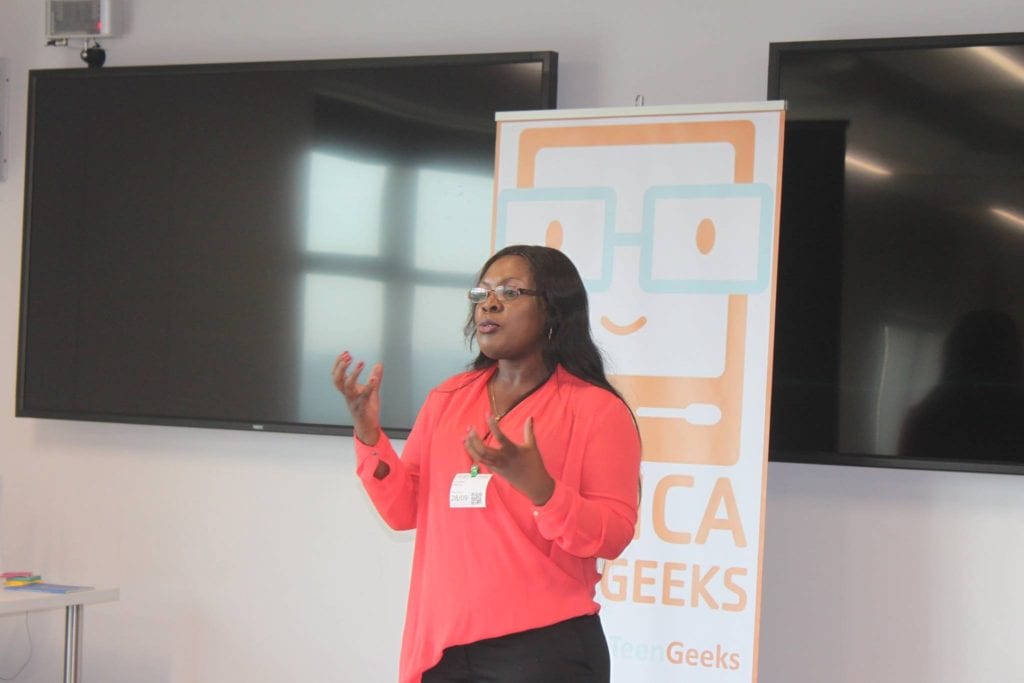 Africa Teen Geeks is a non-profit org, how would you pitch to get investments within your organisation or in the tech industry as a whole.

We see ourselves as a social enterprise and are working hard to create an organisation that is not donor dependent. We have just launched our first coding boot camp as well as an entrepreneurship lab through our partnership with the Unreasonable institute.
Ultimately, we are a movement that empowers, equips and elevates Africa’s next generation of game changers.

Let’s talk startups. How good should a coder be before starting their own coding company?

Generally speaking there is a gender gap in our IT industry. How can we close the gap and break the stereotypes?

Obviously, early exposure is important but also is having female role models in the tech sector. That’s why we have a Girl Geek programme in partnership with Standard Bank. At the Girl Geek programme we don’t only teach the girl how to code, we also expose them to the industry.
We also provide leadership training and mentorship from Standard Bank developers. The aim of this programme is to create a pipeline of African women in tech by removing all the barriers that keep girls from pursuing tech careers. 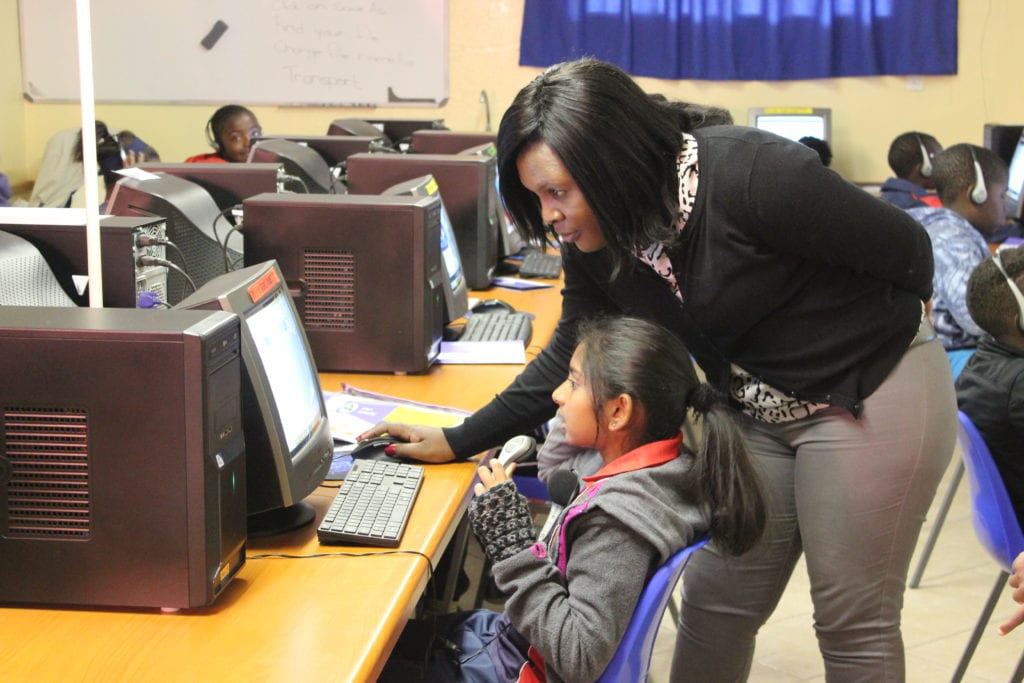 Knit2code, now that’s genius! Please share with us how this came about and how you executed your idea.

Knit2code was inspired by the lack of female role models for girls and also the situation on the ground where less than 10 percent the population are connected to the internet. For example, only 5 percent of South African schools teach IT due to lack of infrastructure and qualified teachers. But also only 23 percent of IT learners are girls. Knit2code includes the female caregivers who learn to code through knitting.
What happens to girls when they go home? For many, their mothers and grandmothers (who are most often their caretakers) are overwhelmed by technology. They do not think they have any skills to support their daughters in their training and to discuss their work. Sadly, girls interested in STEM are often told they inherited a “male brain”; technical skills are not seen as a part of a woman’s feminine legacy.
Many women, of any generation, either knit or know about knitting. They see it as a useful handicraft, one that can create garments for their families.  Without knowing, women who knit have already learned the basic concepts of computing. Helping women recognize this connection is what Knit2Code will seek to accomplish.
Knit2code will bring together 8-10-year-old girls and a female family member to learn, re-learn or enjoy knitting and, at the same time, to learn the basics of computing. While no “real” coding will happen in the class, all students will be able to graduate to the Python computer language after the program. The required materials are minimal: balls of yarn, knitting needles, and posters. But this is enough for all the students to learn how to think of computing in a supportive environment and be able to go home and continue their learning in knitting and computing.

What scares you the most and why?

I can only imagine the feeling after being named one of the 50 visionary women in tech to watch out for in 2017. How did you know and what was going on in your mind at the time? Tell us all about it.

I must say I was shocked to tears because I was humbled to learn how other people view my work. I have tried to shy away from making our work about myself but the children whose life we are impacting. What inspired me also was that I was named by a publication that we never had contact with.
Also, I am so inspired by Anie Akpe so the tears were because it was someone I also look up to. I also felt the pressure that we have to live up to the accolade. 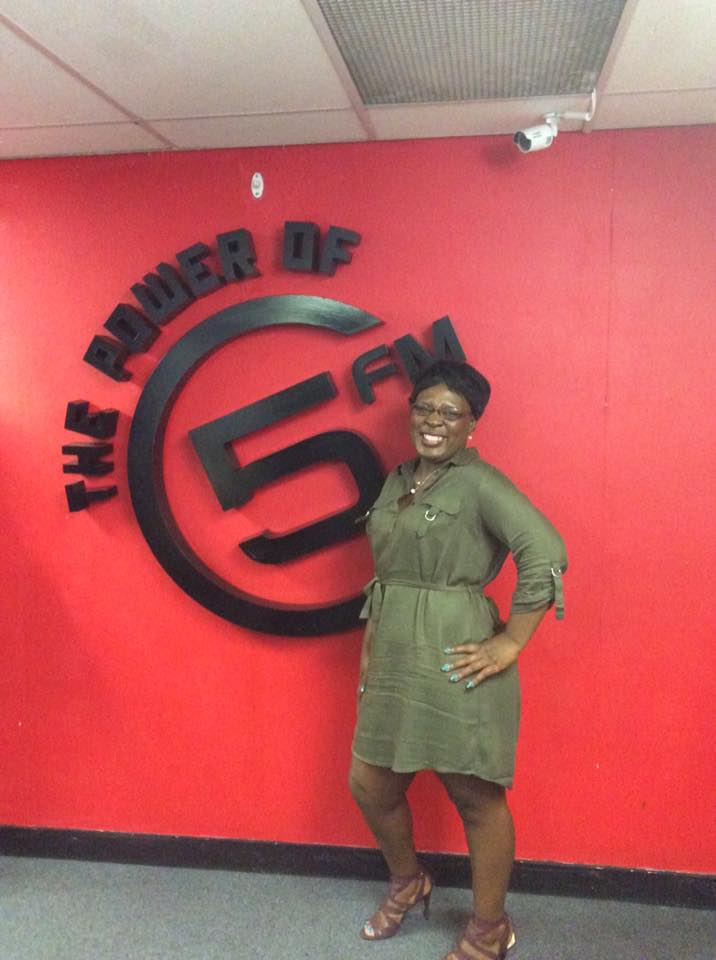 What plans do you have for the future and how do you intend to reach your goals?

My vision is to ensure Africa Teen Geeks has a geek club in every village in Africa whether it’s online or not. I would like to get 1 million girls coding by 2018 through our Knit2code programme.
We have removed the biggest barriers for African kids to learn coding by removing the computer and the internet from the equation.

I believe to be a successful entrepreneur you have to be a great leader. So Lindiwe what’s your leadership style?

I believe in servant leadership but also being accessible. I am accessible not only to my team but to any young person that needs that word of encouragement and support. Literally, I am always a tweet away.

What’s your favourite day of the week?

I love Monday because it’s a beginning. That sense of feeling like it’s a beginning is what inspires me to work hard so that I can have something to show at the end of the week irrespective of how the previous week ended.

Finally, what last impression do you want to leave?

I want to inspire African girls to believe that dreams do come true. I want them to know that irrespective of their reality we live in a time where everything is possible. While other continents have reached their full potential we live in one of the few continents where they can still make a great impact and create a real legacy.
I want to get them to believe that they can also be their generation’s, Nelson Mandela. Africa is rising and they are the ones who will rise with it.