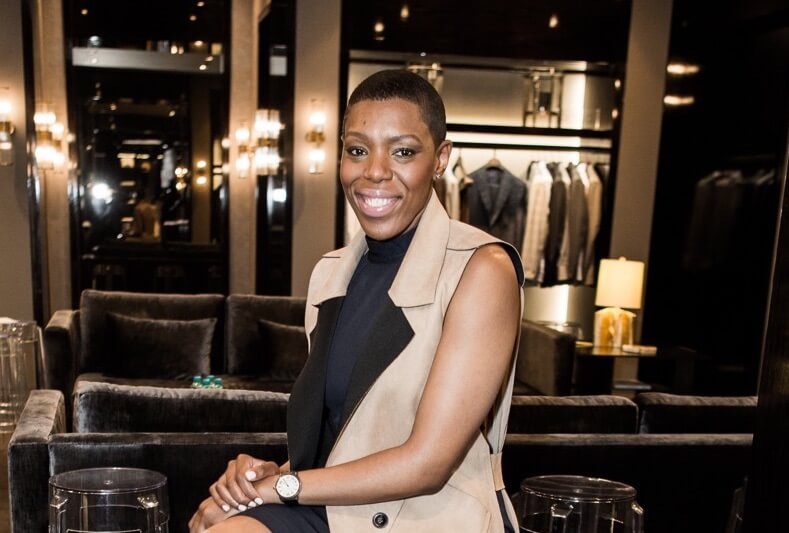 In an era where the media has ramped up the encouragement directed towards the young entrepreneurs, one millennial, Monalisa Molefe, found herself in largely uncharted territory when she made the decision to buy a business. In September 2016, Monalisa took the plunge and assumed ownership of an already existing business, Art Form Factory.

At 26, she is now the youngest, black, female owner of a framing business in South Africa. Having previously worked in the luxury branding space, Monalisa had no prior knowledge on the complexities of the art framing world. What she did have was the foresight to spot and seize a good opportunity when it presented itself.

Monalisa Molefe had a passion for luxury branding which she envisioned bringing to the art framing world. She had a zeal and dedication, rare for many women her age. Lucky for her, Monalisa also has the support of a mother who has always encouraged her to dream big. Monalisa’s mother taught her to realize that once she decides to take a chance on something, she had better be prepared to go all in and not consider failure an option.

To find out exactly what drives this phenomenal young woman, SLA contributor, Uloma Ogba, caught up with Monalisa on a Sunday. This interview took place while Monalisa was present at her factory and in between business strategy sessions.

Prior to buying the Artform Factory you had a successful career in Marketing and had worked for some top luxury brands in SA. What motivated you to trade in your cushy, secure job to buy a business and take over its operations?

I’ve always known I would be an entrepreneur. As I took on my career path I realized I had a lot to learn. So, instead of graduating and rushing into opening my own business, I took the route of gaining knowledge of the business world and the operations of large firms by working for them. The knowledge one picks up from that is something that a textbook cannot teach.

At the time I was introduced to Artform Factory in early 2016, I was working for a luxury brand. My move wasn’t so much because I was frustrated at work, it was more about the fact that I believe that opportunities are timed

It’s not everyday that you hear a story of someone like myself who was offered the chance to buy a business. The framing factory has been running for the past 17 years and it was previously owned by a Polish lady who started in the interior industry helping people frame for their houses and offices.

The previous owner and my mother had a mutual friend who brought the opportunity to my mother’s attention. My mother, who already had a lot on her plate at the time, then introduced me to company. For the Polish lady, selling her business wasn’t just about a monetary transaction. She wanted to make sure that the new owner would be the right fit for the business.

She wanted someone who would take the business to greater heights. What she told me was that there is a gap in the market and no one was really owning it. If I came in and commanded the space, I would have plenty of opportunities. This was because a lot of corporates were looking to work with business that met certain criteria in terms ownership and service offering. 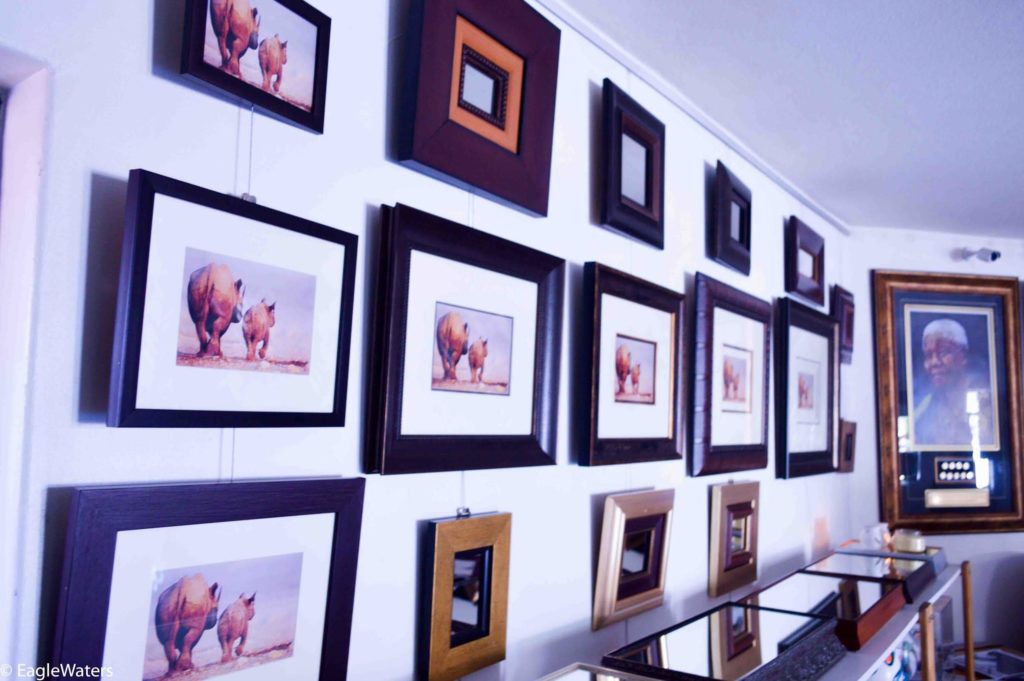 After my initial meeting with her, I did my homework to ascertain the viability of the business. I wanted to some clarity on what to do with the business if I had to take over. Luckily, the business has had an impressive track record. This included owning exclusive rights to sell limited edition, official Brazil 2014 world cup soccer match balls in South Africa,. The previous owner also introduced the concept of the Mandela memorabilia which has been a major attraction for South Africans and people from all over the world.

I have a background in brand building and management and I’ve spent the last couple of years submerging myself in the luxury industry. My plan is to take the business to the next level and to turn something as simple as framing into a luxury business. At the factory, we frame under two categories. One is wall décor such as mirrors and art pieces. We also frame sports memorabilia to basically preserve “the greatest moments in sports”.

The way I see it, you could just go to the supermarket and buy ready-made frames or you could come to the Artform Factory and get a custom-made frame tailored to your specific style and preferences. That in itself is the essence of luxury to me.

What would be your advice to other women thinking of embarking on the same venture. Is there something you wish you had known before going in?

The experience has definitely met, and even exceeded my expectations. First of all, I was very fortunate because I come from a family of entrepreneurs. My mother has had many businesses. Growing up, I had watched her open up and close down several businesses. So when it came to my current venture, I’ve used her as a guide in terms of what to do and what not to do.

I am lucky to have had my mother who is a seasoned professional and entrepreneur to guide me. She has helped me ensure that the processes and the transaction were done professionally. My mother also advised me regarding any laws dealing with change of ownership in the business. She, as well as my mentors, have drilled into me the importance of business accounts. Business accounts are a good indicator of the success of the business’s operations.

Another step that had to be done was a business valuation. This was to get a sense of where the business stood and how lucrative it was in its current state. A business valuation can also reveal if there’s any room for flexibility. I had to look closely at the sales contract including the terms and conditions to ensure that the terms suited both the parties involved in the transaction.

Also, what really helped me was that the then owner took me around. She introduced me to all of her suppliers and clients. This was as a sign of assurance that business would remain the same, even after she had handed over ownership to me. People are scared of change and so on my part, I needed to assure the clients. The only two things I changed were the logo corporate identity as well as the bank accounts, of course. The level of service and the depth of the relationships built stayed the same.

My advice to other women planning on going the route of buying a business is this; whatever you do, keep the standards at the same high level and exceed the expectations if and when you can.

For women without the same level of support you had, buying a business sounds like a scary venture. How would they even know how to go about the process?

That’s where the Internet comes in. This process requires a lot of time spent doing research and also strategically positioning yourself so that you are in the know. Apart from the guidance from my mother, I also had to do my own research. I had to find information that was “dumbed down” to a level I could understand.

That’s when I realized there was a gap in what the media tells us about buying a business and what the reality is. It turns out that in SA, there are businesses dedicated to providing assistance at every stage of the process. There are foundations and platforms that can develop you as a leader. They also match mentees to mentors for those that seek assistance for their personal and business development.

I’ve come across a lot of situations where young entrepreneurs complain that they aren’t receiving the type of support they need. In reality what happens is that a lot of them don’t follow through with what they start. Most of them quit while they are ahead.

You have to take yourself seriously first before you expect someone else to take you seriously. If you are going to do this, my advice is to be all in, you can’t half-foot the process. It took me 9 months of background research and planning for Art Form Factory. All the while, I worked a full-time job, executed events, travelled the world and studied part-time. It was not an easy or short process, but from the minute I made up my mind, I was willing to sacrifice whatever it took to get there.