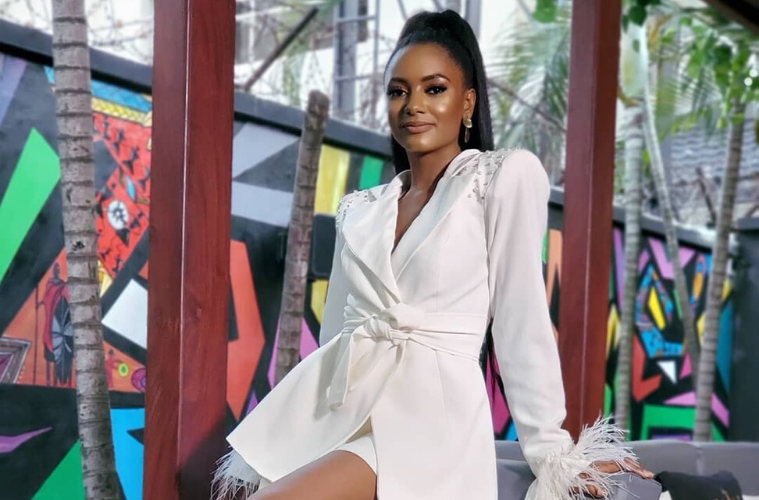 Molped sanitary pad is a product from Hayat Kimya Limited (manufacturers of Molfix diapers), and is a skin-friendly, ultra-soft, sanitary pad, designed to make young girls feel as comfortable, soft, and secure as they feel beside their best friends.

Molped’s breathable layer keeps young women fresh, and it’s skin-friendly, cottony soft layer does not cause irritation. Molped sanitary pad is every girl’s best friend, helping them be more confident, and supporting them through their periods.

Molped has partnered with She Leads Africa to highlight the beauty and importance of valuable female connections.

Simi Drey is an experienced multi-award-winning Broadcaster who has worked across media platforms in both the United Kingdom and Nigeria.

With a First Class Degree in Broadcasting and Journalism from the University of Wales, she currently hosts the Saturday and Sunday morning shows on the Beat 99.9FM and on television anchors 53 Extra on African Magic.

Having won the Future Awards Africa for Best OAP (TV and Radio) in 2019, Simi Drey uses her platform to share her passion for entertaining and educating the youth; tomorrow’s leaders.

What does friendship mean to you?

Friendship means family. My friends are people who know me, they know my strengths, they know my weaknesses yet they still love me.

They have been there for me and always will be at different stages of my life and I will do the same for them.

Can you tell us of a time when any of your girlfriends connected you with a career or business opportunity?

There have been numerous occasions where my girlfriends helped me but the most recent would be Gbemi Olateru Olagbegi who nominated me for the OAP category of the Future Awards Africa. She did this without my knowledge and even when I won, she still didn’t tell me what she had done. Someone else informed me.

Since then, winning the award has opened so many other doors for me such as being the Nigerian representative of a panel in South Africa, to discuss the role and emancipation of women in African society.

Can you tell us about a time when your friend (s) helped you through a difficult situation in your career?

In the first year of my career, while I was more or less fresh out of university, I did not know anyone in Lagos and I was hardly earning anything. I didn’t feel like I was making progress and I was extremely frustrated.

During this period, I became friends with Dr Kemi Ezenwanne. She constantly encouraged me and prayed with me. She also helped me get a foot into the modelling industry which eventually brought about enough funds for me to move out of my aunt’s house, and rent my own place.

Without her, I may not have continued pursuing a media career.

How many women do you have in your power circle, and why did you choose them?

I have three different power circles. One consists of four women including myself, the other consists of three people, myself included and the last, five in total.

I don’t think I chose them to be honest. I think we realised how much we had in common and we just ‘clicked’ as friends. However, they have remained in my power circles because of their loyalty and support throughout the years. When the world saw me as a nobody, they were there. We have grown together and stayed together through stages of our lives; school, employment, marriage, childbirth and even divorce.

No matter what though, we see the potential in each other and we strive daily to bring it out. One person’s success is a success for the entire group.

How do you think young women can network with other women to achieve career success?

I think now more than ever, networking is much easier especially with social media. There are people I am friends with on Instagram for example that I had forgotten I had never met.

However, because we talk a lot and exchange ideas, it feels like we know each other inside out.

Social media networking can start simply by liking or commenting on a person’s picture. Search for someone in a similar industry as yourself or someone who has inspired you along your journey and send them a message.

What is your fondest memory of you and your girlfriends, from when you first began your careers?

Before I started working in Nigeria, my friend Deena and I auditioned for the X-Factor. Neither of us made it past the first audition. Along with our friend Sully, we thought we were going to become a successful girl band- Deena and I as the singers and Sully as a rapper. We never released a single together. Our dreams of a girl band were pretty short-lived.

Fast forward and Sully is now a successful Investment Banker in London, I have become a multi-award winning Broadcaster and although Deena actually continued to pursue a career in music, she now has been booked for shows across Nigeria and the UK and her songs play on mainstream radio stations.

Finally, what advice/tips do you have for young career women, to help them build and maintain valuable relationships with other women?

I think the phrase ‘women don’t support women’ has been one of the most damaging statements for young women.

I would say first and foremost, do not compete with other women. See them as allies. Celebrate their victories and try to lift them up in ways you can. They will do the same for you.

Society is difficult for women generally but when we stand together, we have so much power.