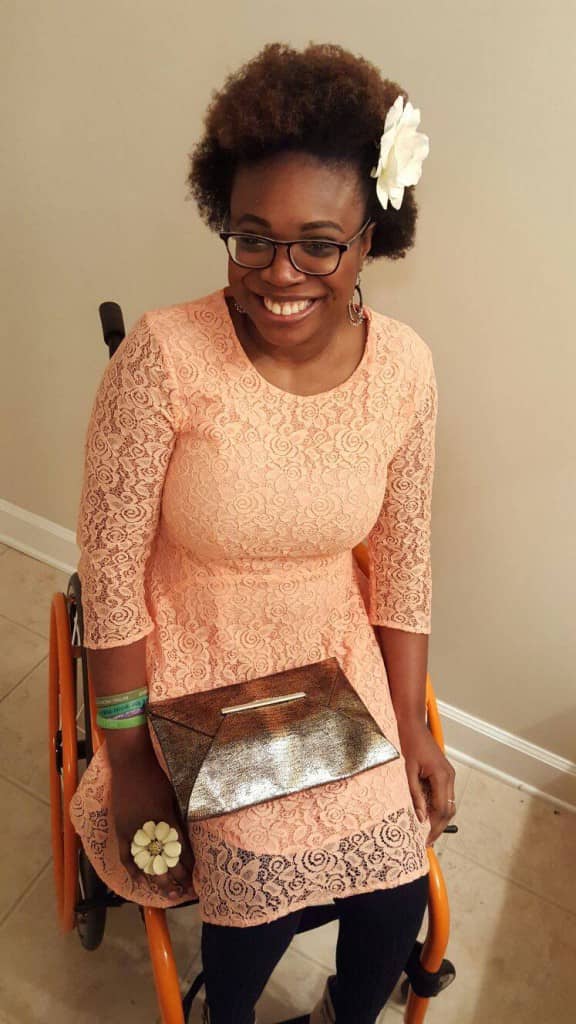 Perseverance. Determination. Willpower (PDW). To a person without struggle or strife these words are merely scribbles on a blank piece of paper or some abstract notion or a catchy mantra on the walls of a gym.
However, when life suddenly takes an unexpected, drastic turn and plunges you into an abyss filled with mind-boggling agony, emotional turmoil and a seemingly bottomless pool of despair, one truly has a stark realization and a deep understanding of PDW.

When you feel like you are drowning, trying to gasp for air as waves of struggle keeps pushing you below the surface – the challenges facing you, constant tides pulling you in all sorts of directions – the sheer force of will to swim against the current is the very definition of persevering.

Two years ago, one single moment caused a ripple effect and altered the course of my life in an unimaginable way. On the 21st of April 2014, Easter Monday, an unnecessary car accident in Yaba, Lagos, Nigeria involving two drivers and one passenger shifted my understanding of the world. Immediately after the crash, I looked down at my misshaped, lifeless legs and I knew that something had gone terribly wrong.

In a matter of minutes, I was carefully lifted out of the car and placed on a little chair. Amid the chaos, voices and confusion, a scary feeling gnawed at my soul – life, as I knew it, was never going to be same. I spent the next five days flat on my back in excruciating pain, the kind of inexplicable agony that is difficult to comprehend, in four different local hospitals from Victoria Island to Igbobi to Ikeja. I was poked and prodded, underwent several medical tests, scans, endured sleepless nights, hunger, thirst and incompetent doctors.

The knowledge and the hope that an ‘angel of mercy’, in the form of an air ambulance bound for London, England, would save me from the torrent of suffering gave me the determination to grit my teeth and survive the medical purgatory I was in.

On Sunday, the 27th of April 2014, after a five hour back surgery, I found out I had sustained a complete T4 spinal cord injury caused by a T12/L1 fracture. In plain English, I had broken my lower back which rendered me paralysed from just below my chest all the way down to my toes and here’s the punchline – there was very little chance of ever walking again. 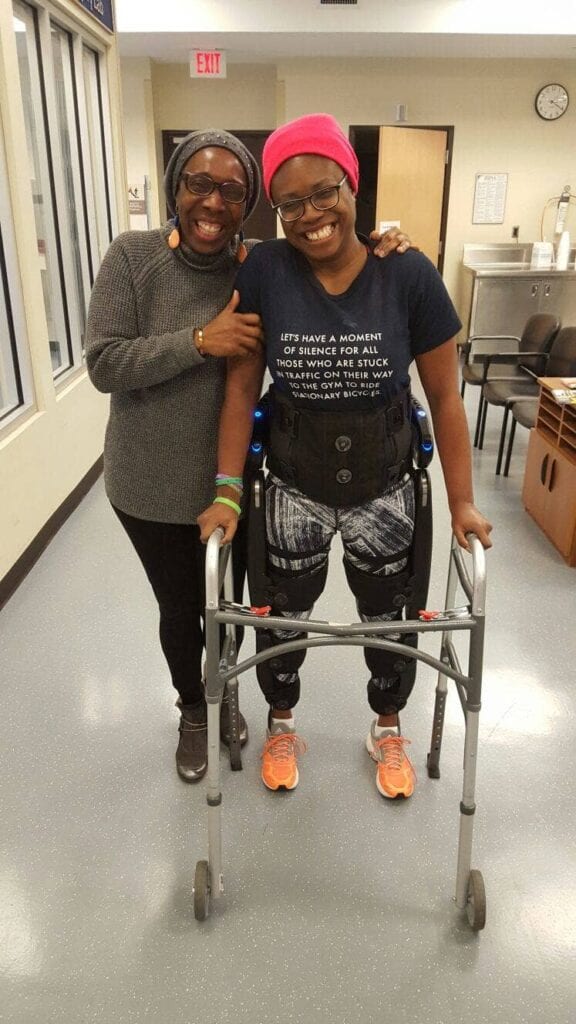 Debilitating pain became the norm but I knew that finding strength through adversity was the only path to take. I had to summon every ounce of willpower to relearn how my ‘new’ body worked and moved. Imagine being taught the ‘art’ of rolling over in your late twenties, being instructed by an occupational therapist the best way to put your shirt over you head or how to sit up straight and balance so you can feed yourself. How undignified do you think I felt? How could I possibly survive and move forward?

The answer is simple, yet complex – “The toughest steel is forged in the hottest fire” (Unknown, Chinese wisdom). With this new mindset, physiotherapy was not an obstacle but a challenge to build up muscular strength. Meetings with the neuropsychologist presented opportunities to equip myself to battle depression and emotional conflict; the confines of the hospital was not a prison but rather an avenue to foster positive relationships that enhanced my mental stability.

The soul-crushing diagnosis from the doctors was a suggestion, not a declaration or conclusion. I knew without a shadow of a doubt that I was going to not only walk, but run, skip, jump and dance again.

Ask any young woman today to regale you with tales of her most trying times in life and how she emerged victorious, the replies will definitely have certain things in common. Rising like a phoenix from the ashes of struggle takes perseverance, determination and willpower. One has to harness the innate ability to utilize strength through adverse circumstances.

It is not how you get knocked down but whether you get back up. Focusing on the light at the end of the tunnel culminates in what I like to call the Spirit of Invictus; in other words an unconquerable force to be reckoned with.

Going to rehabilitation five times a week, in spite of the constant neuropathic pain in my legs and back – in order to build upper body strength, learning how to execute a safe multi level transfer from the wheelchair to the plinth and figuring out the best ways to manipulate my restricted mobility to achieve a desired result, required a level of perseverance beyond the ordinary.

Enduring extreme discomfort became the ideal persevering tool I needed to succeed and excel, to rebuild what I lost and overcome the insurmountable challenges that lay before me. In essence, to achieve the extra-ordinary, one has to push beyond the realm of normalcy and endure the physical pain, mental torture, sleepless nights, financial struggles and emotional turmoil otherwise known as the uncomfortable and unwanted sacrifices that come with the territory associated with the extraordinary. 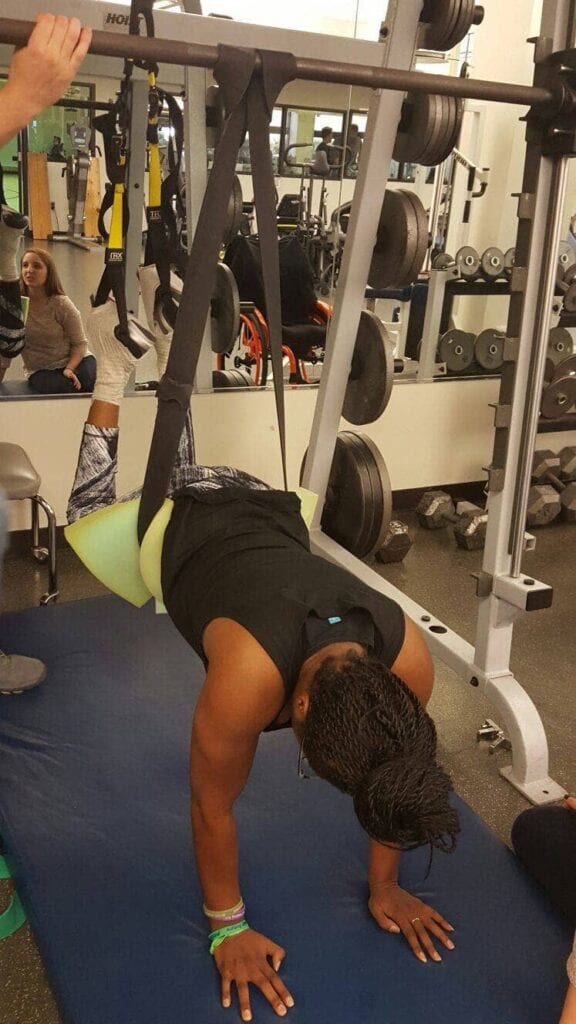 In the face of all the anger, disappointment, agony, confusion and dismay, my faith and hope burned brighter than ever. I was determined to not allow the wheelchair define who I was. Living life to the fullest once again became a top priority.

Wine tasting in the vineyards of Napa Valley, sitting in awe at the San Diego Comic Convention, appreciating the beauty of nature in Carlsbad, hoping to spot a celebrity in Beverly Hills, screeching with delight at the dolphins in Sea World, marveling at the millions of Christmas lights at the Atlanta Botanical Gardens, clutching my sides from laughing too hard at the jokes in The Book of Mormon production at the Fox Theatre on Atlanta’s Broadway, being gobsmacked at the wonder of ocean life at the Georgia Aquarium and getting lost in worship at the Bethel Church in Redding, California are just some of the glorious adventures I have embarked upon thus far.

Life may throw you a curve ball that may seem to break your spirit temporarily but reaching deep within and using a combination of faith, hope, perseverance, determination and willpower to obliterate the obstacles in your path, I believe that you will emerge from the war victorious.

My battle strategy is to overcome paralysis – one step at a time.