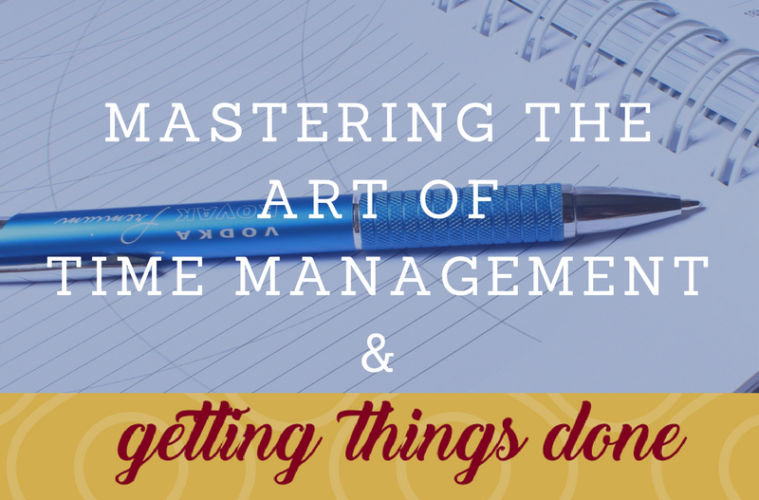 Where does your time really go?  The goalgetter’s guide is here to change your life!

Whether you are a full-time student, employed, a small business owner or you’re juggling all three, we are all bound to have moments of wishing for more time.

If you watched our webinar on personal efficiency and time management,  with Tafadzwa Bete-Sasa, and you’re still not sure how to create the time and discipline to be productive, NO WORRIES, we’ve designed for you a practical guide with some tips and tools to get you organized to and enable you to  get more things done.

Get you the goalgetter’s guide to learn all you need to know about time management, productivity, and discipline. And guess what? You’ll also get more tips directly from GoalGetter after signing up for this guide.

Topics this guide will cover:

The last two points will definitely do you good if you spend half your day doing sweet nothings, binge watching episodes on Netflix, or stalking Queen Bey and the twins on Instagram.

Don’t forget to send the sign-up link to all the serial procrastinators you know. Help a sister, brother, or frenemy out. 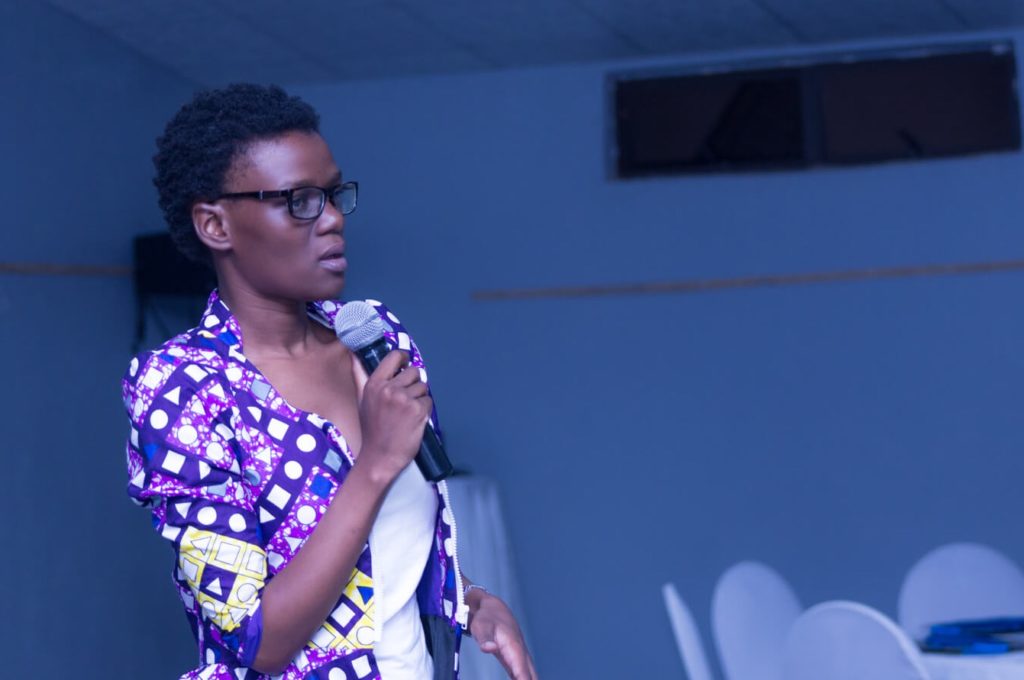 Tafadzwa Bete Sasa is an admirable achiever who has navigated the professional world mostly as a learning and development professional. She has several accolades under her name and has also been name a Global Shaper by the Lusaka Hub —an initiative of the World Economic Forum.

Tafadzwa also recently started her own line of planners called GoalGetter Planners which are customized organizers to help individuals set and track goals. SLA contributor Kudakwashe Mulenga sat down with Tafadzwa to get insight into her start-up. She discovered how Tafadzwa Bete Sasa has navigated her career to get where she is.

Where did you get the inspiration to start the GoalGetter planners?

The GoalGetter planner was born out of frustrations with my year, in year out recycling of New Years resolutions and being at the same place come year end. This frustration grew as I began meeting other young people who were my age. We all had the same 24 hour days but were just not getting more things done and being GoalGetters.

You know the people who just hit the ground running and are already ticking off milestones and kicking butt whilst the rest of us are reeling in January blues. I got tired of being in the latter group and decided I wanted in on the Goal Getter life.

As part of that process I started asking questions, observing, studying and listening to the Goal Getters to understand what helped them get things done. I noticed a common thread of behaviours and patterns. This was further confirmed by the insights some GoalGetters shared in a series of interviews I ran for my blog called The Process.

It is these mindsets and habits that became what I call The GoalGetters seven winning ways to getting things done. I combined those with my favourite goal setting and goal tracking tools to create the GoalGetter Planner. 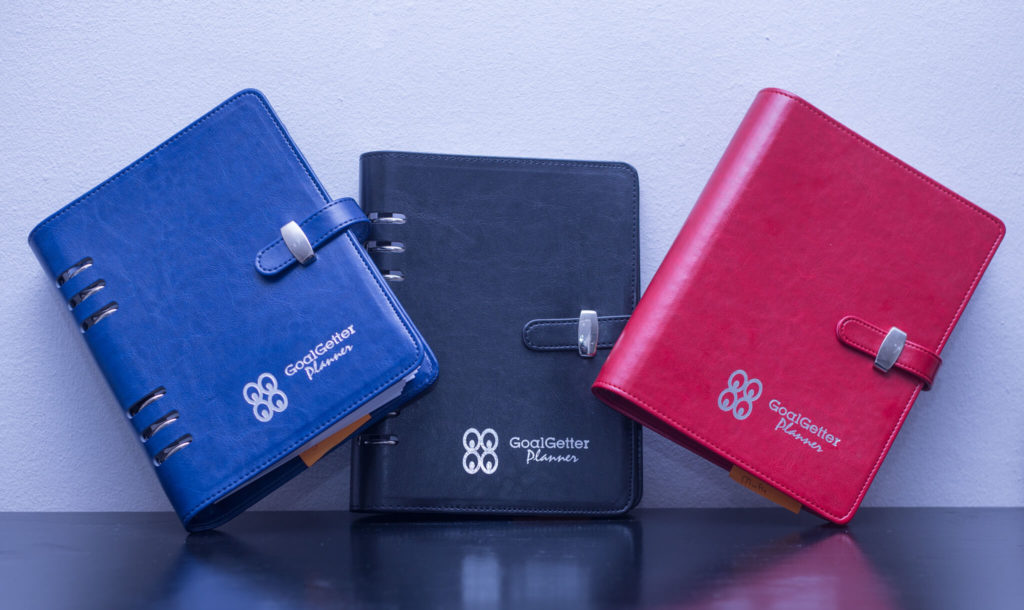 What difficulties did you face producing your own planner, how did you find a client base?

I first thought of designing a planner several years ago but sat on it for the longest time because I just was not sure how to go about it. I was confused about the design, content, production, branding, marketing, distribution, financing. In addition, I was convinced it would just not work out until I had a certain level of expertise, money and influence.

However, I mentioned the idea to some friends and my coach who have always encouraged and nagged me to get it done already. I decided I would produce the first samples of the planner for two friends, have them use it for a year give me feedback before rolling it out to everyone else.

I had my friends Moreblessing, Glen and Epi review the raw versions of the planner then paid for a professional designer and editor. By the time I submitted the final content to the printers I was a bit more confident to sell to more people. Now, when I decided to sell the planner, I dared to set a Big Hairy Ambitious Goal of selling 20 planners within the first year.

On the 14th of November, I shared the planner on my Facebook page. You can only imagine my shock when within the first two weeks more than 75 people had placed orders. As the early adopter friends started sharing pictures of their purchased planners, their friends also wanted in. This way the GoalGetter planner customer base continues to grow.

I get a bit overwhelmed keeping up with orders as I am running the project as a lean start-up. I produce the planners to order, receive feedback from one batch and try to improve within the next.

It has been an awesome start but we are definitely still learning. I am grateful for my friends and their friends who are willing to navigate the learning curve with me.

What advice would you give to young professional women across Africa?

The African society has many expectations and limitations on the young woman that contradict the reality of the global village the world has become. This places young professional African women in a great predicament; trying to balance these expectation with their own growing ambitions. We are becoming more and more exposed to what other Motherland Moguls are up to.

As such, the professional African young woman has to decide what races to run and which medals they are chasing. We can’t have it all and to be honest I do not think we want it all. Sometimes, ‘all’ involves things we don’t really aspire towards but that have been prescribed by society.

The disappointment of not getting what we may have wanted is compounded by the fear of society’s disapproval of us for not having it all. African young professional women must decide what they want for themselves. They must then pursue that whilst gracefully accepting whatever life may bring them; without the extra burden of fearing to disappoint. 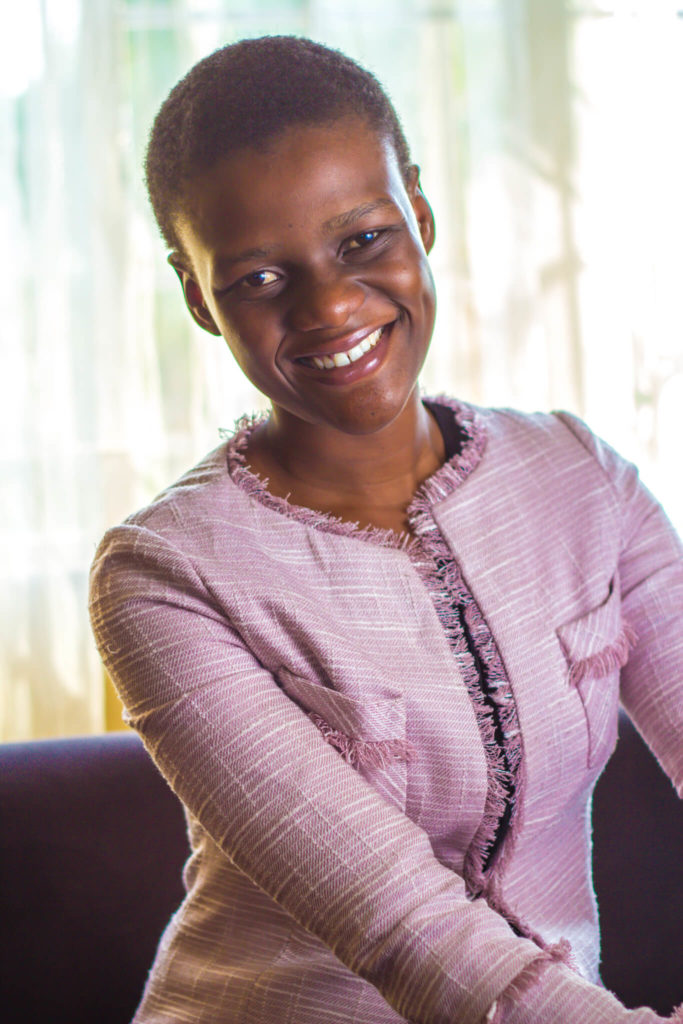 You have taken on many responsibilities career wise in recent years including becoming a Global Shaper and serving as JCI president. How did you realize your ability for greatness and what was your journey like?

When I started off I would never have imagined I would be here today. But as a principle when I commit to something, I fully plug in to ensure I learn as much as I can. I always step up to a challenge or opportunity. As such in the several organizations I have been over the years, I have refined various skills which are all coming together to create different opportunities.

If I were to give examples, I would start at BancABC Zimbabwe where I had my first job as an HR intern. I arrived raw as they come and left with a good understanding of professionalism and corporate etiquette. My next job at Kutting Edge as a team building facilitator taught me to incorporate fun and adventure into creating effective teams and in leadership.

My boss’ encouragement to network and grow led me to Junior Chamber International and Toastmasters —both organizations which are great learning ground. At Alchemy Women in Leadership, I grew from a volunteer intern to Training and Resource Centre manager in months. There I practised team leadership as well as personal efficiency to manage changing situations.

Every role I have taken on has been a stepping stone for the next. Whether it was a junior position or one with status I recognized their value in shaping my entire career.

What are your New Year resolutions? What will be your specific goals for the New Year?

I want to be more present and mindful to maximize on the various roles in my life. That is to be fully present as a mum and wife at home and a full blown Motherland Mogul at GoalGetter.

I am also looking to transform the GoalGetters seven winning ways into a training that I will facilitate to 360 high school and university students as well as young professionals in 2017. I want to also acquire my coaching license to offer specialized personal support for the tribe.

How do you stick to your goals and make them a reality?

My top GoalGetters winning way to getting things done is the tribe aspect. I firmly believe that we all need to create or identify tribes of people who can support us in our quest to achieve more.

My greatest supporter who would be the chief in my tribe is my husband. He is also my best friend and gets to see the most beautiful and the ugliest of my leadership journey. I also have peers, mentors, coaches and colleagues who all balance out the tribe.

Fun question! If you had a million dollars today how would you spend it?

Firstly I would set up a trust fund for my son, set up several investments, scale up the GoalGetter to ensure we can empower more people to get things done.