Grace is a seasoned banker with over 20 years on international banking experience in Europe as well as several countries in Africa.  She boasts a successful career and a number of ‘firsts’ in her current bank. Though she at one time loved her job, the enthusiasm is waning as office politics thickens, even as she seeks a more fulfilling vocation.

But Grace has another burning desire – to own her own executive events management and floral business.  Having grown up in Nairobi, with her stay-home mother, being a keen gardener and floral enthusiast, Grace has a keen interest in flowers. She watched how the floral business flourished and prospered in Kenya –even at export level. Grace is also a good organizer and has a keen eye for events management, particularly corporate events.  She has dreamed of having her own events management and floral business for many years – but to date, fear of financial insecurity and stepping leaving her banking job holds her back. She remains frustrated with her job and her life, yet dreams of stepping out into the world working in the area of her passion.

But when we cease to dream and to execute our dreams, we make a folly of our hopes. Our dreams form the very essence of our desires and hope –and we owe it to ourselves, and perhaps even to the world at large, to have the audacity to execute. 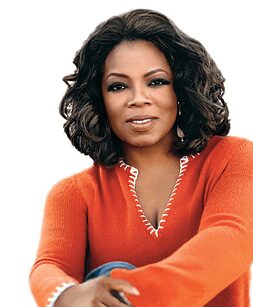 Ms Oprah Winfrey records that when she decided to move from Baltimore to Chicago as a Talk Show host, everyone thought she was insane, for she, a black woman, was going to the eye of the storm. Chicago was Phil Donahue land, and Phil Donahue was the king of talk show hosts. How and why on earth could Ms Winfrey do this to herself?

Why would Chicago want to see a black woman hosting a talk show when they had Phil Donahue? Oh, but Ms Winfrey was a Dreamer. Ms Winfrey was not only a Dreamer but she was also a Doer.

She dreamed about her tomorrow, envisioned her futurist self, and had the audacity of hope. She packed up and moved to Chicago.  Her audacity delivered on to her – even far beyond what it did for Phil Donahue.

Let us bring it more home. I recently came across Ghana Must Go, a fascinating book by Taiye Selasie (in feature image). Reading her interviews and her book itself, I was reminded of what Selasie said in one of her interviews on the book: ‘I’m very willing to follow my imagination’.

She recalls that the idea for Ghana Must Go came at a yoga retreat in Sweden and got typing. For her, the book was entirely realized. It was a book that she wanted to read, a book whose characters she had dreamt about and conceived, and a book she dared to write.

She dared to dream, she dared to write, and the book has delivered much international acclaim. That’s the audacity of hope. 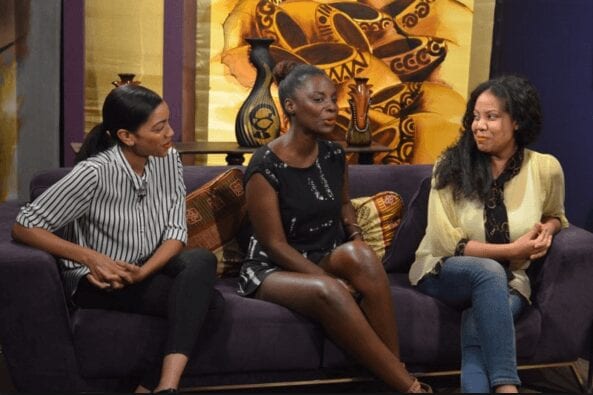 Some of you may have seen the web movie series An African City, created by the fabulous Nicole Amarteifio. The story goes that whilst at University, and having recently seen Sex in the City, Nicole was intrigued to imagine what an African story line may look like. The intrigue literally captivated her, and Ms Amarteifio began the journey of script writing.

Research, research, research; script, script and yet more script and a few years down the line (even whilst working an international job), the final script was born. Still working a full time job, Nicole made time and used funds from her savings, friends, and family to gather actresses and all necessary resources to produce the movie, and now the rest is living history.

From CNN and BBC interviews, to Forbes Africa Woman features to speaking at the Cambridge University Business School, and being contacted by numerous international TV channels for Season 2 of An African City. Small, deliberate steps.

Yes, Oprah Winfrey, Taiye Selasie and Nicole Amarteifio could have fallen flat on their faces, like many others. Yet, the bottom line is that they took small, deliberate steps to actualize their dreams.

They bring us nearer to our hopes and dreams.