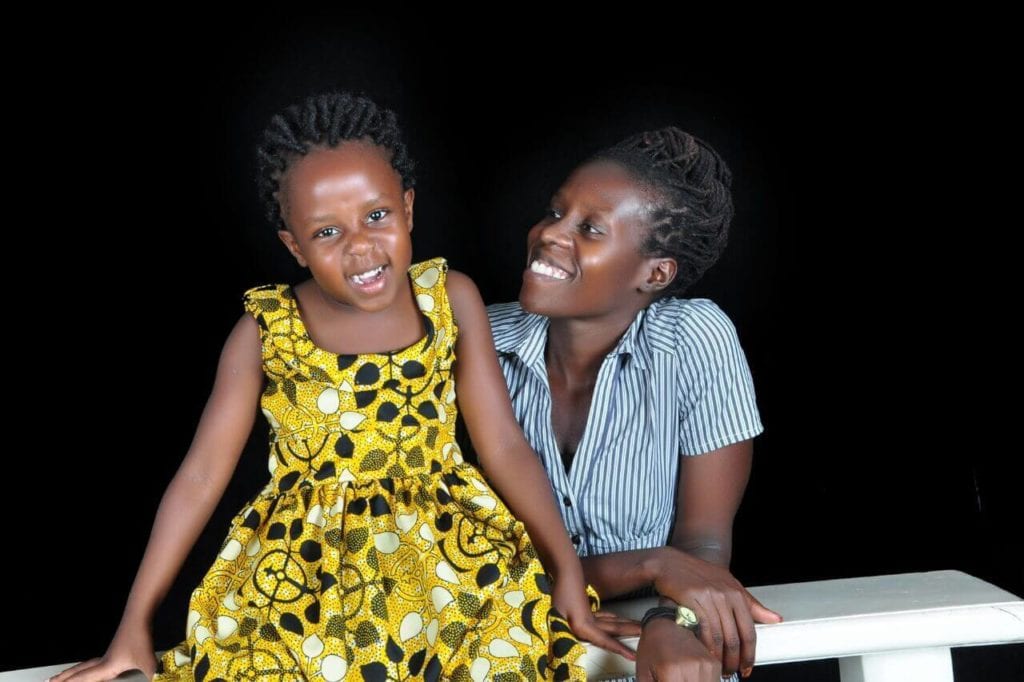 My first stop on finding out, was the house of the responsible other party. I got the shock of my life when he frankly told me that he wanted no part in the drama of unexpected parenting. So, here I was, fresh out of secondary school with no idea what was next for me. Watching people parent was one thing but being a single, young parent was a whole other thing.

I could either decide to be a child and cry about how unfair the world had been or tough it up and take it like a woman. I cannot dispute the fact that I was very scared but one of us had to be the grown up and seeing as this miracle was growing in my womb, that person had to be me.

I found a job and started to plan for both of my baby and I. Fast forward to a few months after, my dear little princess was born.

After that, I decided that I wanted to work with NGOs that focused on family planning and sexual awareness. That was how I got started with the Family Life Network.

Five years and so many workshops later, I cannot even begin to say how remarkable a journey it has been to impact the lives and choices of youth. We encourage kids to know and understand their individual worth at such a crucial stage that is often subject to peer pressure.

It is very rewarding for young girls to look up to me for mentorship, guidance and counsel. It is such a big deal to have the kind of power to influence their choices for good, to cry with them in their hard times and assure them that despite the storm and the pressure, in a little while, they will be just fine.

Over time I realized that my circle of influence was growing and a lot of the would-be young girls had grown into fine young women in the work force. Now, my focus has also grown to helping them maximize their financial ability and as much as possible, learn to be independent.

A year ago, I started Lamera, a project that seeks to empower young women with as many necessary skills as they need to survive in this era. Some of the practical skills include jewellery making, knitting, cooking skills particularly making and packaging peanut butter better known as odi in Northern Uganda.

The essence of Lamera is to empower women to know that their worth is determined by them and the world will only value them based on how they value themselves. I strongly believe when a woman realizes this fact, the world then becomes her stage. She becomes a force to reckon with and can do pretty much anything that she sets her mind to!

Balancing my initiatives with being a single mum

Starting Lamera is a dream come true for me. My biggest challenge was and still is breaking through to the woman at the grassroots. A lot of the women that have zero access to these skills are hidden in rural Africa. To work my way around this, I am building relationships with churches and individuals who have access to these women so I can assess their needs in order to be relevant to each set of women.

None of my passions were negatively affected when I chose to have Stephanie. If anything, being a mother awakened my creative juices causing them to flow much better and faster. I kid you not!

Amazingly, Stephanie is the split image of me. She loves singing, dancing, reading and always actively participates in her school productions. She is such a brilliant child! She recently reached the finals in her class spelling bee competition and I cannot begin to tell you how proud of her I am.

I reckon my work is cut out for me and I’m enjoying the thrill of the challenge. I have been told that I cannot be relevant to all women but I believe in starting one woman at a time and that ultimately is my strategy.

To work with one woman at a time and knowing how much women like to share, the knowledge will spread one way or the other.

My biggest belief is that to start a thing is more important than to say you want to start it. Sometimes you’ll be the only person who believes in what you’re doing but keep right at it. If one way doesn’t work, don’t quit! Try it another way and if that doesn’t work, try another way!

Keep at it until you find your way to what works for you. Believe in yourself even on the bad days, especially on the bad days and keep your head up knowing that it only gets worse before it gets better and surround yourself with positive people.