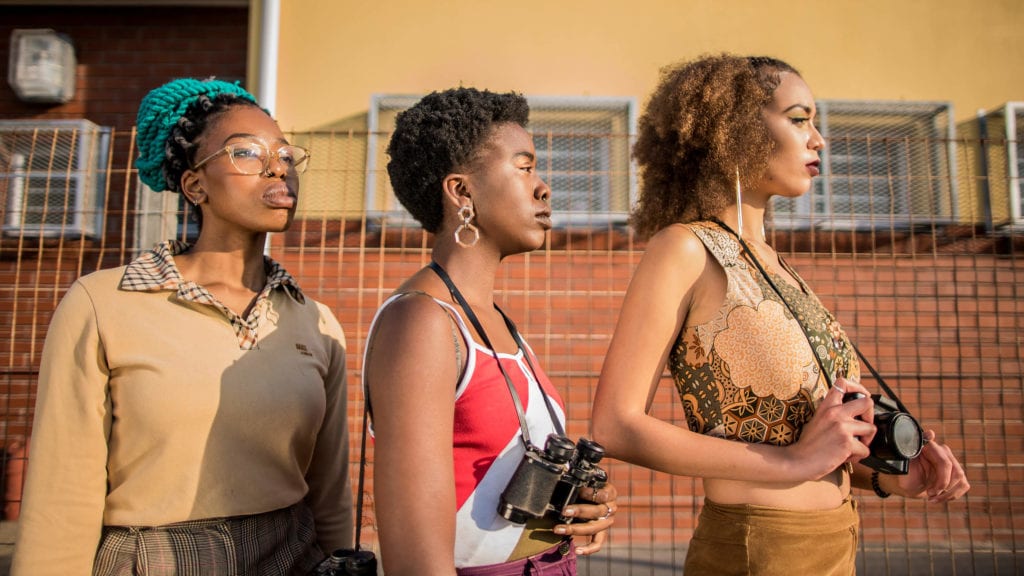 We all know the challenge of getting African parents to understand what you’re doing when you’re not in a typical 9-5. Now, imagine if you were making a webseries?

The Foxy Five is a hot web series that brings lessons from intersectional feminism in post-Apartheid South Africa through five characters. It draws creative inspiration from Blaxploitation cinema and based goddess, Pam Grier.

SLA is excited to see gorgeous women bringing magic to our screens. We were doubly excited to speak with two women from the Foxy Five team. Jabu Nadia Newman is creator, writer and director while Gugu Radebe is the show’s producer.

With them, we uncovered the joys of being part of a production team that is all-women and why South African women are at the forefront of change. We also got Jabu and Gugu to share what should be inside a self-care toolbox.

Why use a 70s edge to tell the story of intersectional feminism in post-Apartheid South Africa?

Jabu: I used a 70’s edge to create a cinematic world for the characters. I knew that a lot of what was going to be in the narrative would be real experiences but wanted to stay clear of, like a documentary style.

I wanted the world that The Foxy Five live be influenced by The Black Panthers, Blaxploitation cinema, all of Pam Grier’s bad ass womxn characters and 70’s fashion. Fashion is a huge inspiration for me and I want all by work to be connected by a particular style or era.

Jabu: The most amazing thing about working with womxn is the ideas that we come up with. Because we’re all relatively going through similar experience, we always seem to read each other’s minds and understand each other’s viewpoint and vision.

It has been a blessing to have these womxn trust my vision and understand what I’m —and we’re all— trying to do. I don’t think many men would have supported me when I first started The Foxy Five.

The most difficult aspect of working with womxn, is finding womxn in film to take up crew positions. Like finding a womxn sound recordist and engineer proved to be very tough. Oh, and getting time in everyone’s schedule to just meet and shoot is fucking hard. Like wow, black womxn are doing the most so we’re always busy.

Gugu: It has been surprisingly ‘easy’ in the sense that we are all womxn that know each other from different spaces and circles however when the call to begin the project came, coming together was effortless.

Creating a kind of sisterhood came naturally to us. With that mentality alone, it made it easier to come across different womxn that would want to be part of the project.  What has been particularly difficult is finding a predominantly black womxn team to fulfil production specific roles, however after a lot of researching we were able to find more womxn to fulfil the core roles in the production team. 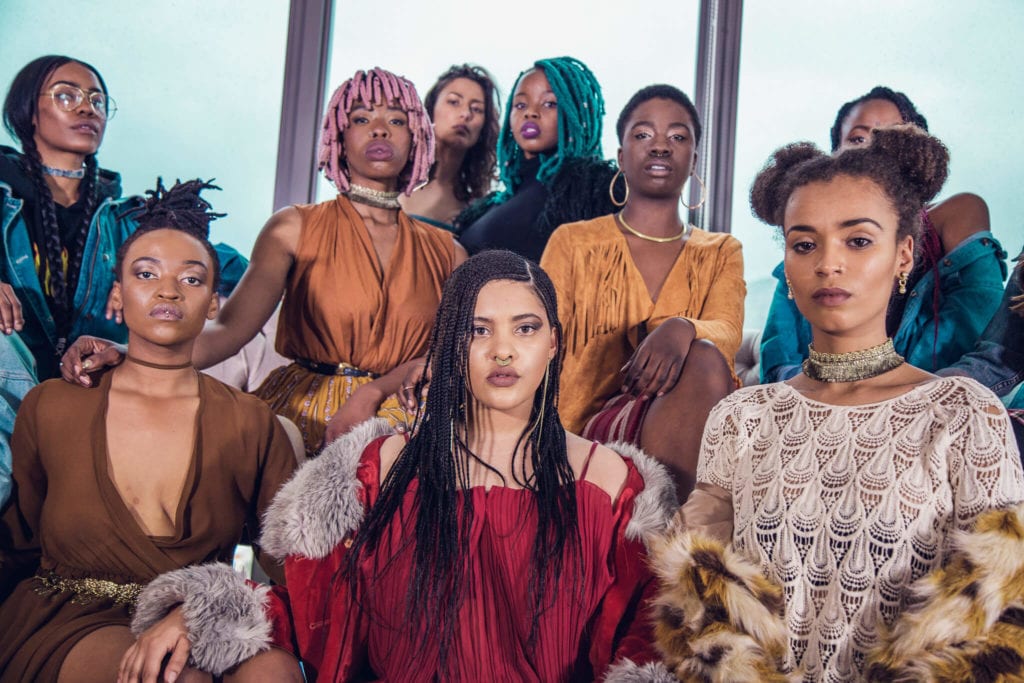 In your interview with OkayAfrica, you mentioned that South African women can add much more to the rest of the world regarding feminism.

Can you share what issues South African women deal with today and how they navigate them?

Jabu: Right now, South African womxn are leading the revolution and are at the forefront of bringing change. Plus, these womxn are also having to make sure that the movement is intersectional and call out all the misogynistic and patriarchal bullshit that is evident in the movement.

(South) African womxn also draw so much power and strength from their ancestors and pre-colonial history that when it comes to decolonizing feminism we need to be playing a huge role.

What particular challenges have you faced as South Africans making a web series?

Jabu: The biggest challenges as with any independent film-making is funding. And then next is probably getting our parents to understand exactly what we’re doing.

Gugu: What has been particularly difficult is sourcing funding. Considering that this web series medium is fairly new, not enough funders cater for this specific medium here in South Africa.

As intersectional feminists it’s hard to portray these five archetypal characters- or any others- without projecting our own individual thinking around topics that are raised.

What can we expect from The Foxy Five in the next six months?

Jabu: Firstly you can expect the last 3 episodes of this season and then only bigger and better things for next year!

Gugu: We will be releasing our last three episodes soon and we’re still to unpack many layers of intersectional feminism all the way up to the finale.

In the interim we’ll be hosting fundraising parties come November in Cape Town CBD, keep your eyes on our Facebook Page for more information.

What do you think young black South African women need in their self-care toolbox?

We want to know what amazing things young women are doing in your communities. Tell us about them here.