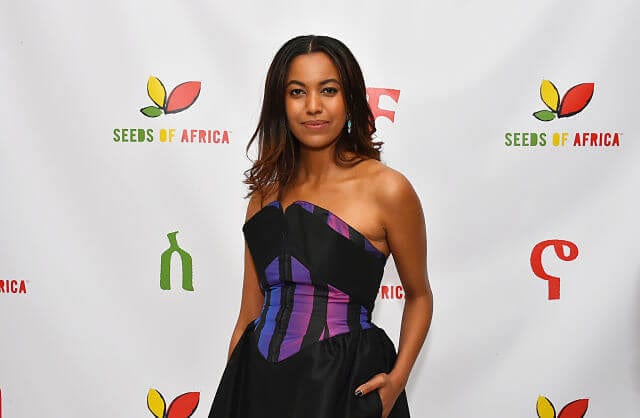 Former Miss Ethiopia and Columbia University alumni, Atti Worku started Seeds of Africa Foundation (Seeds) as an afterschool program in the backyard of her childhood home in Adama, Ethiopia. Eight years later, the program has evolved into a full-time school which serves 114 children from poor families (with plans to serve over 150 students from September). Seeds’ model is a far cry from the traditional ‘chalk and talk’ methods in most Ethiopian schools with project-based learning forming the base for all learning.

In addition, Seeds runs complementary community development programs including a microloans program for women to start or grow businesses, adult literacy training and health and gender workshops. Seeds of Africa plans to expand to a full pre-K to 12 program through its Dream School Campaign to purchase land and build a state-of-the-art education and community hub.

SLA contributor, Liz Moran, who just so happens to be the Country Director of Seeds, recently chatted with Atti about Seeds’ origins and visions for the future.

Where did the idea to start Seeds of Africa come from?

You know, in the neighborhood where I grew up, most of the kids who lived nearby went to public school. I was lucky to attend a good private school. By middle school many of my neighbors were dropping out of school. Boys would drop out and work in the informal market while girls were getting pregnant. You could see all of the issues associated with poverty.

I didn’t fully understand what it all meant at that time but as I got older I realized that I wasn’t smarter than them or anything. I just had more opportunity. Seeing these issues firsthand left a great impact. It was people I knew and grew up with and once I had that understanding I knew I wanted to do something.

You started Seeds as an after-school program which later evolved into a full-time school. When you were laying out your plans for Seeds, how did you want it to be different from other schools in Ethiopia?

When I was conceptualizing the program, I wanted to focus on quality. At that time elsewhere, there was a huge focus on numbers. The big push was to put kids in school rather than looking at what they were learning or the learning outcomes. I wanted to provide opportunity for students to reach their potential. I know this is cliché but I didn’t want kids to be limited by what was around them.

I also wanted something that focused on the whole family rather than push kids away from homes. I knew I didn’t want a boarding school. Finally, I wanted to create a place where both boys and girls got the opportunity to learn together. We definitely need a push for girls’ education but I also believe that if boys and girls are in same space and learn to collaborate as children they can work better together as adults. 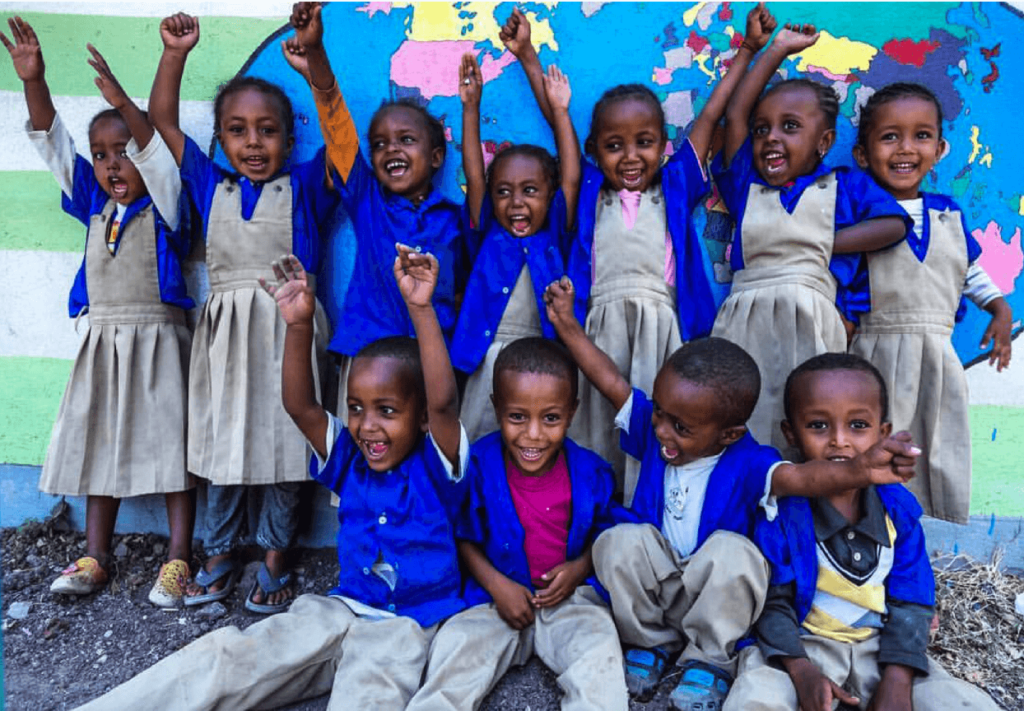 I know that you recently returned to Ethiopia after several years abroad. How did it feel coming back and what changes have you seen in the country?

The population growth is intense. You read about it but then in person you are confronted and think, “Holy cow, that is a lot of people!” The difficult thing is that the poverty is still there. The economy is growing but the population is growing even faster.

On the positive side, the infrastructure has really improved which is necessary for development. Mostly, I was struck by how a lot of younger people are working now. People are very entrepreneurial. Growing up there was always a sense that people had lost hope. It just seemed insurmountable. People didn’t know where to start so they didn’t. I loved seeing the hustle of so many people –especially women– going to work in the mornings.

With Seeds, seeing everything after so many years was really incredible. The kids are unbelievable. They are so smart, and inquisitive; so confident! When you think of the backgrounds they come from it is really a testament to the work of our team. They really understand why this work is important and treat the kids with a lot of love and respect.

I also loved seeing the women whose businesses our microloans program has helped start or expand. It is actually changing the quality of people’s lives.

I know this is probably hard but if you had to pick a favorite moment from your trip to Adama what would that be?

So many but I really loved break time when the kids would all be jumping around. Everyday, I was secretly waiting until they’d come out of class. For me to be able to play the games I played when I was a kid with them was really great! I was also really touched when the mothers organized a coffee ceremony for me. They took initiative on their own.

Oftentimes people think that if you’re poor, you’re helpless but that could not be further from the truth. They made that very clear when they collected their own money to have a get together and talked about wanting to give back to Seeds and contribute. They would say, ‘Tell us what more we can do.’ I really appreciated that! 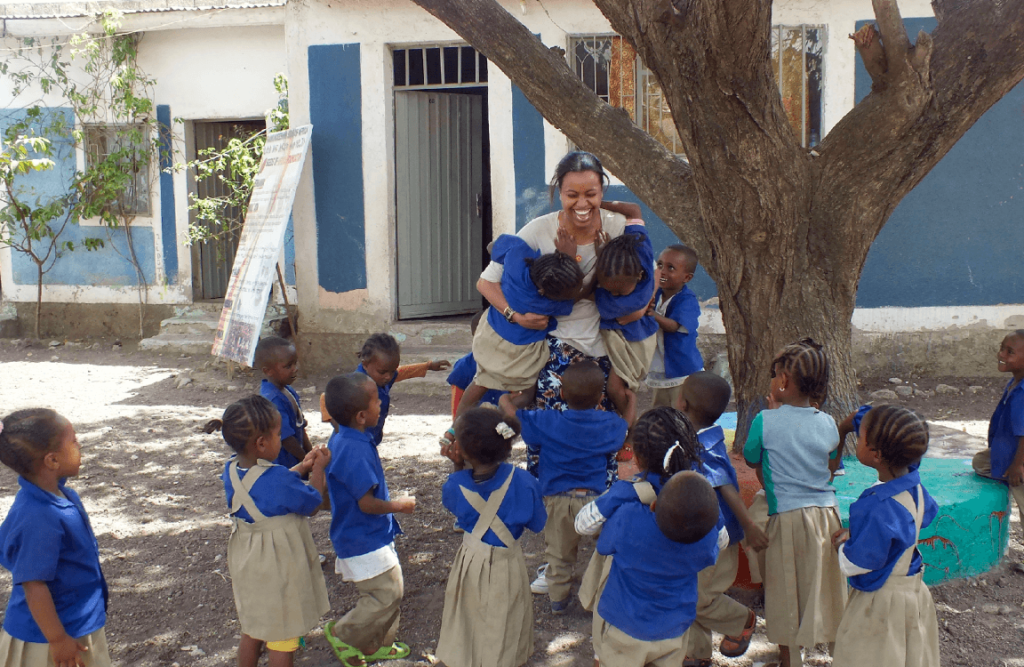 Looking towards the future, tell me a bit about the Dream School Campaign and Seeds’ plans for expansion.

Currently, we have been renting facilities for our current campuses which is difficult. I believe that environment is a big part of learning. If you learn in a well-designed environment, you learn better and, more importantly, you see what is possible. I want to build something that our students and the community are proud of. In addition, the new facility will not only be a school but also a space that the community can take advantage of.

We want to create a hub for other organizations to provide service and collaborate. We want to create the first public library in Adama and establish a model of how to build sustainably using recycled and indigenous materials that meet the standard of a quality school anywhere in the world. Right now, we are in process of acquiring land and the initial stages of the design process. It is a big project but we are hoping to open the first phase by 2018/2019.

Seeds is a women’s run organization. Was this an intentional decision or did it happen organically?

To be honest, it organically happened that way. In the beginning on the US side, we were all volunteers and as a lot of data shows, women are more likely to volunteer than men. Once we started growing (and paying staff), I interviewed a mix of men and women but mostly I’ve found that the best candidates happen to be women, which is even better!

Now I’m happy that we can show that it is possible to be a woman and run something and succeed doing what you love. We have seen many unintended positive impacts of having a female-led team.

What has been the greatest challenge with establishing a non-profit in Ethiopia?

That’s a sensitive question! Things move a lot slower. That is the biggest challenge about working in Ethiopia generally.

What I think is even more impressive is that you started Seeds as a full-time student. How did you manage this?

Thank you! I actually started Seeds before when I was modeling but then I became a full-time student just a year later so I honestly don’t know how I managed it! It required extreme organization and time management. I literally had my schedule for everyday from when I would wake up to when I would go to sleep, seven days a week on a spreadsheet. And I had to follow it.

When you don’t have a lot of time, you are forced to work more efficiently. Sometimes I had to answer work emails while sitting in class, or miss social things at school in order to attend work events. It was difficult but I enjoyed it. I thrive under stress.

What else do you see in the pipeline for yourself?

Personally, I want to do more writing. I have been writing for Huffington Post and I want to expand on that. I am also applying for some leadership fellowships and have started to look into how I can be involved with economic development work in Africa.

What advice would you have for a woman who wants to start her own organization or company?

If you know it’s something you want to do, just get started. Starting is the most difficult thing. Then stay focused on the long term. It is stressful and difficult in the short term and there are a lot of sacrifices you have to make, financially (especially at the beginning). Also ask for advice by those who have done something similar before.

Some people might tell you it’s too hard to do but trust your instinct and the research you have done (make sure you have done enough research to understand the marketplace for whatever you are working on before you start). It’s not an easy road but it is one of the most fulfilling experiences because even if your venture doesn’t succeed you gain experience and expertise that make you a more valuable asset to others. If you fail, try again. Never give up, ever!