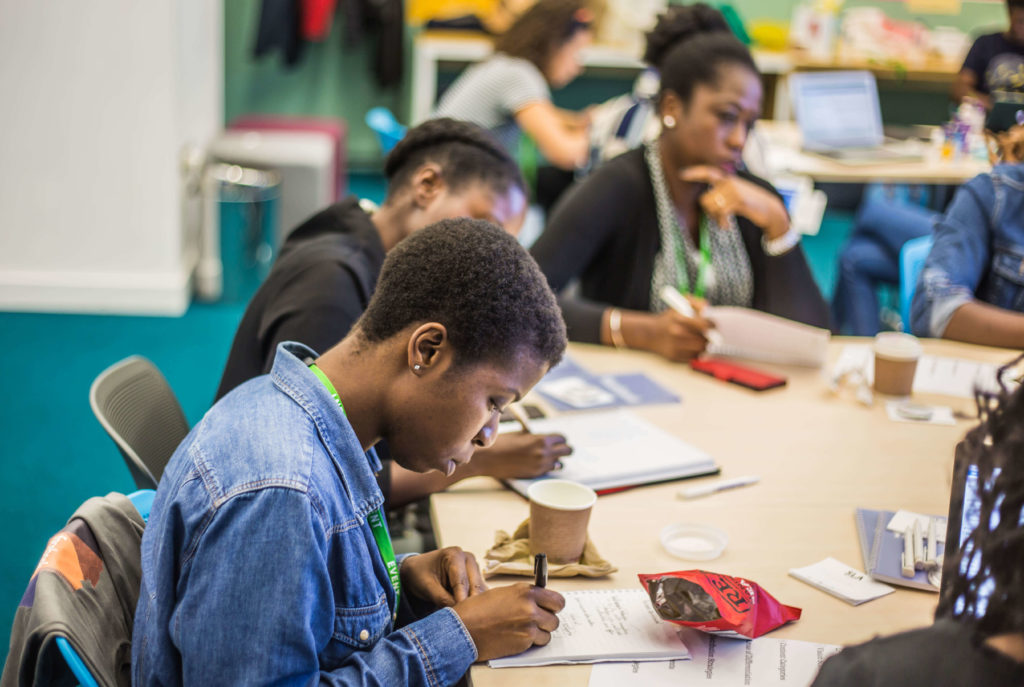 Despite the fact that rising tuition costs have led some to question the true value of an advanced business degree, the MBA remains a popular course of study. It’s certainly expensive. And the first few years out of school can be difficult as graduates look to balance budding careers with paying off student debt. But there’s little doubt that in most cases, the MBA can also help the same graduates to obtain better jobs with more satisfying career paths.

Unfortunately, however, there are still some disadvantages for women and people of colour when it comes to MBAs. Back in 2013 Lillian Lincoln Lambert, the first woman to earn an MBA at Harvard in Massachusetts, gave a speech in which she suggested that when she was in business school (in the late-’60s) people didn’t feel that black people or women should be there. In the late-’60s, this was a simple result of racism and sexism. In today’s environment those ways of thinking are less prevalent. But there is a lingering impression among many that business school is meant for white men.

And of course, this doesn’t need to be the case. And despite questions about MBA value these days as well as continued disadvantages for women and people of colour, a business degree may be more worthwhile than ever for a black woman to pursue.

Women and the MBA

The most obvious reason for women in particular to consider the MBA is that more companies are striving to facilitate equality in the workplace. And thus, women are, in some cases, in high demand. However, that merely covers the value of the degree. There’s also tremendous value in the education and experience of business school, arguably more for women more than for men.

One article a few years ago, listed reasons for women to pursue MBAs and essentially pointed out that business school offers an invaluable preview of a world typically dominated by competitive alpha males. By growing accustomed to asserting themselves in this kind of environment, women can be better prepared for a life in business.

Diversity and the MBA

Just as more companies are aiming to narrow the equality gap between how women and men are represented, many are also starting to address diversity in the workplace. Places of business are increasingly encouraged to go public with reports on diversity. And so, the need to hire candidates of different races and ethnicities has intensified.

However, a report from the US citing surveys conducted by Bloomberg indicated a problem. Diversity in the corporate world is rooted in the lack of black MBA candidates. Indeed, the same report said that in 2014 only 6% of full-time MBA candidates polled identified as black.

That means that black students, in addition to women, are “in demand,” so to speak, where business education is concerned. However, going for an MBA isn’t all about opportunism in the workplace. It’s also about pursuing a genuine jumpstart for one’s career.

A few years ago an article discussed the benefits of the MBA for nine successful black women across a range of industries. The ultimate impression was that each of them benefited greatly from higher education. The MBA may be more accessible than ever for a black woman —but more importantly, it’s also legitimately helpful.

The fact that some business schools are more focused on admitting women and people of colour does not negate the fact that applicants still need to be qualified. And, just as importantly, be able to showcase that qualification.

Applying for business school is a major task. There’s an art to creating a successful application that goes beyond listing strong test scores or accomplishments. For the MBA and, really, post-graduate education in general, a lot of it comes down to personal expression.

One program online provides a comprehensive coaching program for MBA applicants and emphasises the importance of personal expression. That particular program helps with all aspects of applications, the testimonials. And examples regarding essay writing should help you to get a feel for how personal the process is.

Applicants need to show their passion for business, indicate their career ambitions, demonstrate their strengths, and honestly express a few weaknesses. Above all else, they need to do so in a way that stands out in a heap of similar applications! It’s a tricky endeavour, and even improving conditions for minority applicants don’t change that.

Is it worth it?

The tuition is high, the application process is difficult. Women and people of colour pursuing MBAs are knowingly walking into environments where they’re underrepresented. Yet, things are getting better in that regard.

So is it really worth it to consider an MBA in 2016? Frankly, this depends almost entirely on one’s own situation and ambitions. Finances, job prospects, and career goals all factor in, and they’re different for everybody.

What is clear, however, is that being black and a woman is no reason to avoid business school.