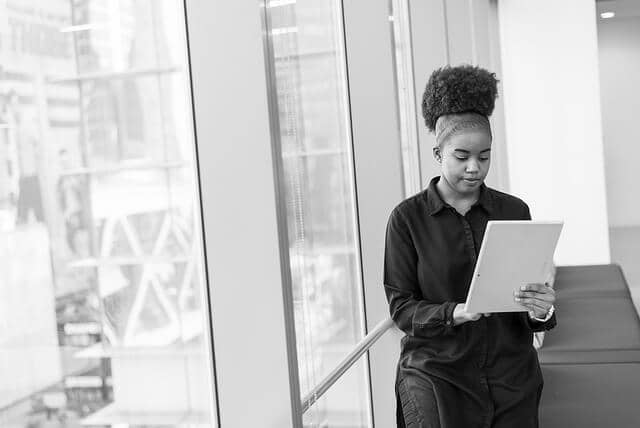 I am part of an entrepreneurial Facebook group (we’re now over 7,000 members strong). Let’s divide the group into two; techies and non techies. One of the most asked question by the non techies is, “I have an idea for an app and I’m looking for a developer. How I can I protect my idea?” In order words, how do I prevent a developer from running off with my idea, claiming it as his own, working on the idea himself and making millions of dollar off it? The response is usually the same; make him/her sign a non-disclosure agreement (NDA). This question always reminds me of my own experience with my second developer which I will share with you.

I first met him in the summer of 2014. I got to know he was a developer during our introduction but I was still poking around my idea so I said nothing. Over the next few weeks, our friendship grew. When I had figured out exactly what I wanted to do, I gave him a call and discussed my idea briefly. I also told him I wanted to build a small team; no more than four -including both of us. He said he could help with this.

The next time we spoke, he informed me that one of the developers he had available was going to work for Google and would not be available. The other developer was working on a project. He advised me that the best way was to get started with just the two of us . In the meantime, he wanted a one page Word document about my idea. I wrote a one and half page explanation of my idea and emailed it to him -without a non disclosure agreement. For many other reasons, it all fell apart. We never got started; neither did I ever speak with his developer friends. Here is what I have learnt since then;

1. Execution is all that matters

Ideas are like opinions. Everyone has one. I know that’s not how the saying goes but you catch my drift right? Do you realize how many million people are in the world? Do you know how many million people are thinking of the same idea you are thinking of? Well, I’ll put it this way then. A person can steal your idea, but cannot steal your vision. Like the non techies in the group, I was afraid of my idea being stolen that I became worried sick, almost lost appetite and drove myself crazy with paranoia for no reason. Do you know how much willpower it takes to execute an idea? Even if your idea is stolen, the execution will be different. No two executions are quite alike.

2. You are the visionary

As the non techie, if your idea holds any depth, meaning, you’re not looking to make a quick buck. You truly want effect change in a particular industry and change the world, you are the visionary. As the visionary, it is likely that you’re more committed than anyone else will ever be. As it is right now, I am mentally, physically, wholeheartedly committed to OneSavvyDollar and creating value for my readers in ways I cannot even begin to describe to you.

I have always been an advocate of getting a good business name and buying the domain name. It is a relatively inexpensive way to protect your business. Most companies run domain name promotions periodically. Even if the developer steals my idea tomorrow, surely, it will never be named OneSavvyDollar. He is going to have to pick a different name.

Until you actually begin to implement an idea, you never quite know how it will turn out. What I wrote as a one page document does not even begin to surmount to the changes and challenges my developers and I faced the moment we started working on this. But an idea does not necessarily stay in its original form from inception. The interesting part, the idea continues to change because I let my users guide me to what they want (to a reasonable extent.). You can only understand this when you begin to match action to words.

5. A rule is only as good as its enforceability

It’s one thing to have a non disclosure. It’s another thing to be able to be able to pursue it should there be any violations. We watch movies and believe the rules apply all the time. But it doesn’t quite happen that way. In the case of the Face book lawsuit between the Winklevoss twins and Mark Zuckerberg, the Winklevoss twins had the resources. Here are five fast facts about them:

Can you understand now what I mean by resources? Truthfully, you most likely do not have the luxury of the time or the resources to pursue developer should the idea become a hit; particularly, if you are the sole business owner. Don’t forget it’s a game of probability; an idea could either be successful or not. If Facebook wasn’t successful, they never would have bothered.