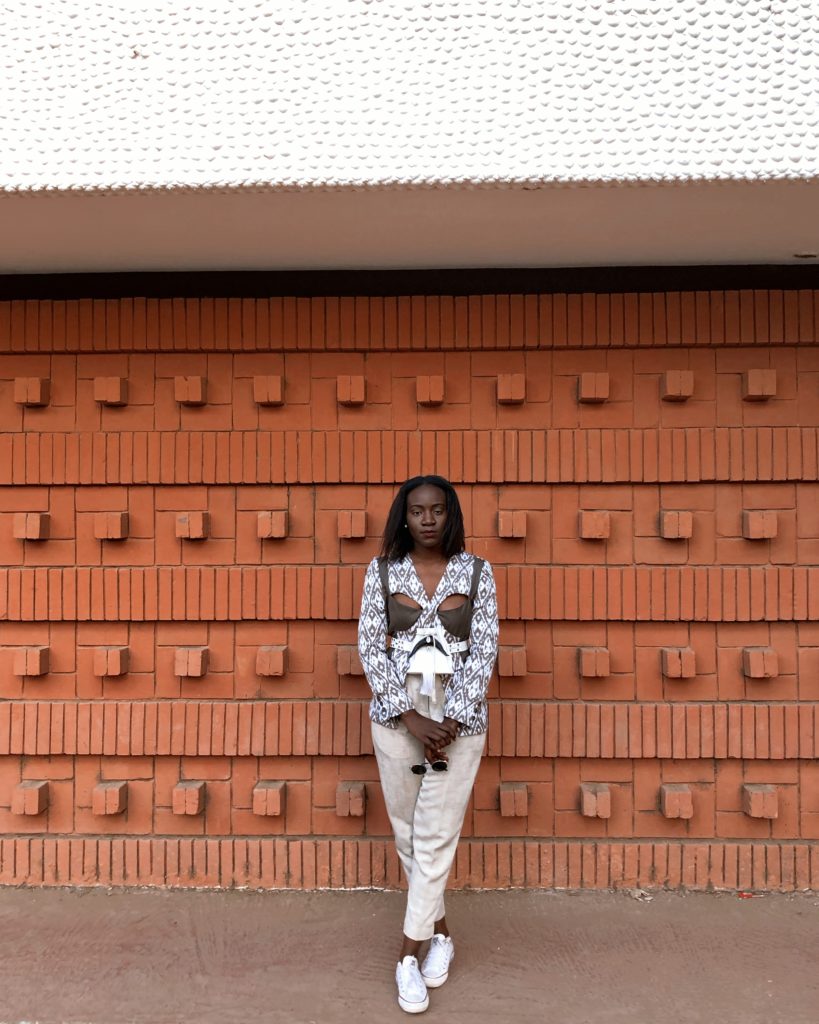 Mamy Tall is a 26-year-old Senegalese powerhouse, architect and art director. Over the past 3 years, her work has not only catapulted and heightened Senegal’s global artistic merit and tourism, but it has also created trends in Senegalese and African art direction outside of the white gaze— a sort of ode to “our art, for us and by us”.

In 2014 Tall co-founded the social media platform, Dakar Lives, that has won third place at the Linguere Digital Challenge. It has been recognized by CNN, Konbini, OkayAfrica, Hypebeast etc. It has also been classed in the top ten best digital platforms promoting African destinations, by numerous websites like Trace, Le Petit Journal and Tech in Africa.

In 2018, she worked as the artistic director on projects like; the launch campaign of Selly Raby Kane’s Pichkari collection; the Sidy collection by L’Artisane; the music video to Nix’s Highlander; and the photo-booth of the Afrodysee Festival in Geneva.

As an architect, Tall has worked on awareness campaigns about the use of local materials in African cities and the necessity of the rehabilitation of Saint-Louis (the ancient Senegalese Island recognized by Unesco World Heritage).

She has also worked with architectural teams designing public buildings in Dakar such as the Ministerial Spheres and the United Nations Headquarters, in Senegal’s newest city: Diamniadio.

She is currently finishing her first solo project, The Slim Villa. Rather than a “Jack of all trades, and master of none”— Tall is a clear “Jane of all trades and mistress of all”.

Mamy Tall is also a celebrated photographer whose work has been featured in Elle South Africa x Cote d’Ivoire, Elle Decoration, the  Afrourban exhibition in Montreal and Toronto, OkayAfrica, and on the accounts of Africa’s top Instagram influencers.

SLA contributor Mariama Wurie caught up with Mamy Tall, to find out what it takes to be so young, yet a leading figure and force for culture, architecture, and innovation in one’s hometown— making waves across Africa!

What’s it like as a young Senegalese woman, fiercely pursuing a career in this field? Tell us about your journey to becoming an architect?

It’s true that the field of architecture is perceived to be a male-dominated one in our society. What’s funny is that during my studies in Montreal, there were more women than men in my faculty.

I knew I wanted to be an architect since I was 8 years old. I know that’s an early age, and I don’t even know if I can say where it came from… maybe because I love sketching, imagining, tinkering with stuff and above all— I have a lot of energy.

My parents really pushed me in this direction, not to mention meeting Atepa Goudiably (a famous Senegalese architect) at the of 12, was a determining point in my life.

Becoming an architect allowed me to discover who I was, what I wanted, what I don’t believe in, and what I support— it’s been a rediscovery of my sense of vision (through an architectural lens)! 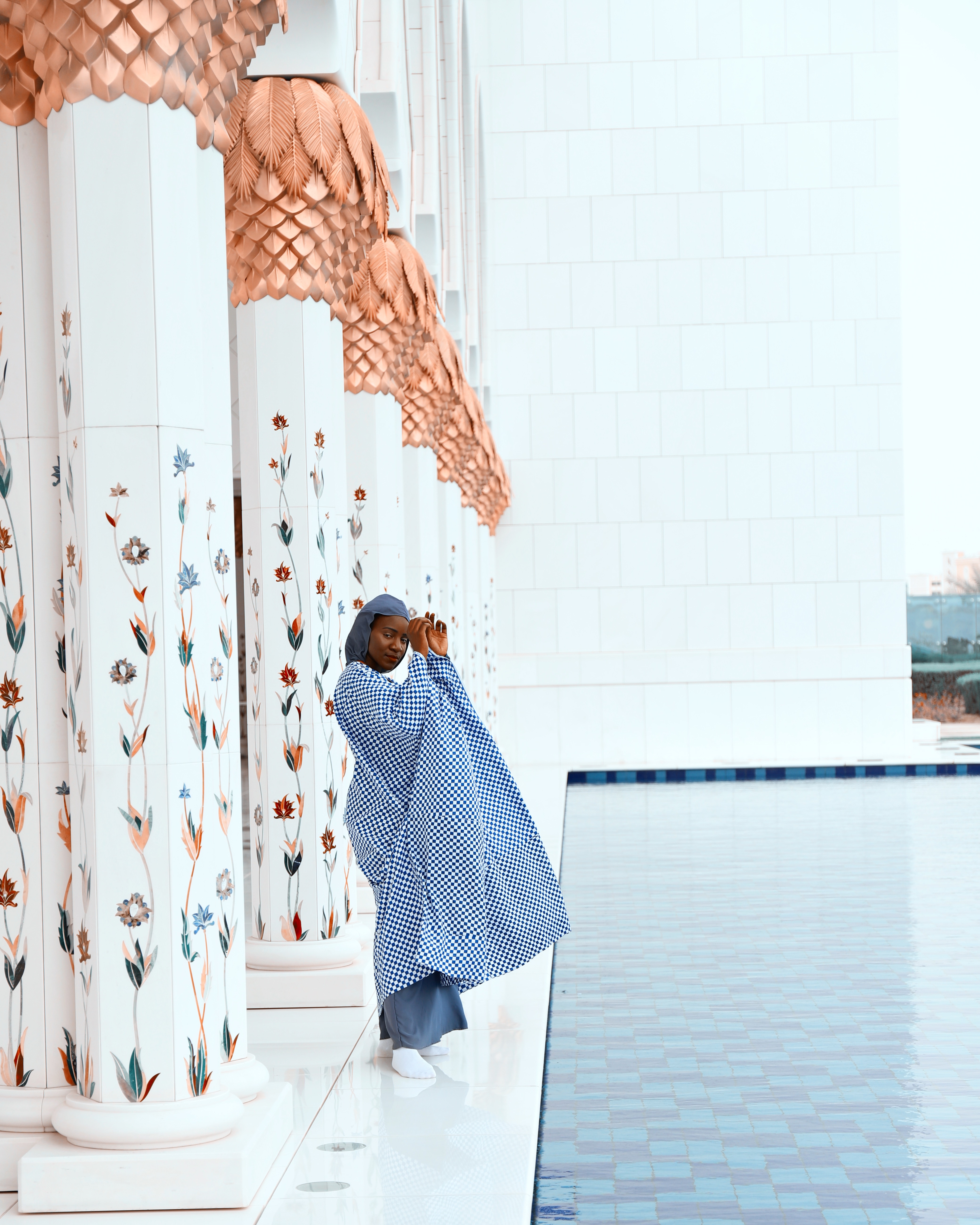 It’s this experience that today allows me to assert myself as a woman architect with convictions. As architects, our common mission is to constantly solve problems posed by the environment and society, we must never let misogynistic remarks hold us back.

What was your favorite project you worked on in Dakar? What was your motivation for this project and how did you accomplish the project’s goal(s)?

I have been back home in Dakar since May 2017 and I must say that I have had a lot of stimulating creative experiences.

However, to date, my favorite experience has been working on the music video for Highlander (April 2018).

The reasons that motivated me, the building featured in the video, the people I worked with— everything was in perfect symbiosis. I had already been contacted by the Nix team for the art direction/realization of the video, but it happened a month or two later— Nix called me one Tuesday saying “Mamy! We need to shoot this weekend, I’m going on tour next Monday”.

We had to mobilize and manage all the logistics in 5 days— the equipment, the mirrors, the choir, etc. And on Saturday, everything went perfectly!

I think one of the strengths of this project was the synergy that was on the set and the fact that almost all of us knew each other! The shooting was top, editing with Moshady (the director) even more top.

The day of the release, we had so much encouragement that it was really validating… and a few months later, the clip won the Best Music Video of The Year at the Galsen Hip-hop Awards— even more rewarding for us.

Becoming an architect allowed me to discover who I was, what I wanted, what I don’t believe in, and what I support - Mamy Tall Click To Tweet

Your designs are strikingly original. How do you get inspiration?

I’m inspired by everything! Everything inspires me here (in Dakar). From— the most insignificant scenes that I see on the street, to the daily inspiration of the African creative scene on social media— which I am quite fond of and close to.

I’m also inspired by the daily struggles that our society faces. One of my challenges is to make these problems that may seem trivial, “visual” to the as many people as possible— today’s digital generation.

I don’t limit myself in my creativity, I think that trying to go find inspiration is a very difficult/limiting thing.

What advice would you give to African women in architecture and creative/design roles for finding inspiration?

The most important thing is to develop your vision of things, your capacity to rediscover banal things. In general, we look at things on a shallow level— except what is deemed societally interesting.

Got any key advice for African women working up the corporate ladder in traditionally male-dominated professions?

I would advise them not to wait for validation from others to move forward. Unfortunately, we are in a society where gender equality is still a desire, we must work twice as hard to stand out.

I would advise them not to set a barrier in their creation and imagination. Do not talk a lot, just act. To believe in themselves and to not take too harshly to the misogynistic comments they might hear.

They should pick up on the underlying concern and issue that is feeding into that narrative that makes the person a closed minded individual. I would advise them to not feel obligated to do something, but rather to do what they really want to do.

To always try to rise above. To be the only masters of their image and not to deviate from their own universe, to remain oneself in any situation.

What cool and exciting projects can we expect to see from Mamy Tall in 2019?

I think one of the things that allow me to express myself so freely, is not giving in to outside pressure— to do what I want, to move at my pace.

That’s why I rarely speak about my projects while I’m working on them.