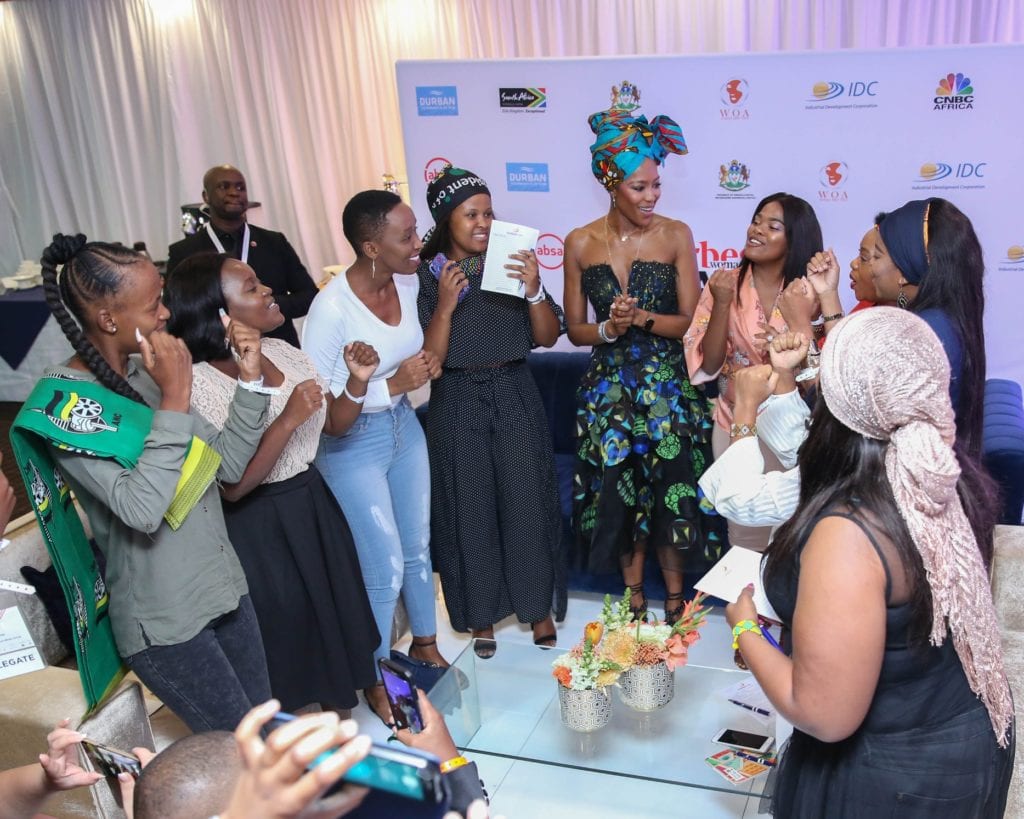 Getting an email that I have been invited to attend the prestigious Forbes Africa Leading Women summit on International Women’s day was everything I hoped for in 2019.

I had to make sure that I made the relevant arrangements to ensure that I was a part of this.

Forbes Women Africa hosted their 4th edition of their Leading Women Summit in Durban Kwa-Zulu Natal, and the event theme was – New Wealth Creators: the female entrepreneurs who are making a profit from unconventional ideas and industries.

In addition to this, these phenomenal women are those who have created an impact in their various spaces by transforming a market or company, or innovating a product or service and are pioneering their organization(s) in generating new untapped streams of income.

The nominees will have achieved positive financial results, have adopted sustainable development initiatives, increased shareholder value, created jobs, and have sound management and corporate governance, together with a set of values such as integrity, vision, and leadership.

The idea of a new wealth creator, as described by Forbes Women Africa includes emerging industries that are disrupting the global landscape.

What was this year’s summit about?

Having been selected to attend last year’s summit with only 120 women at the Hyatt Regency in Rosebank, I was blown away by the platform provided by Forbes Women Africa.

I was at an event dedicated to women by women and was taken aback by the caliber of women I got to interact with. Women such as Prof Thuli Madonsela, Vivian Onano, Rolene Strauss and other phenomenal women across various industries.

This year, the summit brought together women that are disrupting their industries and introduced them to their first ever Forbes Women Awards. It also celebrated a collection of female entrepreneurs on the African continent running businesses and social enterprises that are new, radical and making an impact on the economy.

Women from different industries and sectors and those who are changing the African business and societal landscape.

The Keynote speaker was none other than supermodel & activist Naomi Campbell, who believes that Africa is one of the leading continents in the world.

“Africa means a lot to me, and right now I feel that it is a time where in my industry that this continent is recognised by the fashion industry in having their footprint here” – Naomi Campbell

I totally agree with her and believe that many industries feel the same. Africa is growing and it is indeed where organizations, people and economies should be investing in.

My experience at the summit

My mentor, Vivian Onano was attending the summit too and we were both taken away by the presence that filled Durban’s Inkosi Albert Luthuli International Convention Centre.

From women in government, CEO’s from various sectors, women in sport, fashion and television, it was a day worth celebrating.

There were great women across the African continent spoke at the event including Linda Ikeji, Simidele Adeagbo, Noëlla Coursaris Musunka, Gugulethu Mfuphi, Nkosazana Dlamini-Zuma and more.

The day ended with the Forbes Africa Women Leading Summit Gala Dinner & Awards where remarkable women on the continent who have made significant strides to only change their industry but shape perception of Women across a variety of sectors we recognized, such as Sho Madjozi, Discovery Vitality Ambassador Caster Semenya, Arlene Mulder, and other phenomenal women, full list available here

Being a woman in Africa who’s passion lies in women development and empowerment, this summit was the best experience ever.

I am committed to being involved in initiatives like this that are dedicated to women in Africa and abroad. It was such a thrilling experience meeting phenomenal women, making life-long connections and being able to be in an environment that celebrates and puts women who are doing such great work in the spotlight.

I strongly believe that more organizations should be involved in such initiatives, looking at where women are going, the impact women are having on their networks, communities, industries and the world.