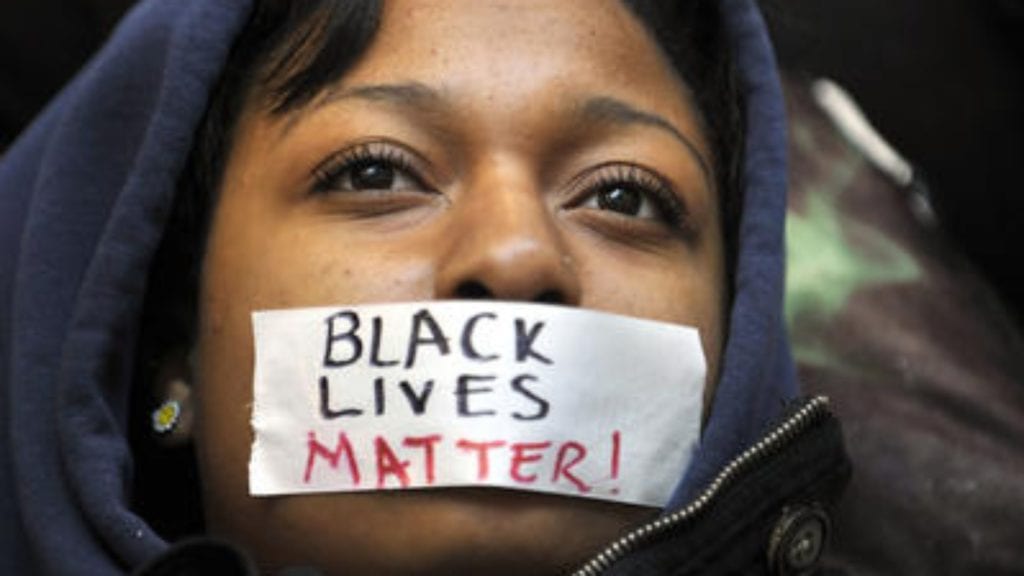 #BlackLivesMatter is an activist movement led by the African-American community. It began in July 2013 after the acquittal of George Zimmerman, a white man for the killing of Trayvon Martin, a young unarmed black boy. At the time of the shooting, I sympathized with the cause but it never occurred to me that it was more than an African-American issue.

Going to school in Ghana, I remember sitting in class where the lesson of the day was the history of slavery. Before the lesson started, our teacher warned us to keep our emotions in check. It was an international school and I can only guess that in order to avoid racial tension, this ‘talk’ was deemed wise. At the time, I agreed.

Fast-forward years later, I saw red after watching Eye in the Sky, a movie in which an innocent girl plays, blissfully unaware she has entered the zone of a planned drone attack. I was livid that somewhere far away from this girl, human beings could sit  in comfortable chairs and determine the fate of her life. I was angry as while it is fictional, Eye in the Sky is true to life.

Shortly after, I started thinking about #BlackLivesMatter. I realised that over the years, by trying to ensure that ‘peace in the classroom’ mentality, I had inadvertently contributed to the inequality present in the world. I wondered if the lives of black people mattered less in our global society partly because those of us, privileged with a voice, fail to get angry when we should. So I did what I could do, I started writing.

Anger is a powerful tool and, although it’s reputation has been corrupted by terrorism, it serves an important purpose. When we abandon it for that culture of ‘keeping the peace’, we encourage a dangerous dip in our sense of self-entitlement. In other words, we start believing we don’t deserve better. And when you don’t believe you deserve better and are worth more, others won’t believe it either.

Magnify this problem to the continental African scale and what we end up with is a group of nations that will accept the shortcomings of their governments and other governments that look down on them. Now, imagine trying to grow a successful business in an atmosphere like that? A business with the potential to improve the world, in a world that doesn’t believe you worthy. Will it truly reach its potential?

Founder, Alicia Garza, summarized the philosophy of #BlackLivesMatter by saying, “When we say Black Lives Matter, we are talking about the ways in which Black people are deprived of our basic human rights and dignity.” What is more un-dignifying than growing up a third-class citizen?

My poem, Things I should not say, was written to air out all those angry thoughts I had trained myself to bite down on since that day in history class. And when put on paper, I found that my anger was not only justified and fair, it was shared. We have every reason to be angry over the brutal treatment of African-Americans in their own country and to show solidarity to their struggle.

After writing Things I should not say, I found that I felt a little more liberated and had grown more demanding about what I was entitled to in every aspect of my life. My Black Life Matters…just as much as yours.

2 thoughts on “My Black Life Matters: Unlearning the culture of silence and ‘keeping the peace’”