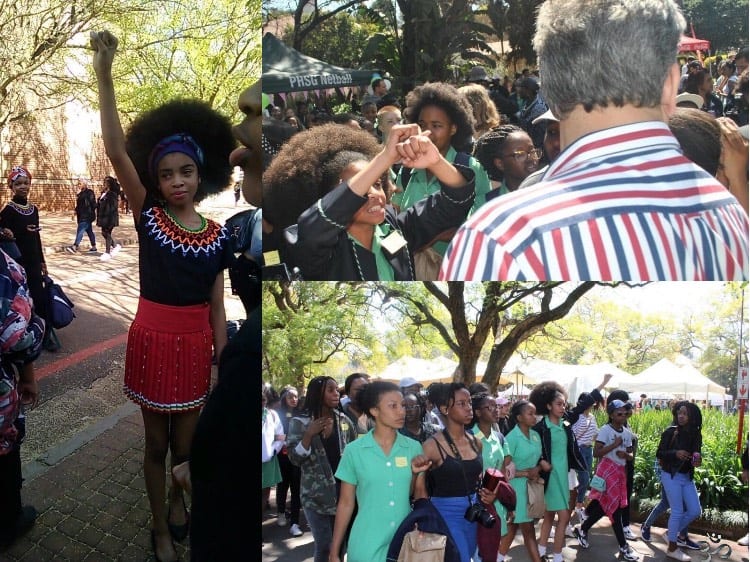 If you have not been living under a rock, you must have heard about the news that ruled the headlines last month. A group of girls in South Africa —who we would all like to adopt into our #SquadGoals— protested against their school for the subliminal and direct ways that they were being racist towards them. The subject in question was their natural hair.

As an African living in the US, this trending topic about how unprofessional and untamed natural hair is, is not new to me. Growing up in Ghana, I had heard all the “hair is distracting” arguments. This is why most African girls rocked bald cuts for most of our childhood.

From rocking a bald cut, to having permed strands to now growing kinky curls, I have experienced all the angles on the subject of ‘African Hair’. These are the 5 thoughts I had as I marvelled at the girls from Pretoria Girls High School.

Stop telling us what to do with OUR hair 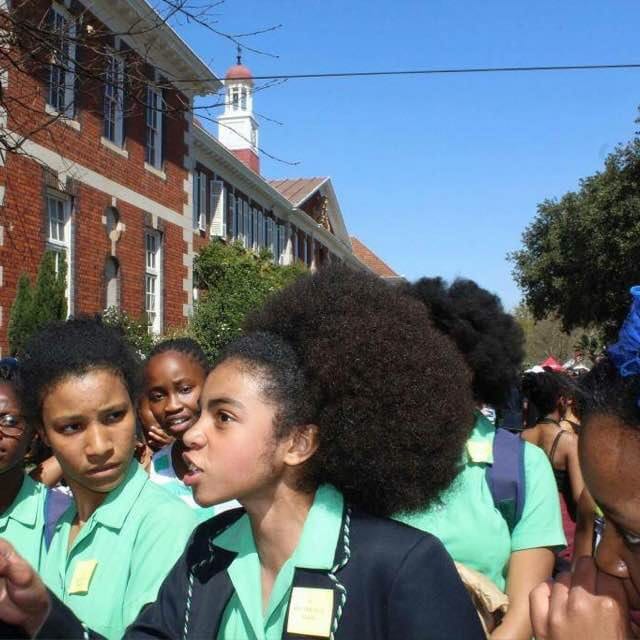 Whether permed or kinky, whether braided or dreaded…African women know what they want to do to their hair. And we don’t need your two cents.

If African women have to defend their hair everywhere else, should Africa be one of those places? When I heard this story in the news, the first question I had was “Where can we stand?”

African features have been under attack since long before we can all remember. From our broader nose to our bigger lips. And now our hair.

The fact that African features was being attacked in Africa of all places was unbelievable to me. I felt insulted, that this fight had found its way into our backyard. Are Africans not supposed to find a safe haven in their home? 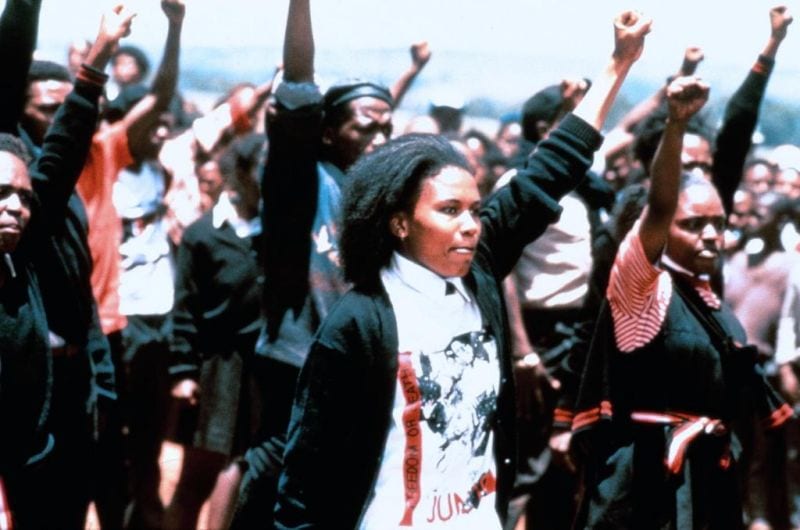 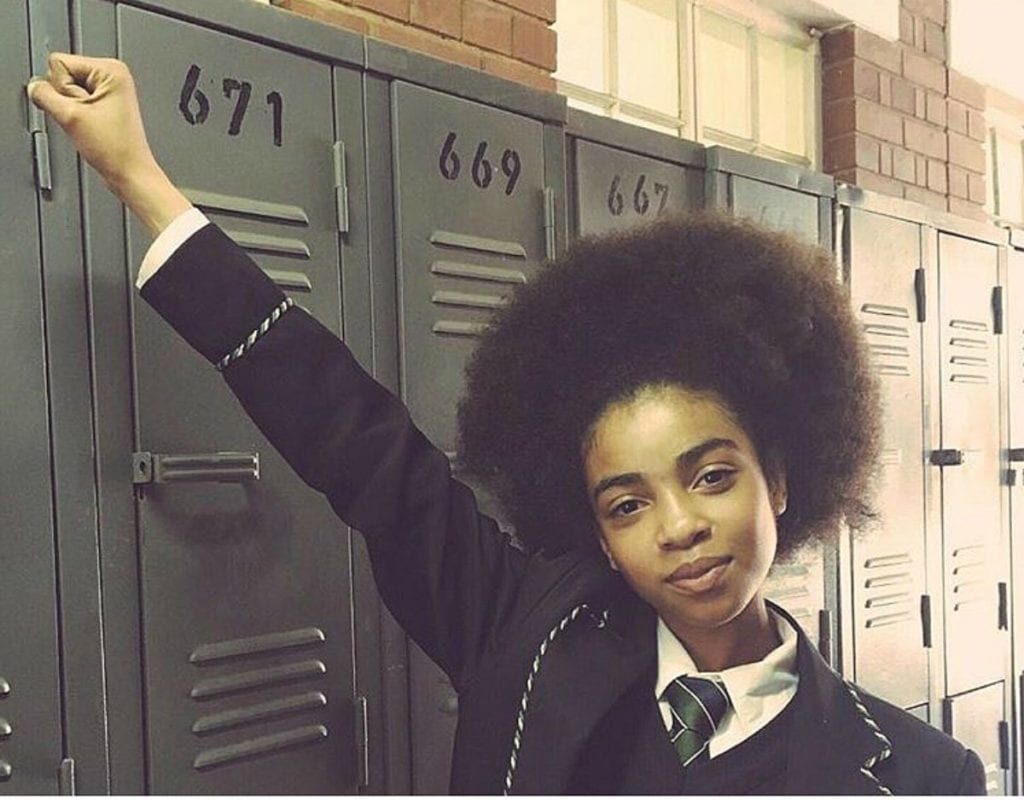 I immediately thought of Sarafina when I saw Zulaikha Patel fighting with her fist up for what she believed in. African Americans and other minorities in America, fight every day to be represented respectfully in film, culture and the arts….so should African children not be represented in Africa where they belong home?

We should not be denied the freedom of seeing people who look just like us and with hair just like ours. It warms my heart to know that almost thirty years after the movie Sarafina came out, these girls in Pretoria where able to draw the same kind of strength to stand up for what they believed in. 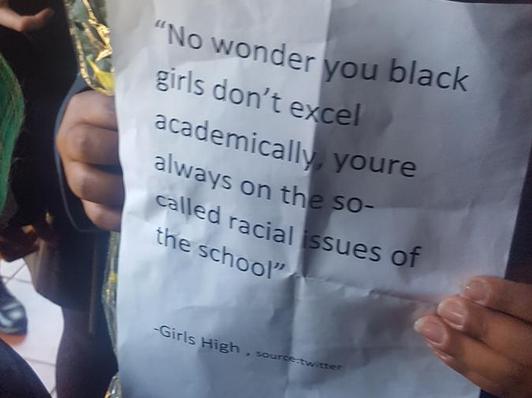 The problem with telling young girls to ignore the racial issues going on in their schools is that we neglect the fact that they will have to still deal with these same issue when their future employers are telling them their Afro is unprofessional.

Problem #2 with the statement in the image above: How do you expect black girls to excel academically if they have to deal with the mental chains of society telling them that their blackness is unnatural?

We are strong but we are tired of defending ourselves 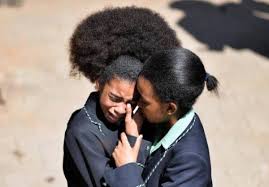 We are tired of defending our darker skin. Tired of explaining why saying “You are pretty for a dark skin girl” is not a compliment.

Tired of hearing the snide comments about how our hair would be more manageable if it was straighter. Tired of hearing how the traits that are most natural to us are somehow unnatural. 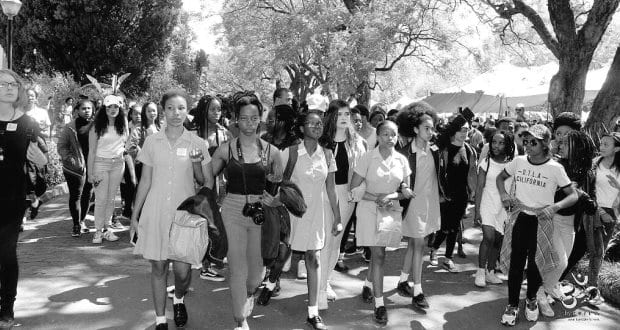 The future of Africa lies in the people who dare to fight for it….and the girls in Pretoria Girls High School fighting for their Afros are all kinds of #goals.

These girls came together to raise their voices and change the dialogue in the culture. These girls stood up and peacefully protested. They got made the world listen.

They captured the attention of world leaders, all because they decided to be girls who fight. Girls need to be taught that they too have the power to fight for a good cause.