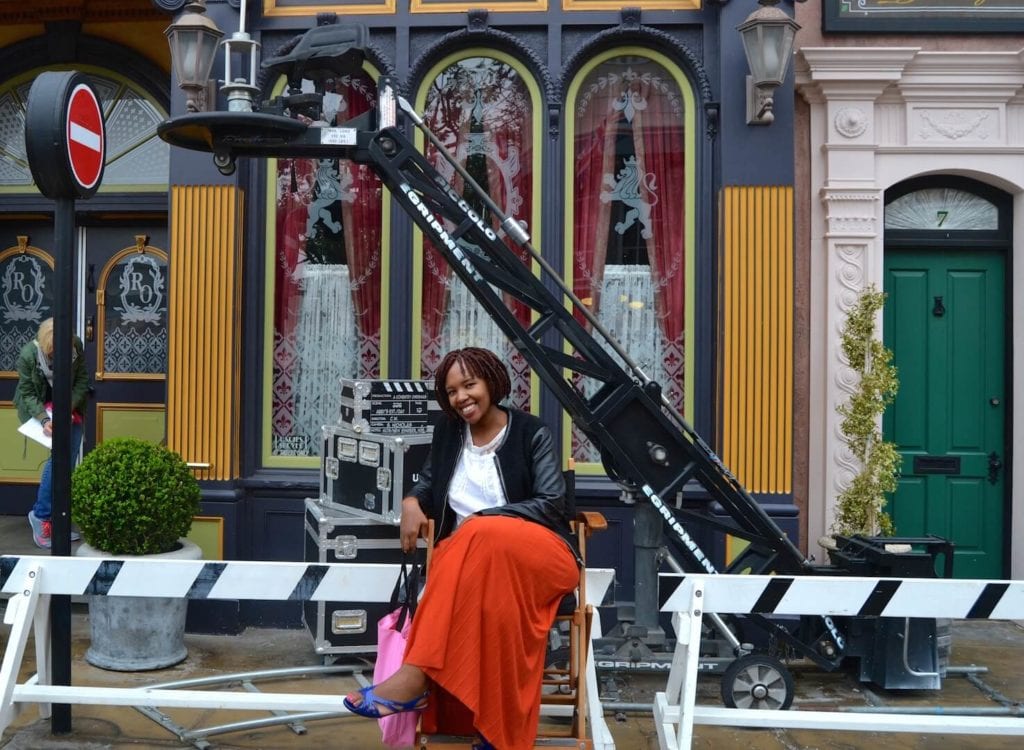 In a modern world of film, deeply ingrained and out-dated sexist misconceptions are still stamped on film scripts and video cameras. It wouldn’t be a truthful to say the women working behind the scenes of some great productions, worked with smiles on their faces from beginning to end. In South Africa, there are some really talented women directors who do not get enough recognition.

Sihle Hlophe is a rising 30-year-old film director who is challenging the ingrained sexism of the industry through storytelling. Sihle has openly spoken about sexism in film. She is a holder of the current ICA fellowship and the chairperson of Writer’s Guild of South Africa.

Journalist, Khethiwe Mndawe got to interview Sihle for SLA while she was in London for the Screenwriters’ Festival with the Writers’ Guild of South Africa.

Briefly describe how running your own business in the film and production industry has been for you as a young black woman.

I started my company, Passion Seeds Communications in order to promote minority languages and make a contribution towards the alleviation of youth unemployment. I also wanted to give a platform to marginalized female technicians such as cinematographers, editors and sound recordists.

Although the journey has been rocky, it has also been very fulfilling. The biggest challenge is the difficulty in accessing funding for films. However, the government has progressive incentives in place to help young entrepreneurs.

Another challenge is that the industry is still largely sexist, and at times racist. One has to be persistent; knocking on doors and getting rejected repeatedly is not for the faint-hearted. The best part about owning my own production company is creating jobs, training young people and of course, getting to choose the stories that I want to tell.

Which film production projects have you done that closely targets stories related to Mpumalanga or the neighbouring borders, eg, Swaziland?

Both of my short films are SiSwati films. You can see some of them on my Twitter page. I have not had the opportunity to shoot in Mpumalanga. This is due to lack of support from the province, even though both my films are ‘set’ in Mpumalanga.

I shoot in Gauteng because that is where I get support. I must mention though that I was deeply touched when the Department of Arts & Culture recognized my work by presenting me with a ‘Best SiSwati Film’ award at the Mpumalanga Provincial Arts & Sports Awards in 2015; I just wish that support would extend to actual productions.

Also, I did a short documentary a few years ago based in Swaziland. Its topic is related to the reed dance of virgin girls.

Which countries abroad have you visited and what were you representing there?

My film ‘As I Am’ has been screened at prestigious film festivals in the USA, Switzerland, Tanzania and here in South Africa. With support from the Department of Trade & Industry, my company Passion Seed Communications has been to film festivals and markets in France, the Netherlands, the USA, England, Germany and Canada.

I was also an exchange student in Helsinki, Finland during my final year as a film student at Wits University. Other countries I have visited include Brazil, Kenya, Lesotho, Poland, Estonia, Holland, Swaziland and Botswana. I would like to visit Asia next. 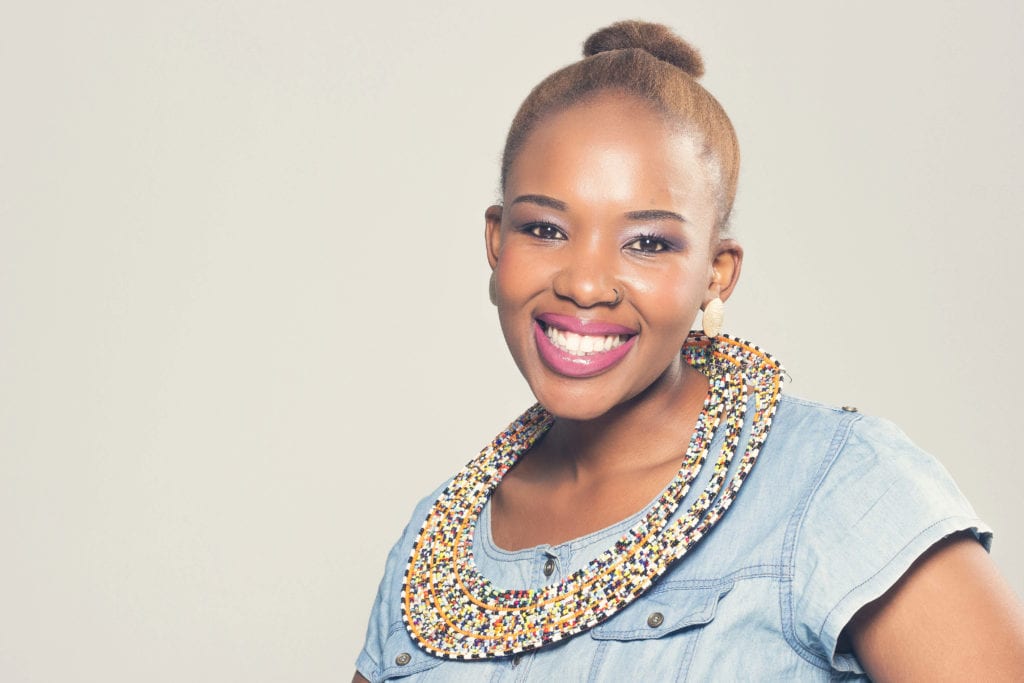 What unique experiences did you come across in these countries?

I have experienced many unique things in many different countries.

One of my greatest experiences as a filmmaker is when I am afforded the opportunity to share my story with people from different walks of life. To see that story resonate with those people is the most powerful thing a storyteller can experience.

What changes would you like to see in the industry when it comes to opportunities for African women directors?

There are some really talented women directors who do not get any work or recognition because of deeply ingrained and outdated sexist misconceptions. It’s truly sad. Some directors are also subjected to sexism and sexual harassment. I would like to see this change! Enough is enough.

I would also like to see the government of Mpumalanga investing in its talent and supporting filmmakers like other provinces do. I have more chances of getting support from the Durban Film Commission than I do in my own home province. For me, that is a tragic situation.

What have been you greatest achievements so far?

Finishing my Masters degree under very trying circumstances and writing and directing two SiSwati films. I am an advocate of minority languages.

In fact, the title of my Masters paper was, “The Underrepresentation of Minority Languages on SABC 1: The case of SiSwati“. I have been passionate about promoting my mother tongue for as long as I can remember.

You were recently granted the ICA fellowship, congratulations! What is it about?

I was one of the fellows chosen by The Institute for Creative Arts (ICA) for 2016. The opportunity is awarded to creative thinkers and doers in diverse disciplines. ICA fellowships encourages collaborative dialogue around issues of urbanism, community, historical legacy and the postcolonial imaginary.

Fellows are encouraged to test boundaries, engage with new publics, and to explore the critical potentialities of live art. The ICA is particularly excited about the diverse contributions and imaginative ways of thinking presented by this year’s fellows –from performative writing, dance and music, to art, curatorship and interdisciplinary research. Conversations, exhibitions and public interventions presented by fellows will be announced in due course. 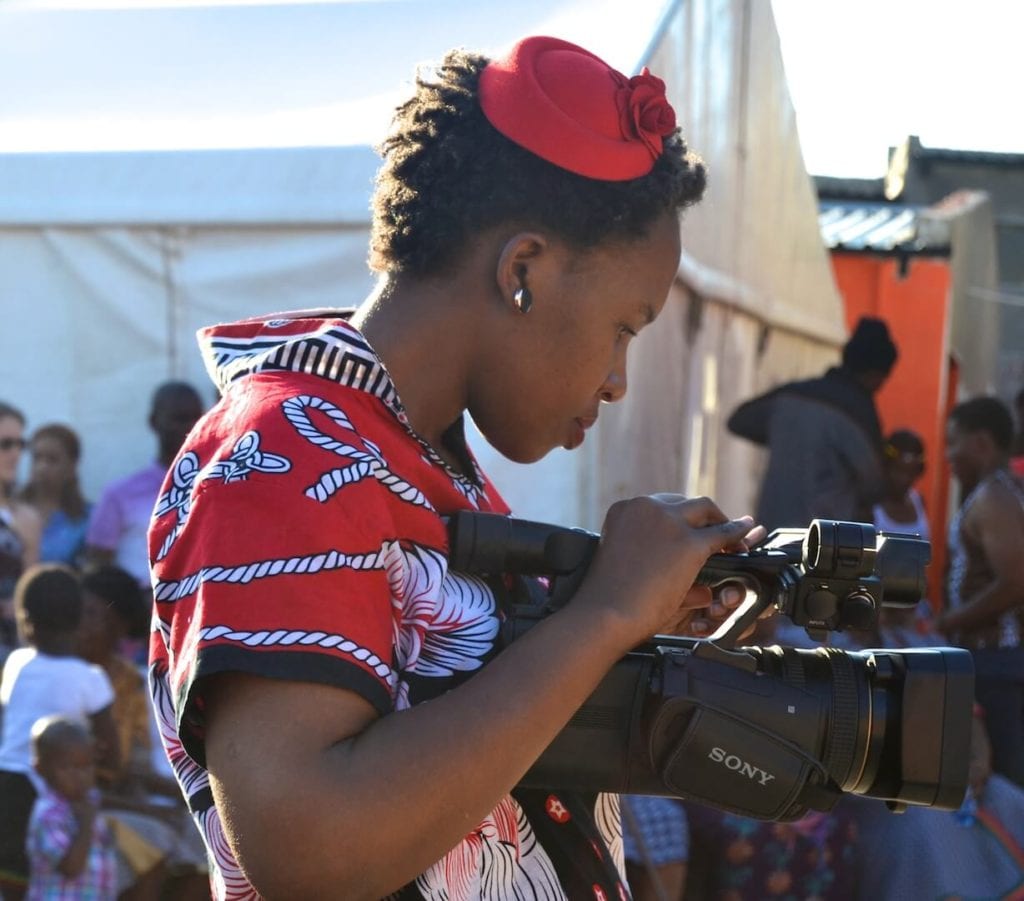 Tell us briefly about “Nomfundo”?

“Nomfundo” is a short film about a conflicted, young woman whose life is irrevocably changed when she has a transcendental encounter with someone from her past.

The film is currently in post-production. It is my second SiSwati film and it stars Lucky Khoza. Lucky is one of the few SiSwati actors who has gained recognition for his hard work over the years.

What current project are you working on or promoting?

I have just started filming my feature-length documentary, “Lobola, A Bride’s True Price”. The documentary interrogates the idea of lobola (the bride price) from both a feminist and Pan African point of view.

I am also a national fellow at the University of Cape Town’s Institute of Creative Arts and the Chairperson of the Writers’ Guild of South Africa.

Your latest film sounds like very enthralling and personal topic. Can you tell us more?

In “Lobola, A Bride’s True Price”, I will be turning the camera on myself, and sharing my journey to becoming a married woman. I am a proclaimed feminist and someone who is both ‘Westernised’ yet deeply rooted in African identity. Through this unique perspective, I will be unpacking the notion of bride price in a way that can only be done by someone with extremely close proximity to the subject matter.

I describe it as, “vacillating between the scientifically sound written history of the West and the oral history of my elders”. The documentary will navigate numerous ethical and cultural landmines, challenging feminist beliefs about marriage as well as my identity as a South African woman of Bantu descent”.