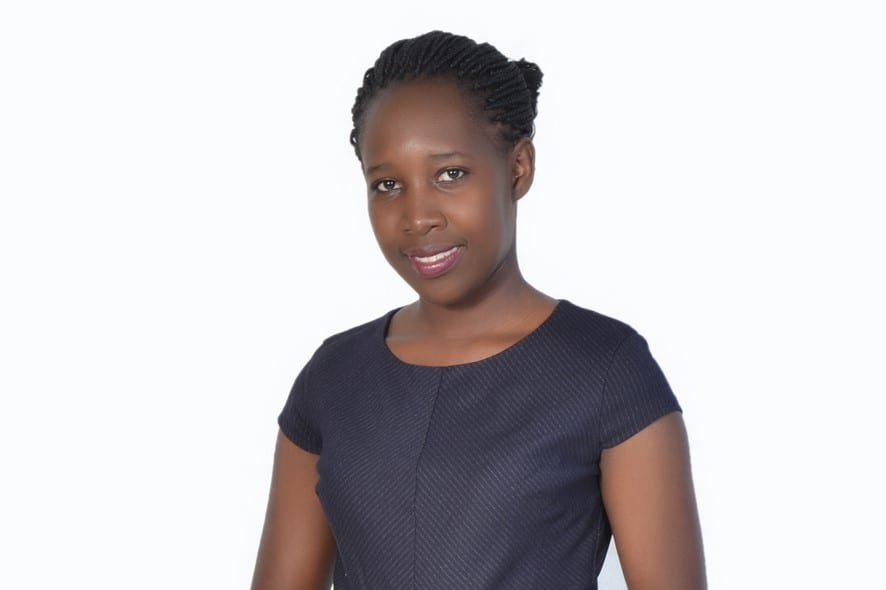 For 4 years, Frenny had a successful career at one of the world’s leading international broadcasters, the BBC. Join us for a Facebook Live session with her on July. 6th, as she shares with us how journalism has been a profitable career for her.

Journalism as a sector is evolving, and there are plenty of job opportunities in the field. However, Aspiring journalists have to build their experience and gather certain skill sets to thrive in the industry.

If you’re interested in starting (or growing) a career as a media Motherland Mogul, then you have a lot to learn from Frenny Jowi.

Frenny started her career in journalism as an intern at the BBC African Bureau in Nairobi and quickly scaled through her career as a journalist, amplifying African voices and stories.

Join Frenny on Thursday, July 6th, for a 30-minute Facebook Live session where she’ll be discussing journalism as a profitable career choice, and the skills aspiring journalists need to acquire.

Register for this Facebook Live below and ask Frenny all your pressing questions.

Facebook Live with Frenny Jowi, Journalist and Media consultant, sharing insights on the skills aspiring journalists need to acquire to thrive in the industry.. Join the She Leads Africa community by visiting SheLeadsAfrica.org/join .

Frenny Jowi is a journalist, digital media and PR consultant who is currently consulting at Media Focus on Africa, as a radio producer, media relations trainer and digital journalism trainer. She also works as a volunteer youth mentor and freelance journalist.

For 4 years Frenny had a successful career at one of the world’s leading international broadcasters, the BBC.

While working for BBC Africa both in Kenya and the United Kingdom, she led several productions including creating digital content for younger audiences and news coverage of historic President Obama visit to Africa.

In June 2016, she took one of the lead roles in setting up Kenya’s first 24-hour news channel, KTN News.  Her work helped direct the day to day running of the newsroom and training journalists on storytelling and social media skills.

She has a BA in media studies from the University of Nairobi. 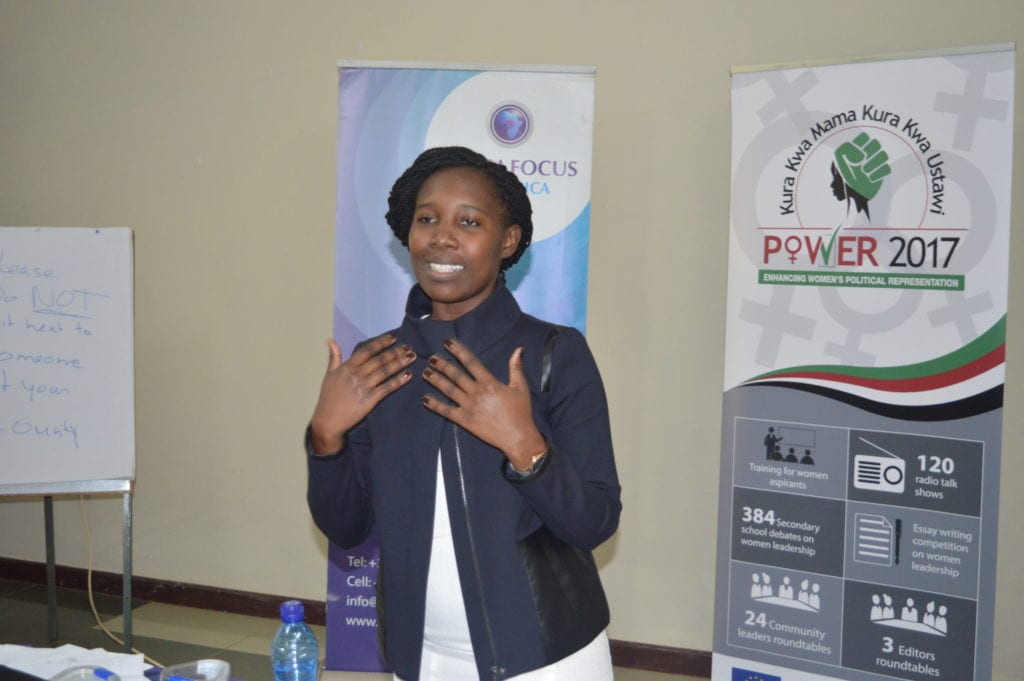 Frenny Jowi is a journalist, a digital media and PR consultant. She also creates media coverage strategies with a bias on social media campaigns. Currently Frenny is the lead consultant at Media Focus on Africa, as a media relations trainer, digital journalism trainer, and radio producer.

For 4 years Frenny had a successful career at one of the world’s leading international broadcasters, the BBC. While working for BBC Africa both in Kenya and the United Kingdom, she led several productions including creating digital content for younger audiences and news coverage of historic president Obama visit to Africa.

Showing off her inner #MotherlandMogul, Frenny is also the Founder Image Masters PR & Communications, where she works in partnership with the UK-based Peter Burdin Africa Foundation and world roving Ilona Eveleens Media.

To top that all off, Frenny also works as a volunteer youth mentor and freelance journalist.

Tell us, how did you get to the BBC from a local Kenyan media house?

I worked briefly at a little-known community radio station, Exodus Network, then moved into a giant newsroom, the Nation Media Group headquarters in Nairobi. It was my first real experience of working in a converged in newsroom. I enjoyed the complexity of things. KTN came to recruit from my school when I was in my third year. My adventurous self then jumped into TV journalism. All this while, the editors made me file international stories as a trainee reporter.

The tone of the wire copies about Africa made me uncomfortable. I wondered, where was Africa’s genuine voice on the global debate and take on issues? I wanted the news through African eyes for the world. As a young African I was best placed to tell the story. The international broadcaster I had grown up listening to, was the first to spot my talent, so I joined as an intern after doing some voice test, translation and script writing interviews.

I started off as an intern at the East Africa Bureau in Nairobi and quickly gained skills as a bilingual reporter and producer for BBC Swahili and many other BBC World Service Programmes/ My favourite was and still is the Fifth Floor Programme.

I told the African story as I had dreamt. I was nominated for the 2014 Kenya Annual Journalism Excellence in Journalism Awards.

What prompted you to move back to Kenya?

Moving to London to work for the BBC was one the most exciting moments in my career at the BBC. I loved London’s palace gardens! Kensington was my best, the Gothic architecture and the Thames during summer.

After one year of doing so much including producing President Obama’s visit to Africa, my work visa practically sent me packing! That was not a bad thing, I was to wait for one year cool off period to renew my work visa, but then came flooding ideas of what I could do at home instead of a rigorous visa application process.

At the time when I lived in London, there was a growing anti-migrant sentiment. My work visa had labeled me such, migrant staff. London treated me well, but I don’t want to shy away from saying the migrant stories made me very uncomfortable.

I was working from the centre of the world when waves of Brexit became more pronounced. I was right at the centre of one of the world’s most influential broadcasters when news of drowning African migrants would dominate the news for weeks. Meeting my former schoolmates who had settled in London permanently, we often talked much about we could do for the continent, it wasn’t just talk for me. I am back home to do something for the continent. 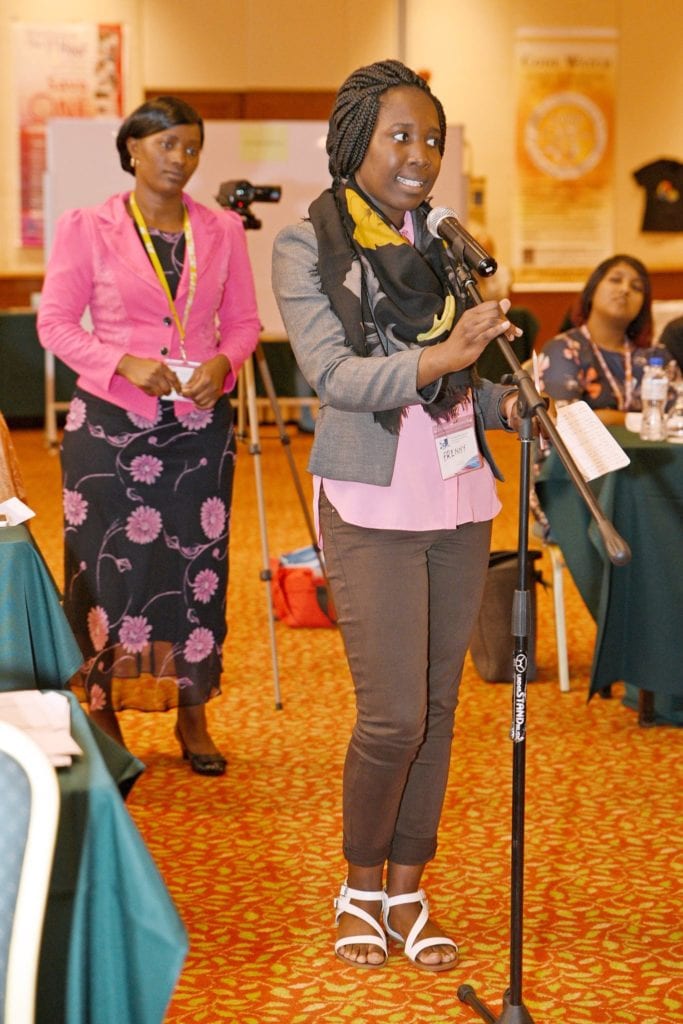 Why do you call yourself a media entrepreneur?

When I started working in the newsroom, I realized the industry was evolving fast and profits were put first. I felt that this compromised storytelling as public interest was given second priority or none at all.

I also saw the potential in digital migration and social media that opened up space for multiple media houses. This was supported with more democratic space in Kenya, that allowed countless radio and TV stations to operate freely.

So, I sought to reap profits from the growing media space. At the same time, I wanted to rigorously vouch for a public-interest journalism model. Despite lacking experience in running a business, I registered my company and started off pitching for work as a communications consultant and content producer. I was confident the myriad new radio and TV stations needed quality content. It was just the right time to turn my journalism skills into a strong business idea.

My company, Image Masters, had been a dormant Facebook page for four years. I breathed life into it, created a company profile and hit the ground running producing for the BBC’s Arts Daily Programme. I then moved on to consult for KTN, a leading TV station in Kenya that was then setting up Kenya’s first 24-hour news channel.

Since then, I have worked with many other clients create alternative educative content for younger audiences. My biggest project now radio plays and shows themed on women leadership. I have a bias for social media which many organizations are now embracing as mainstream.

One year on, I am now proudly self-employed and working with great partners to deliver for clients. I am leveraging on partnerships to compensate for the need of staff. The future can only be bright.

What is the first thing any young woman who wants to start out as a media entrepreneur do?

Let confidence and courage lead you. Never muffle your dreams thinking that you are not ready yet. Carefully reconsider your talents, skills, and networks. Figure out how much of your abilities are lying underutilized. Get to work.

I know you may suddenly think, ‘oh I don’t have the experience’ Think again, you can lay paving for a new path and prove the untested ground. Don’t be lured into the comfort of the already obvious that’s assumed to guarantee financial stability and predictability. 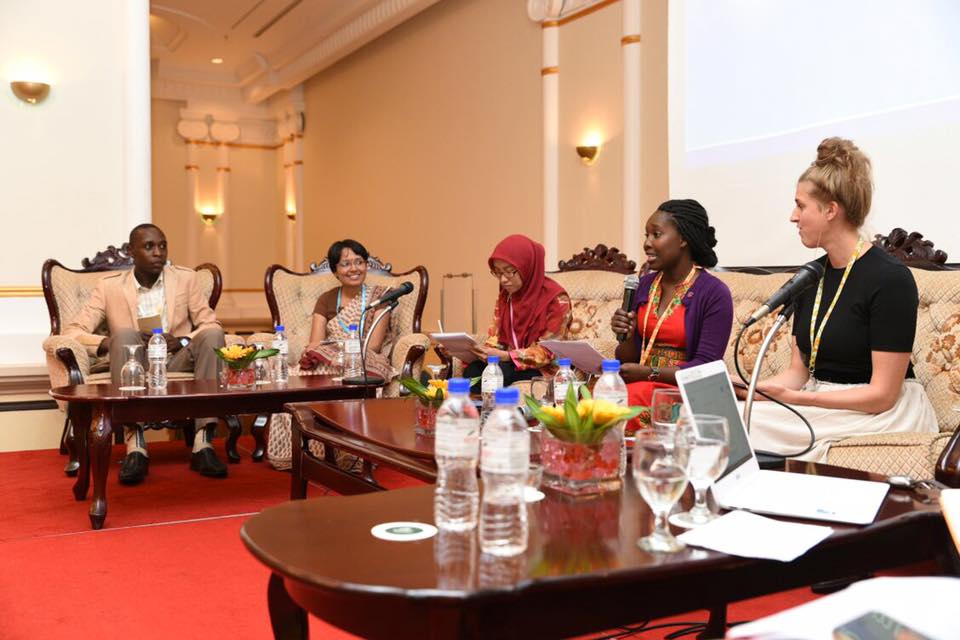 Why do you choose to remain a journalist even as an entrepreneur?

I believe in the power of good storytelling. Stories make or break our world.

I still feel that the African story is yet to be told in it’s totally and I am still searching to see the African face, accent, and style in the global story. Most international broadcasters still have a very western tone to the African story, and now China is here for a hundred years I am told! We can’t leave this African story to others to tell.

What steps are you taking to remodel the paradigm of journalism in Africa?

Wow! This is the tough question now… I have been in talks with partners and organisations that work with journalists. It’s not easy to say this is what we should or should not do. But it’s clear that what we need is a bold type of journalism that brings to life the true story of Africa that is rich, yes rich.

Look at all the young and old brilliant people living in and outside the continent. Africa’s boom of oil and gas discoveries, bursting with solar energy, the resilience of nations despite political upheavals and a draining colonial past.

In my experience, I find journalists and their stories trapped in between commercial interests of media owners and political muscles of the repressive governments. True media freedoms remain slippery.  We cannot remain silent about it. We need to protect the space for quality public interest journalism. Everyone is responsible, the audiences, the journalists, and the government.

Why have we let our public tax-payer-funded national broadcasters to fall into the hands of politicians and freedom-smothering governments?

What cheers you up?

Seeing the impact of my work on people’s lives.  Also when I travel for work, that’s to find a story, I feel so cheered up!

What are you most proud of when it comes to your work?

Many times, I have worked beyond bare minimum working hours to get a story aired or published. I do it from the bottom of my heart believing it will make a difference no matter how small.

Last year I volunteered to write one story about the struggles of breastfeeding working African mothers, my story formed part of a global debate on breastfeeding and maternity rights for mothers.  Stories are all I can give the world.