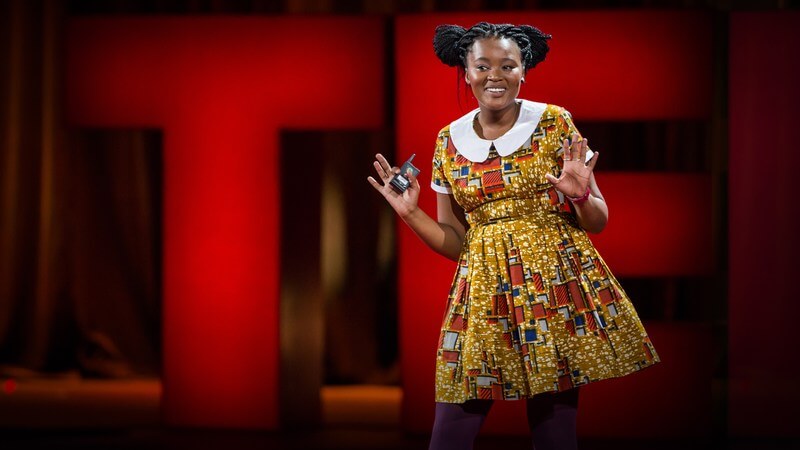 In January, we shared 10 TED talks that will inspire you this year. As we’re already midway through the year, we figure inspiration levels may need a reboost. So, here are even more TED talks by African women running things that will remind you how awesome we all are at winning.

Siyanda Mohutsiwa is a 22 year old blogger and writer from Botswana using the Internet to pursue her pan-African dreams. She is the person behind the #IfAfricaWasABar hashtag that went viral gaining over 60,000 tweets in July last year. Siyanda’s TED talk is a funny look into how young Africans are using the Internet, particularly through Twitter to get to know each other better.

Achenyo Idachaba’s idea turned a plant associated with death and destruction to a source of lifelihood. In 2009, Achenyo left the United States to relocate to Nigeria where she put to life her concern for sustainable development in the country. She took the water hyacinth, a plant that clogs many Nigerian waterways and found a way to dry and weave its stems, transforming the plant into ropes that make pens, purses, tableware and much more.

As a young Maasai woman, Kakenya Ntaiya already did things that no one else in her community had. She bucked gender expectations, negotiating with her father to stay in school, getting the male elders to support her to go to university in the United States and returning to set a girls’ school in her community. Kakenya’s story reminds us that when there’s a will, there will always be a way.

Juliana Rotich is the co-founder of Ushahidi and iHub. Ushahidi is a Kenyan open-source software used globally that collects and maps out information while the iHub is a collective tech space in Nairobi. In her TED talk, Juliana shares how she and her friends developed BRCK, a service that offers stronger Internet connectivity specifically designed for African needs such as power outages.

Kah Walla is a Cameroonian entrepreneur, activist and political leader. She is also the first woman to run for president in Cameroon. Kah has worked in developing solutions to encourage economic growth and democracy in her country. It doesn’t get more inspiring than listening to the words of a pioneer.

Panashe Chigumadzi is a writer and storyteller from Zimbabwe. Her debut novel, “Sweet Medicine” is highly acclaimed and she has produced a documentary, “Africa’s Upstarts”. Here, Panashe reminds us that stereotypes can shape the way even we view ourselves. While this makes them hard to shake off, technology can change that by more equally distributing power that Africans can use to their advantage.

A digital artist and founder of the African Digital Art Network, Jepchumba is a role model for working where your passions lie. At TEDxEuston, Jepchumba says her entire life is based online and reveals that Africa’s digital potential is hidden submerged under the surface just waiting to rise.

Lindiwe Mazibuko was the youngest parliamentary leader and the first black woman to be the Leader of the Opposition in South Africa. In her talk, Lindiwe gives her reasons why young Africans in the Diaspora should return to work in civil service in their respective countries. Lindiwe reminds young people not to run away from politics and find ways to give back to our countries for the better.