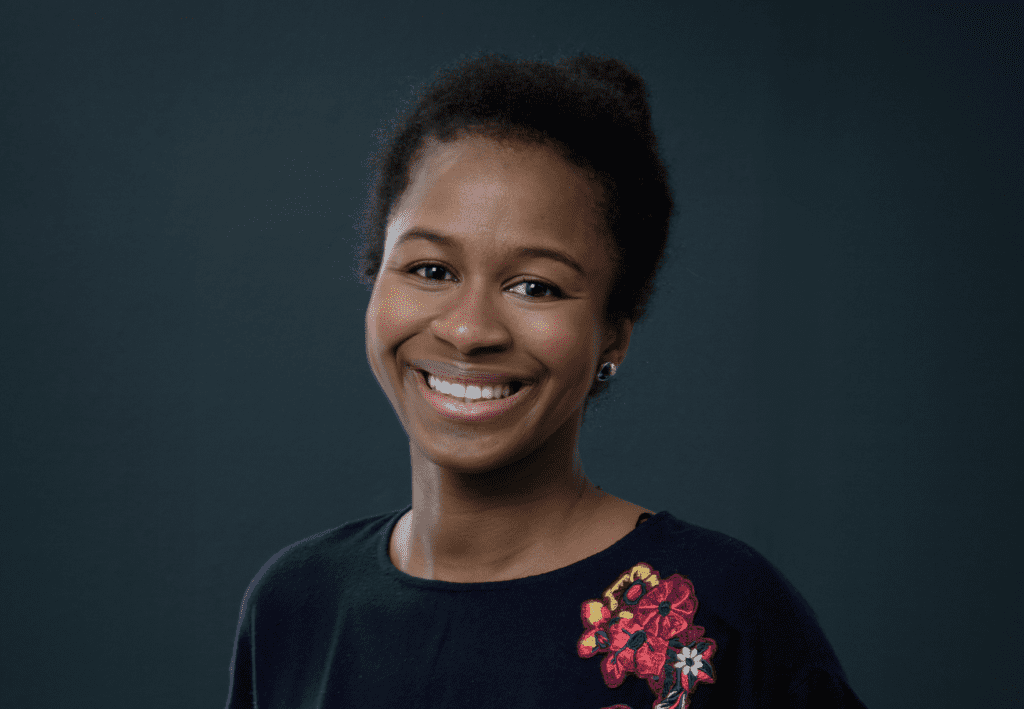 Your first husband is your job. It is important to be independent - Assia Sidibe Click To Tweet

At only 32 years old, Assia Sidibe heads the pool of Francophone countries for the African Risk Capacity (ARC) – a specialized institution of the African Union that insures African countries against the risks of extreme weather events. Assia is from the beautiful land of Mali; she grew up in Côte d’Ivoire but had to leave this second home 16 years later, after a coup in the country, for France, where she lived for a decade.

In this interview that took place on a plane, 3 hours away from a Madagascar business trip, SLA contributor Meguy Massoudi attempts to capture just what a trailblazer Assia is. Assia did a great job at answering with candor and a lot of humor.

What did you want to be when you grew up? Why?

I have no idea. I was not one of those people that knew what they wanted to do. All I knew is that I wanted to work in development and help people.

Growing up in Côte d’Ivoire, I could sense the inequalities in society. I wanted to help people that were less fortunate than I was, just not in a charity sort of way. That idea only became concrete when I was around 18 or 19.

How did you decide that finance was the route you would take for your studies and later your career?

When I was supposed to decide what to study, I had no idea what to do. My parents pushed this idea that finance was the best place to start on me. They believed that it opened a career in everything. So I studied finance in high school.

After my Baccalaureate, I did a PREPA (preparatory school) in Superior Classical Letters. I was curious about learning about history, languages, and philosophy. After that, I knew what I wanted to do.

So I did a Master’s degree at Science PO Paris in Finance and Strategy. And from then, it opened up a career in development very easily.

When I arrived in South Africa, I gave contemporary dance lessons to teenagers in the Joburg CBD. I wanted to give back to the community.

I wish I could volunteer more. If I had more time I would.

Have you ever faced problems in the workplace because you are a woman, how have you dealt with them?

No. I have faced problems in the workplace more because I am young. Working with African governments however, it has not been as difficult. Being a woman can be challenging, but if the work relationships are based on mutual respect, that is good.

Assia Sidibe: I have faced problems in the workplace more because I am young Click To Tweet

I have been pleasantly surprised by the open-mindedness of senior government officials who are willing to work with women of every age, especially in West Africa. Africans are not as closed minded as we are often made up to believe.

You have a career that allows you to surpass yourself every day, and meet the game shakers in climate change and in governments.

How do you find the confidence to talk to so many high profile people and get them to align with your vision and participate in your work?

I am not at all impressed by high-rank people. At the end of the day, we are all working for the continent. I don’t scare easily or get impressed easily. That doesn’t mean I don’t respect them. I also think it is important to share our different views with one another, Minister or not. You would be surprised how friendly and open-minded people on the continent are.

Was there a time you messed up and felt like you failed? What did you do to recover?

I wouldn’t say messed up. But last year, one of my countries didn’t get on board with ARC. I didn’t feel like I failed because I was on maternity leave. But I felt guilty. It’s a woman thing.

When I had to travel after giving birth and leave a little baby, I also felt guilty. I always leave thinking to myself, did I make the right choice? But I wouldn’t be happy staying at home. I tell myself, I am building a better Africa for myself and my daughters. And If I can make that impact, then that’s good.

What keeps you going in the most stressful times?

The belief in the potential of our continent keeps me going. I believe in what I do. I admit to being a bit of an idealist. But the bottom line is believing in what I do. I meet exceptional civil servants who work in hard situations but they never give up. In hard times, these people inspire me and keep me going.

What are your success habits?

My success habit would be never giving up. But I wonder if I even really have success habits. I am just a person who never gives up. It’s in my personality.

Nothing is impossible. So my success habit would be to explore a hundred ways to solve a problem before giving up, in every single thing I do.

What advice do you have for women wanting to make advancements or drastic changes in their careers?

I will start by addressing the point about drastic career changes. Speaking from experience, I resigned from my job in France. You have to find the courage to do it. When you want to do something, do it. For you and for your own happiness. I was young, I didn’t have kids, I was not married. So it was easier for me to do make the change.

When it comes to making career advancement, we need to remember we are equal to men. When I got pregnant and I had to tell my boss, I felt guilty. But we shouldn’t. We should be as demanding, if not more, than men. We juggle families and work, we take care of the household and get the job done.

When it comes to career advancement, remember we are equal to men - Assia Sidibe Click To Tweet

So don’t forget what it is that you can do. You have a power, use it. Never give up.

What advice would you give your 16-year-old self?

When I was 16, I was really lucky. I had friends that had it tougher; they were not close to their parents. I was very lucky to have that. My parents guided me and supported me immensely.

But I would have loved to have someone to advise me to spend more time in poor communities. To see how the other half lives. I was living in a really privileged community without ever getting out of that “bubble”. But it was important to see firsthand the differences in levels of living, especially if you want to pursue a career in development.

If you were to write a letter full of advice for your daughters, what would the main points be?

My letter to my daughters would say, be your own person. Stand by your ideas. Be bold and believe in yourself, you can do anything.

Your first husband is your job. It is important to be independent.

Assia Sidibe: Don’t forget what you can do. You have power, use it. Never give up Click To Tweet

Have you ever thought of going into entrepreneurship? If yes, what ventures do you have in mind? If not, how do you see the next 5 years of your career?

I am really public sector oriented. For me, the next step is trying to make a bigger impact on the continent, maybe going into government. I don’t know if it’s the best way to make an impact.

But in the next 5 years, I would still like to be working in development. I still have a lot to learn.