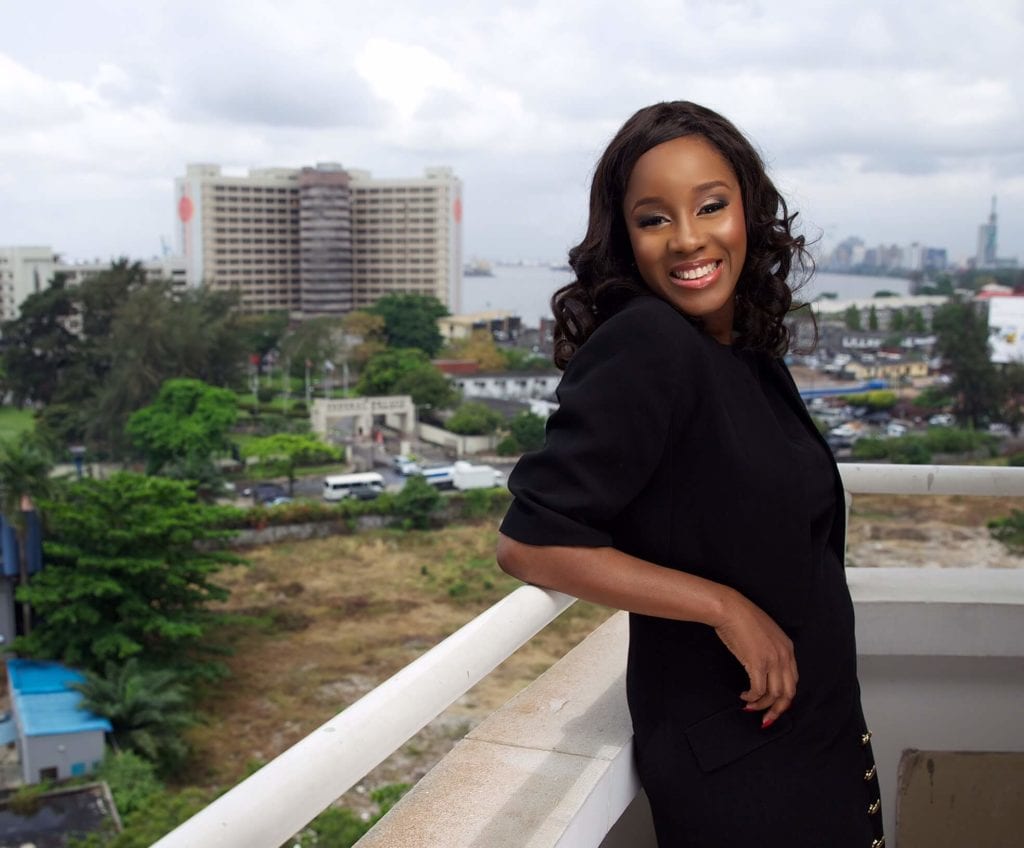 Didi Akinyelure is a producer and business news anchor who hosts the CNBC Africa morning show called “Open Exchange, West Africa”. She is also the 2016 winner of the prestigious BBC World News “Komla Dumor Awards”. Didi calls herself an accidental journalist since she never had any formal education in journalism.

With a financial background, a passion for real estate and telling African stories, Didi wanted to be a media entrepreneur who makes and sells contents to news networks. Instead, she found herself on live television after being discovered by the Country Manager of CNBC Africa. Didi believes that success has no specific format and with passion, preparation, hard work and research, one can achieve anything.

Tell us a brief history of your career before CNBC?

Before CNBC, I worked with a financial advisory company in the UK to make some money since investment firms pay very well but my passion was real estate. I did not know where I developed the passion but I knew it was there so I started attending real estate investment seminars to learn more about it. After working for a while with the financial advisory company, I decided to branch out from financial planning to real estate. I then got a job at Barclays Wealth Management where I purchased two properties.

After indulging in my passion for real estate, I became an investor and moved back to Nigeria to work with asset management division of investment bank, Oceanic  Capital for slightly over two years. I then resigned from my position due to the financial crisis which made things difficult for the company. The capital side of the company got mixed with banking and most of us did not want that since this resulted in being paid less. My job became less interesting and exciting so I saw it as an opportunity to chase what I was passionate about. Thus, changing the perception of Africa by telling the African story through real estate and real estate investment.

Why and how did you switch to journalism? What led you to work for CNBC?

Journalism was never part of the plan. The plan was to pursue real estate investment in Nigeria. However, I found out that one needs lots of capital to be able to pursue this career. While in the UK, it is very easy for someone out of the university to get on the property market where you can buy property without much cash.

In order to not let my passion die, I decided to make a documentary about real estate in Africa and sell it to any news network that will show an interest. I convinced my mother to accompany me to Cape Town where I filmed a documentary about real estate. I had never stood in front of a camera before and after 30 minutes, the production crew commented on a work well done.

I tried marketing the pilot with the news network where I found out that the networks did not buy documentaries directly rather, I needed companies to sponsor my work. This proved very difficult since I had almost zero experience and it is not easy getting someone to sponsor your work.

I then decided to go to CNBC Africa because I had seen their shows on the screen while I was working at Oceanic Capital. I had a meeting with Country manager who accepted my CD. He commended me a work well done and asked I asked me to join their team since I was a natural. I declined. The idea was to be a media entrepreneur who creates contents and sells it to interested buyers and not to work for anyone.

So I went back to hustling and later decided to consider the CNBC offer. I had become a liability to my entire family who were wondering what I intended doing with my life. In just a couple of years, I had switched from banking to real estate to making documentaries. As much as they loved me, they did not understand the path I had chosen since there had not been any results.

I thought I was going to be filming documentaries but rather, the job description was for live television. I decided to give it a shot as I had the financial background CNBC was looking for.

Who was the biggest inspiration for your choice of career?

This is a tough one since journalism was never my dream. It was somewhat thrust upon me so I refer to myself as the “accidental journalist”.  I have always been inspired by Isha Sesay from CNN but I never for once thought about being a journalist or a news anchor. I didn’t even know that journalism was going to be a part of my life. So what I did was to learn from all anchors I met at CNBC and those I saw on television.

What has been your personal key to success as an anchor on the CNBC?

My personal key to success was learning to accept criticism and letting my passion shine through. The first 3 months at CNBC were very tough because journalism is very different from banking and asset management where you perform similar tasks each day. In journalism, each day comes with a different story so I had to keep up with news and conduct lots of research.

I came to understand that on live TV, people are not that forgiving compared to other jobs where you are given a grace period of two or three months to be conversant with the work. Whenever I went off air, I was being told about the wrong things I did on set. This is when I had to be strong inside and accept the criticism and turn them into strengths.

Also, what I’ve learnt from this career is that I was bored in my other life. I was doing the job for the paycheck while with this one, I am doing it because I love and enjoy it. The money from my previous career was better than the journalism but I wake up happy each day and this is something I am thankful for.

What are some of your personal and/or professional goals for the future?

Personally, I hope to be a role model to young girls and a source of inspiration for people who want to follow this journalism path. I want to let them know that you can achieve whatever you want to. You can actually switch careers midway and still make it. Your success doesn’t have to follow a specific formula.

What you need is hard work, passion, research and preparation. With these, you can get anywhere you want to. I say preparation because this whole process taught me that if you prepare for anything you will do well at it. Not all opportunities are for everyone. You have to know what you want and know how to identify opportunities that will promote your goals. When you know this, then there comes the preparation for the role you seek.

Professionally, I have been in journalism for four years and I believe I can only be better. I am still developing myself. I want to be better at telling stories and making documentaries. I want to tell African stories and reach a global audience and maybe I have an opportunity to do that now with the komla Dumor Awards.

From the very beginning, I was looking at the entrepreneurial part of journalism and that is something I never forgot. I have found a sponsor for my own show “A Place in Africa” which would be airing on CNBC this August. It is funny how everything works out with time. Two blessings in a month. It took years but I was able to achieve this. Though this is a side gig, it’s airing on CNBC so it is still work.

One thought on “Didi Akinyelure: Success has no format”