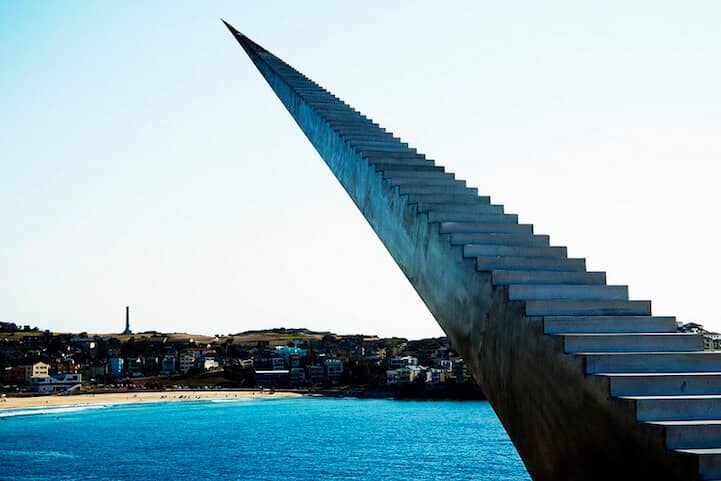 It was apparently Dr Martin Luther King who said you don’t have to see the whole staircase, just take the first step. And as I sat with a group of 70 odd women global leaders at a meeting convened by Vital Voices in Johannesburg, I completely understood Dr King’s words more so than ever before.

Of course Dr King was probably remarking on the civil rights movement which he led in the United States. He was probably saying that even though a dream may seem far off, our responsibility is to take the first step towards it. As I conferenced with these 70 remarkable global female leaders, it became blatantly obvious that each one had travelled a road. Each woman had travelled a road less travelled, and each had created a path rather than followed a path. For each of them had dreamed a unique idiosyncratic dream. A dream that rendered them weird and obtuse, but a dream that they could not help but pursue even though they may not have been able to see the whole staircase from the outset.

All of these women are doing remarkable things in their communities. They are making positive change in their societies, and some are doing so with tremendous danger to their lives as they tackle social and cultural taboos. In fact what they are doing in their communities is so peculiar and pioneering that their voices are vital in their communities and societies. Much in the same way that the Suffragettes were a vital voice the in late 19th century and Billie Jean King remains a vital voice in women’s sports and tennis in particular. All of these women stayed true to their own authentic voice and calling, even though they may not have been able to see the whole staircase. Even though they may not know the end of where they are going and how they will reach the destination. They carried on knowing that a desired destination had to be reached. Further, they have refused to stop until that desired destination had been reached.

So it is in business. Sometimes as a business woman and CEO, you may not know how or if that dream is possible. You may not know how and even if you will achieve that dream. Yet you soldier on because you must, because it is only in throwing in the first pebble that the ripple effect begins. Therein lies the ingredient for leadership and legacy. When you dream an original dream or are gingered in calling to a new path, you begin a transformative journey for society and for yourself.

The need to execute goals

As the year draws on and we reach mid-year, many may be wandering how and if they will get to the top that business staircase. The one that they began climbing with clear goals at the beginning of 2016. But goal setting and goal execution is a journey and a process. It is not just an exercise completed in a workshop and which, as if by magic, comes to life without any disturbances. Setting the goal is one thing, it is in fact a very commendable achievement. Many do not even bother to do so, preferring to go with their ‘gut feeling’. However, executing the goal is another. The former speaks to the genesis of a thing. It speaks to an aspiration, an idea, a noble ambition. The latter, goal execution, to me speaks more to the hunger for achieving that aspiration.

It is the ambition for an aspiration that keeps you working at 3am to deliver on a report even though the fees for the service may not be as appealing as you would like. Yet you understand that growth is a process, that this piece of work could potentially lead to the next bigger, project. It is this hunger and ambition that keeps you investing in your business and your brand through deliberate and meticulous attention to detail. In doing the work that you do and doing it to the best of your ability even though you may not see the fullness of the result that you would like yet. It is this hunger and ambition that causes some (and many later) to begin to notice and positively respond to your business service and product. Eventually leading them to becoming the net promoters of your business even as you pay less attention to the acclaim and focus of service and operational excellence. It is this hunger and ambition that keeps you climbing the staircase even though you cannot yet see the top of the staircase.

Many of us may not yet see the whole staircase, we may not yet see the expected end that we desire, but we must be kind to ourselves. Rome was not built in a day and so long as we take the first step, the second, third, fourth and fifth step to the attainment of our business dreams and ambitions, we are making the necessary inroads.

Have big dreams. You will grow into them