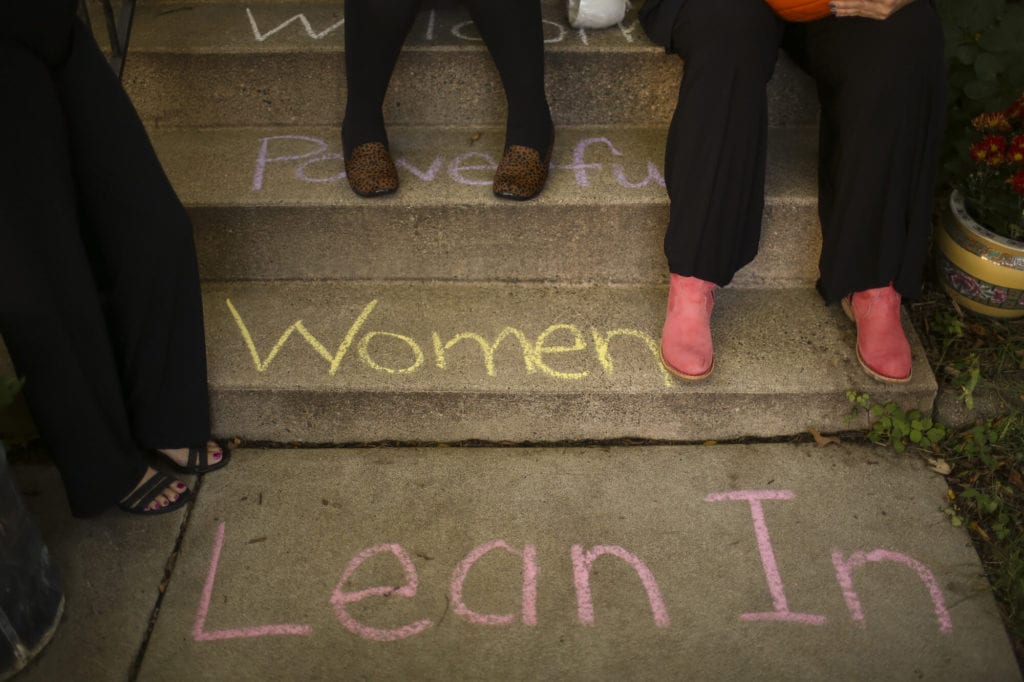 I was fourteen, maybe fifteen and straight out of primary school, it was my first day in high school. My incoming class teacher asked me if I was willing to be the class prefect. I flat out said no. I just was not willing to take up a leadership position to a group of people whom I had never met before.

This was despite the fact that I knew I was more than capable of doing the job and doing it well. Fast forward three years later I ended up taking a leadership position not only in my class, but in the entire school. Looking back though, I see the same trend repeating itself in my life over and over and that is what Sheryl Sandberg’s book Lean In: Women, Work and the Will to Lead is about.

We do it to ourselves

Initially, I thought the book was going to be about your basic feminist tirade. I was pleasantly surprised though, when from the get-go she focused more on how the self-perception that women have is actually what keeps them from moving ahead. ‘Sit at the table’ made it to my top three favourite chapters of the book.

Sandberg discusses how women face a “battle from within” that prevents them from taking advantage of what rightly belongs to them. In the chapter, Sandberg gives a story about a certain meeting she hosted for government representatives —both men and women.

After picking their cups of coffee, the men sat around the conference table but the women opted to sit off to the side of the room, even after much prodding from her. It was an innate decision they made to keep themselves away from issues under discussion even though they had every right to be there.

It’s possible to have it all

In the 8th chapter, Sandberg brings up a common argument as far as women empowerment is concerned when she talks about making you partner, a real partner. She talks about the traditional gender roles in homes and how to overcome the limitations that these roles throw at women as far as career planning is concerned.

The discussion revolves around empowerment taking place at home as much as it is being demanded in the work place. By having men take on more responsibility around the home, traditional gender roles are discouraged. Rather, this encourages an equal playing field in the workplace and at home.

An idea that if put into practice in our homes, will enable us to excel both in our careers and in our families. In Africa, especially due to our cultural inclinations this here is easier said than done. Yet, if we are going to let Africa see what we are capable of we must get the entire community involved in this mind shift.

Generally, Sandberg’s book gives quite a good insight on the limitations placed on women both internally and externally. This was my key take-away. What I hear mostly around the office corridors is the existence of a certain secret ‘’boys club’’ that seeks to promote only the men in the career journey.

Sandberg seems to have begun a kind of movement from the book, a not–so-secret girls’ club that should hopefully get all of us out of the pity party we might have in and work hard to get what we are looking to get.

Lean In is definitely worth the read. It is witty, it’s well researched and very open, giving you a glimpse into the lives of top women leaders in the Silicon Valley. You see their weakness and failures and how they rise up in the leadership space.

If you haven’t already read it, I suggest getting a copy. Not just for yourself but for your partner as well because as Sandberg discusses in the final chapter of the book. The goals of women empowerment are only attainable when both men and women pursue them together, at home and in the office and it begins by thinking that it is possible and worth the pursuit.

And until men are fully respected for contributing inside the home, they don’t have real choice either. Equal opportunity is not equal unless everyone receives the encouragement that makes seizing those opportunities possible. Only then can both men and women achieve their full potential