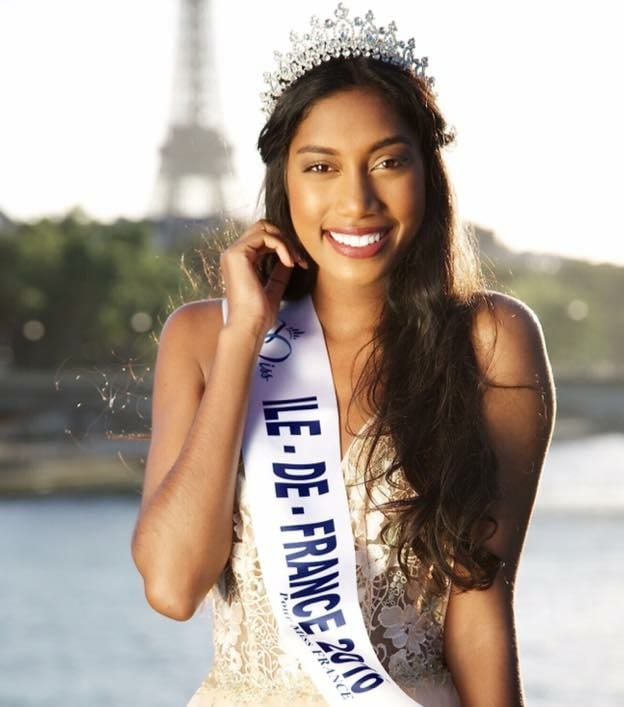 “Miss Ile de France (region of Paris) was never my dream but it became one as I realized what it could mean for women of colour to represent beauty in a supposedly “white” region.” These were the words of Meggy Pyaneeandee when she spoke of her election as a representative for the region of Paris in Miss France 2017.

Meggy, who grew up in the hood of Paris (in the suburb of Paris) has always had one dream and that is to get into a prestigious university, excel and help educate other children in the hood as she believes education is the only way out for people who are not part of the elite. Born to Mauritian immigrants who moved to Paris when they were just 20, Meggy witnessed firsthand the hardships of living in the hood and as her parents never got the opportunity for higher education, their dream was to get Meggy the best education they could.

Meggy through ambition and positive action got into Sciences Po – one of the most prestigious universities in France which used to be restricted to the elite. This was the first step to reaching her goals as she got the opportunity to live and work in New York for a year which was on her dream board.
With Meggy set on getting the best grades in the field of Marketing, she never thought of contesting for a beauty pageant.

That was until she chanced upon French journalist, Francois Durpaire who made her understand that her personality would make a great difference as no one has a story like hers. Then Meggy realized that representing beauty for the region of Paris as a woman of colour would not only empower women like her but it would also encourage the children in the hood to dream bigger.

I walked for a fashion show in March 2016 for a friend who needed models at the last minute. I didn’t know how to walk or anything but I did it to help her and that’s where I met a French journalist called Francois Durpaire. We had the opportunity to talk at the after party and when I told him I was in Sciences Po, he told me he was going to come for a conference in a week.

I attended the conference and we talked again, that’s when he told me about being a member of the “Miss Ile de France” committee. I found it funny that a serious person like him would be a part of something superficial like a beauty pageant. When I shared this with him, he told me to just give it a try. I then spoke to my parents about this opportunity and my mom basically told me she wouldn’t speak to me if I don’t go for the casting. And so, it began.

The reason I agreed to join was because I knew from the beginning that my participation was going to be different as I was different. Most of the girls in the contest had dreamt of this day while I had never thought of it. I never even thought I had a chance to compete because I didn’t think I was “beautiful enough”. But when Francois told me that I had my chances and that my personality would also make a difference, I realized how big this could be.

There was something symbolic about representing beauty for the region of Paris because I am a woman of colour. Some would hardly call me black because I also look Indian but to me, my skin tone is dark, I am Mauritian and because of it I’m a mixed girl. I grew up with immigrants in the hood. I entered one of the most prestigious schools in France and I am still living in the hood. I knew there couldn’t be another girl like me in the contest with the same speech. From the beginning I knew my body would not be my chance to stand out. My speech would and I was right. 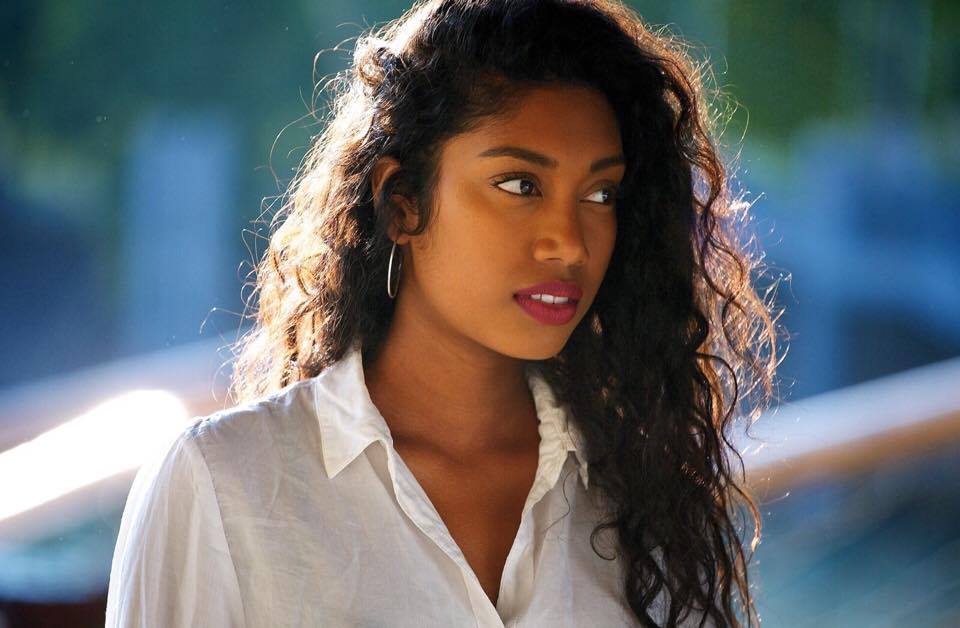 What did being elected as Miss Ile de France mean to you? What kind of responses did you receive after the election from the community and other contestants?

It was such an honor and a pride. I know I won thanks to my speech and it was empowering to people like me who come from the bottom and sometimes feel like it’s forbidden to dream. I just wanted to let everyone know that you can do whatever you want to do if you work and if you are well surrounded.

With regards to the responses, I received all sorts. To be honest I mostly saw, in the beginning, nice comments. People were very surprised that I would be elected. Unconsciously, no one expects a non-white girl to be elected. I remember when I posted my official photo on Twitter, I had a lot of retweets and most of them were black people.

But the show isn’t popular in my region so I wasn’t the girl everybody would hear about suddenly. The Mayor of my city got very excited and immediately asked to meet me and write about me on the journal. There were also the racist comments I would rather forget. I received very different responses from the contestants. We were 30 in number – some were indifferent, others adored me. I, however, got close to 3 girls during the entire month and we cheered each other.

What was the criteria for your election? What preparations/sacrifices did you make towards both Miss Ile de France and Miss France?

It was a beauty pageant contest so we needed to be at least 170cm tall, pretty, slim, mostly with a nice body and elegant. The show for the contest is made up of several dances, walks, and speech so they wanted cheerful and self-motivated women.

For my preparations towards Miss France, I had to gain 5kgs because I was always a little too skinny. I had to work out and eat way more to do so. I also learned how to catwalk; walk in heels and hold myself right. These were things I had planned to do at some point in my life so I was happy to finally do so.

I was lucky I didn’t have to sacrifice anything. It was my gap year and I was supposed to do internships. I told my school about my election and asked them to give me 5 months off and consider it as an internship. I was going to be away for a month during the Miss France contest so I knew no enterprise would seriously hire me for 3 months. I was lucky my school supported me.

What was your biggest challenge and achievement in the contests?

My biggest challenge was being on stage and looking confident in my body when I wasn’t. I’ve always been bullied about being too skinny so being in a “beauty pageant” was hard to believe. I also had to show my body with a smile in front of millions of people which was unnerving but I knew why I was doing it. I also knew that though I had been selected on physical aspects, I could tell people how I feel about beauty.

My biggest achievement was my speech. Also, that I remained myself the entire time. Even though people saw me differently, I was the same Meggy and I’m proud of that.

How has life been after the pageant personally and professionally? Will you say you have achieved your goal with this pageant?

Professionally nothing happened to me related to Miss France. I had to find an internship on LinkedIn. I worked for an audiovisual production company. But I met interesting people who are now a part of my network and can help me someday. Francois Durpaire is first on my list.

Personally, I’m still the same Meggy with a dream to excel in school but also a representative for my region as I am sometimes invited to events where I have to wear my sash. I am sometimes recognized on the streets and people take photos with me. It’s so weird because I feel like I’m nobody but it seems I’m ‘famous’ to the people who saw me on TV. When I have autographs sessions, it sometimes gets very emotional for those who relate to my story.

Have I achieved my goals? Yes and no. I achieved my goal of delivering my speech in front of millions of people (Miss France is the most watched show of the year on TV) but I feel like people didn’t get it because I was giving it at the wrong place. I was hoping a woman of colour being a contestant at Miss France would make a difference but obviously, it did not. I made it to the top 10 and that was it. I did not have many votes. And given the racist comments after my election, I felt like I did all of this for nothing (which is wrong of course). But imagine giving an empowering speech and all people can see is your skin colour, body size, and looks? I suppose I was expecting too much. I should have known that it is a beauty contest and people only care about physical beauty and that’s that!