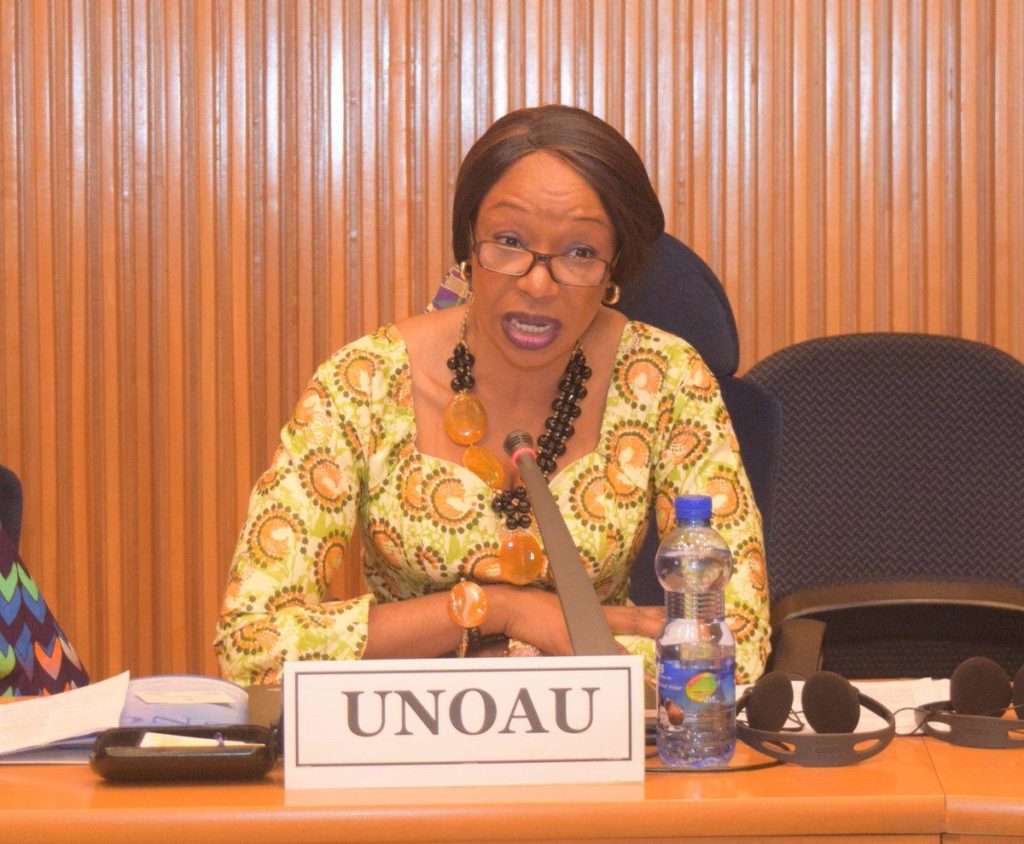 Nathalie Ndongo-Seh is the Chief of Staff of the United Nations Office to the African Union (UNOAU) in Addis Ababa, Ethiopia. She has been recently appointed as the Resident Coordinator in the Kingdom of Swaziland.

Ms. Ndongo-Seh is a former Attorney-at-Law, who started her career with the UN in 2000 in East Timor as a Legal Officer and who, over the past 18 years, has accumulated a wide-ranging United Nations peacekeeping and political experience in Afghanistan, Liberia, Israel, Sudan, South Sudan, Burundi, and Ethiopia.

She has worked in the fields of peace and security; justice and rule-of-law; governance; partnerships building; institution-building; resource mobilization; ethics, conduct and discipline; and management.

Very soon, Ms. Ndongo-Seh will assume new responsibilities on the continent as a UN Resident Coordinator while leading a United Nations Country Team and coordinating UN operational activities for development.

‘Women are not only mothers, caretakers, bread-winners, fighters, and survivors in the most challenging security circumstances: they are also key players in conflict prevention, mediation & building peace. They drive change and transformation every day’.

What was your ambition growing up?

My parents told me that at a young age, I wanted to be a chef and afterward, a social worker taking care of street children. At the age of 11, I decided that I would become a lawyer – this never changed.

At the age of 15 or 16, I started shadowing friends and acquaintances of my parents working as lawyers, magistrates or judges.

I studied international law, graduated from La Sorbonne University in Paris and was admitted to the Bar in 1993 (first admission) and in 1995 (final admission after my apprenticeship).

Did you ever think you would end up in international affairs, or at the United Nations?

Yes, it had always been my goal to work at the international level.

I studied international economic law (along with international relations) and was trained to work as a lawyer in the corporate world or for international organizations such as the World Bank, the International Monetary Fund (IMF), or the African Development Bank (AfDB) on development projects, international contracts and agreements, litigation and so forth.

I also had a strong interest in the UN at that time and was thinking that I would apply for internships or short-term assignments with the UN. 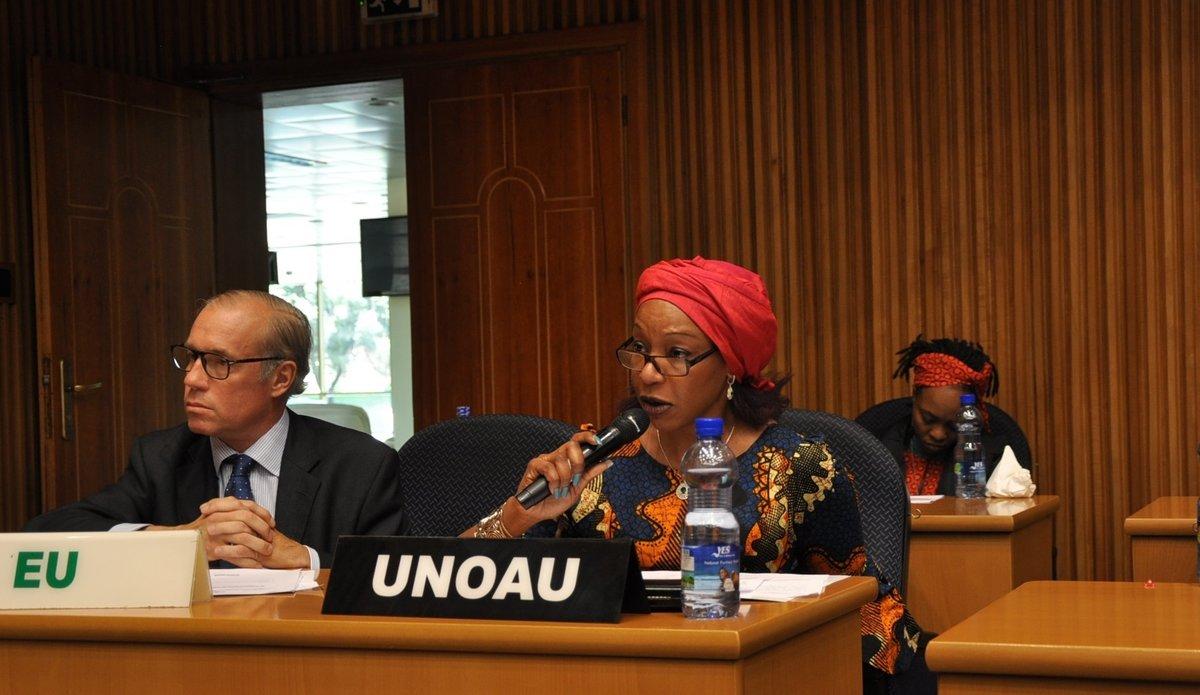 Want to build a career in the United Nations? Read how Ms. Nathalie Ndongo-Seh became the (UNOAU) chief of staff. Click To Tweet

What was your path to working at the UN? What factors helped you along the way?

There was no path as such except for my interest in development, human rights, international justice, the rule-of-law and my determination to contribute to saving the world from ‘the scourge of war’.

I would say that it was a set of circumstances that facilitated my access to the United Nations. I was already working on continental issues when I started meeting and interacting with staff from the UN and other organizations that seemed to often have exciting careers and professional paths that coincided with my aspirations.

In 1999/2000, the UN opened new peacekeeping missions. I decided to apply for several vacancies while seeking advice and guidance from UN acquaintances on how best I could write my resume and prepare for the interviews.

Within a month, I was contacted by UN Headquarters for a brief interview and offered a Legal Officer position in East Timor with the UN Peacekeeping Department.

Recruitment procedures have since changed and, these days, the UN is drawing down missions more than it opens new ones. There are however several working opportunities throughout the UN system as a staff member, a consultant, a UN volunteer, or as an intern. 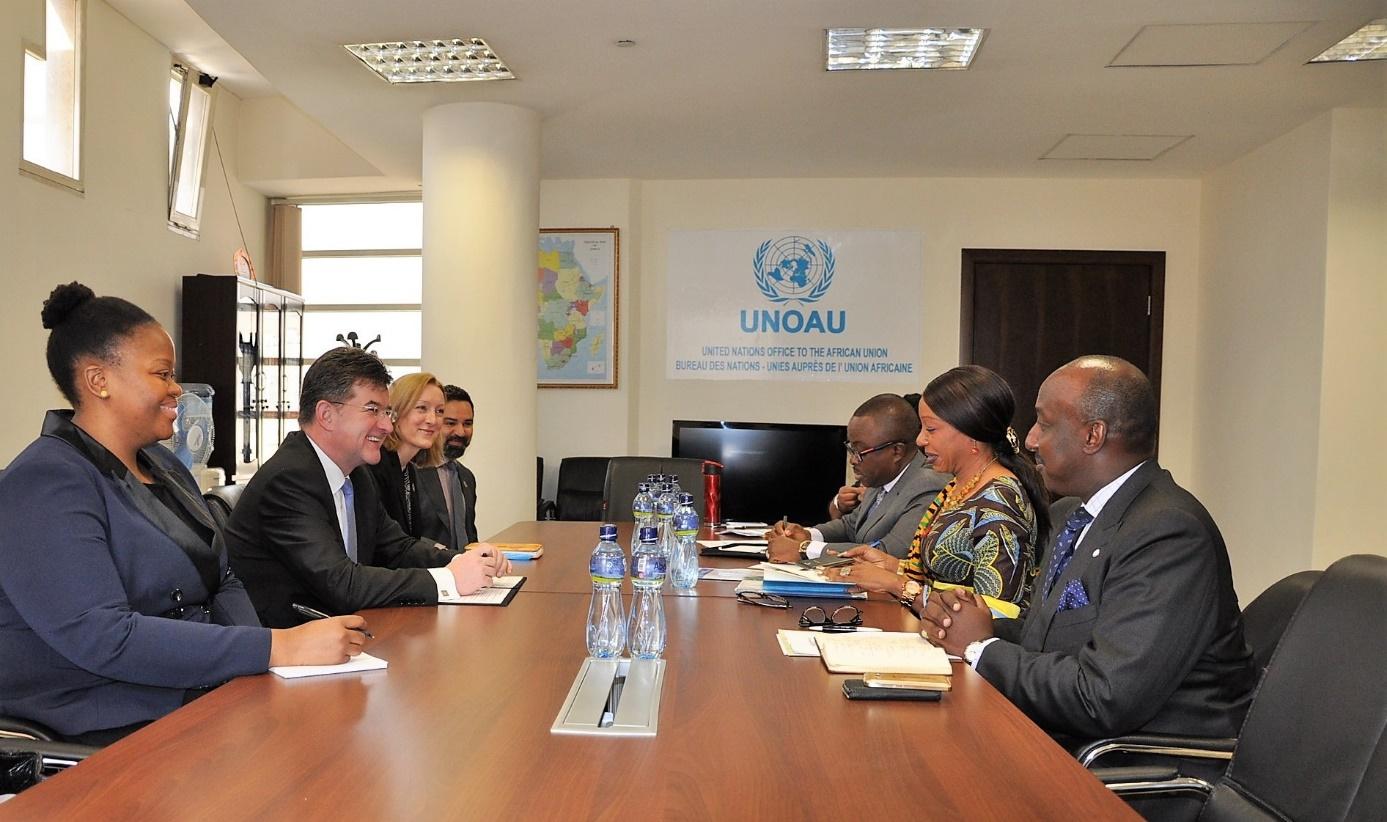 How does the UN compare with other organizations you have worked with?

I am privileged to have worked in various environments, including in a parastatal company, in the private sector and in a continental organization.

I have enjoyed and drawn life lessons from each experience. For now, the UN is the perfect fit for me as I have assumed a wide range of responsibilities at the senior leadership level in 8 countries.

Till date, I have attended several courses and received several pieces of training, which altogether have enhanced my knowledge, skills, and competencies. Also, I have been promoted and afforded opportunities to compete for positions, traveled the world, including to countries that I had almost never heard of prior to working for the UN.

During my time here, I have met individuals from different backgrounds and origins who have opened my eyes to social, political, economic, human rights, and community issues to which I may not have been sensitive to under other circumstances.

By working at the UN, I have encountered challenging situations that tested my resilience and at times my beliefs; and I have made friends who have become family.

There are several working opportunities in the UN as a staff member, a consultant, a UN volunteer, or as an intern. Read more... Click To Tweet

Have you ever received a painful rejection in your career? How did you handle it?

Yes, rejection is a part of life and one that I have experienced several times in my career and that I may continue to experience in the future. Some are obviously more painful or frustrating than others.

Altogether, and when handled well, they make you a stronger, wiser, possibly more focused and more strategic person.

I have handled them at times with tears, silent disbeliefs, wisdom (sort of “well, that was meant for me; something better/bigger will come my way”), or while immediately putting the matter behind me, refocusing on my objectives, and counting my blessings.

But what is important to acknowledge in such situations is that we are human beings. One may cry, may decide to take half a day off from work, or burn steam and anger on the golf course or at the gym, may do some in-depth reflection or introspection if it helps and carry on in, hopefully, good spirits.

Rejection is not a death sentence: keep going; maintain your values, self-esteem, self-confidence and revisit your goals/objectives to set achievable ones. It helps to quote Nelson Mandela who said: “Do not judge me by my success, judge me by how many times I fell down and got back up again.”