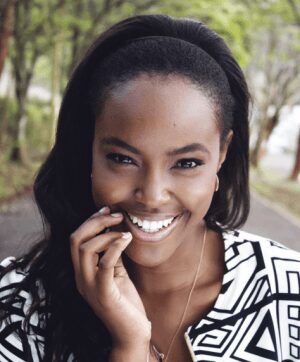 Would she advise her children to get into a creative career? Without missing a beat, Sharon’s response to this question is “Absolutely.” She would then prepare them for the challenges of the business.

One of the biggest issues she had to deal with was rejection. In the beginning, for every 20 proposals she sent out, only about two were successful, and  up to fifteen were not responded to.

Compared to established media in Kenya, blogging is still the new kid on the block. This means that Sharon has to work hard to demonstrate to companies the validity of her blog as an advertising platform. 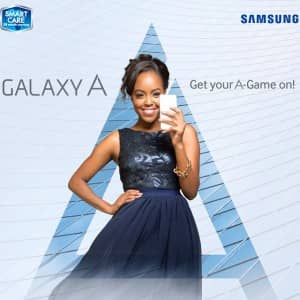 Sometimes companies say yes but the actual experience of working with them doesn’t match the expectations. “Two weeks ago, I had something that I thought would be huge and then I went into the meeting and it was nothing like I expected,” Sharon said. Other times it takes much longer than planned for things to work out.

She initially received a “no”  for the Samsung A series, for example, which turned into a “yes” much later on. On occasion, clients still expect her to feature their products for free. As they see it, they are giving her “content” to blog about. They fail to realize that people are drawn to blogs more for the unique voice of the blogger, rather than for a particular kind of content. Besides, there is no shortage of content when it comes to fashion.

Sharon’s faith in God and the progress she has seen over the years keep her moving in the face of such challenges. “More and more people understand that bloggers are a brand and influencers, and have worked hard to be where they are today,” she said. “So if they agree to work with you on a project, X amount of people will learn about the project and X amount of people could buy the product.”

“Whichever way I look at it, I can feel myself moving forward, and that is fulfilling and I’m so grateful,”added Sharon. In two years she has gone from worrying about the sustainability of her career to owning a car and becoming financially stable. The gains are small, but they add up. 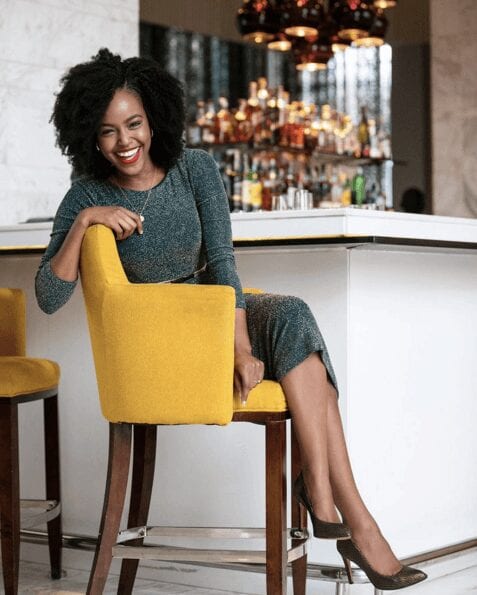 One challenge of having a personal blog morph into a commercial entity is learning how to balance the blurred boundaries between personal life and business. Just before our interview, for example, a man walked up to Sharon to offer his business card, and a young girl asked to take a selfie with her. Sharon welcomes such attention. It reaffirms that people are reading, and watching whatever she shares online.

The flip side of this is that it comes with its share of critics. “When you let the world into elements of your life, then they have the authority to comment on it, to ridicule it, to hate on it, to love it, to share it, to rejoice in it,” Sharon said.

“It [The criticism] hurt the most when it was the first few negative comments.” Such comments have also been fueled by the rise of online Kenyan tabloids, which she now intentionally avoids. “Even tabloids are willing to take on anyone who has some kind of remote online life,” she said. “That also would upset me because I used to think why would you publish something that was so untrue or so mean?”

In dealing with criticism, Sharon has learnt to differentiate between constructive criticism and personal attacks on the internet. She considers the former and not the latter. She is very deliberate about what parts of her life she exposes to the public, especially when it comes to family. “I’ve been very careful only sharing things that I am OK having the world get into,” said Sharon.

In May 2015, when Sharon announced her engagement on her blog, she thought only a small group of readers would see it. Instead, the massive reaction on the post (which was viewed over 100,000 times in the first 24 hours) led not only to her website crashing for most of the day, but also to her being dubbed a “newsjacker” by a national newspaper. The event illuminated Sharon’s impact and her potential as an ideal partner for companies wishing to reach an  internet savvy youth audience.

However, If she had to do it over, she would not announce her engagement on the blog the same way. One of the lessons she learnt from the whole experience is that it’s better to enjoy those private moments for a little while before making them public.

“I’m not sure if looking back I would have announced it. I thought at first it would just be my circle of readers and then it grew into something more and I thought: I’ve exposed a really sentimental part of my life and people can comment on it– ridicule and rejoice– and that was scary,” she said. “If for instance I had a baby today, would I share the story on my platform tomorrow? Maybe not. But in a few weeks– I just might.”

One thought on “Sharon Mundia: I want a fantastic, mindblowing life”