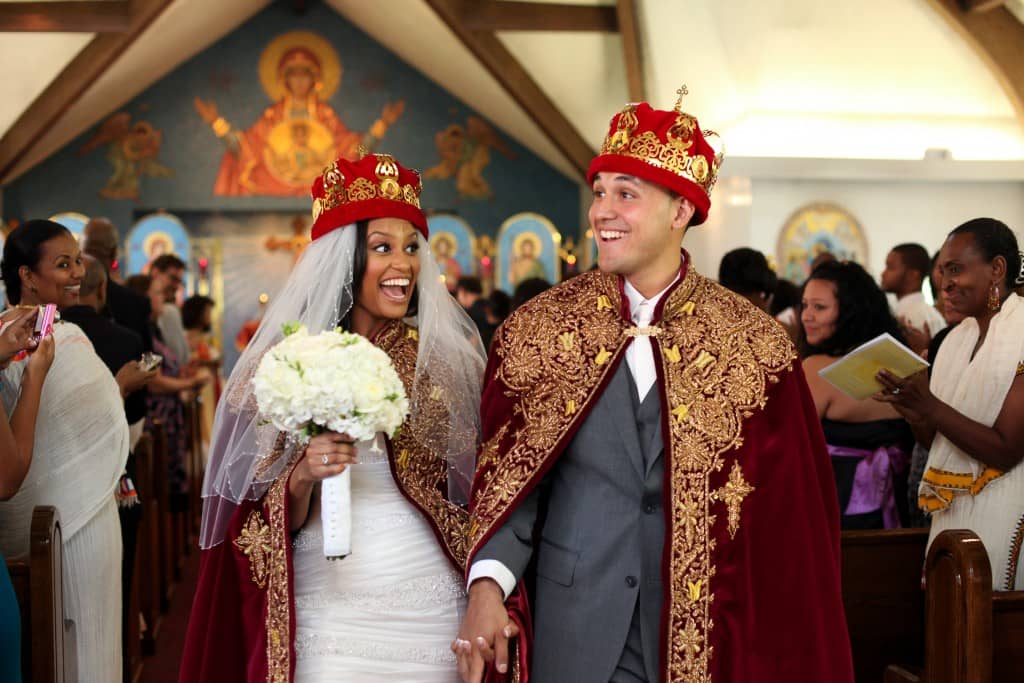 It seems that the custom of taking one’s husband’s name after marriage is slowly fading. Women the world over are opting to keep their maiden names after tying the knot. African women are choosing to do the same to the dismay of some and intrigue of others.

There are people who do not understand why a woman would not want to change her surname. It is a PSA that a certain someone put a ring on it, after all.  In a culture that wrongfully values women based on their relationships with men, this decision is being met with resistance.

It turns out this custom isn’t even African. It was started by the French and spread to Britain during the  Norman Conquest in the 11th century. A wife was considered a husband’s possession, and, hence had to adopt his name.

Over time, the custom changed to include the scriptural notion of unity that marriage brings to a couple. The tradition then spread to the Motherland through colonialism.

Not everyone finds it necessary

It is actually illegal in some places  to change one’s name for marriage or other reasons. Quebec does not allow women to change their names after they get married. This law exists to extend the Quebec Charter of Rights (1976) statement on gender equality to names, according to Time.com. The same applies in Greece and Belgium.

Italian women can’t legally change their names, but are permitted to hyphenate their surnames by adding their husband’s. Women in Malaysia and Korea customarily keep their maiden names. Burundian women also do not adopt their husband’s names, according to allAfrica.com.

So why don’t you use your husband’s name? For Nigerian journalist, Amma Ogan, the answer is in the question: “Because it is his name, not mine,” she says in an interview with us.

In her article “Of Marriage and Ownership,” (published on the discontinued 234Next website) she writes about her choice to keep her maiden name and the bewilderment that met her decision. Of the custom she writes:

“Ask a Nigerian man to change his name and he will consider it an insult of the highest order. This means that women are considered fair game, mothers, sisters, daughters, all. The first retort when a woman protests is: Why don’t you want people to know you are married? But that is really a side bar. The people for whom that knowledge is most important are the ones who are in it. Are you married? Yes. Move on.”

For Ogan, and others like Dr. Sophie Coulombeau, keeping their maiden names is a matter of maintaining  their identity, and upholding equality. For them, marriage does not equal validation, as the custom may suggest.

So what could this mean for us?

As a wife, changing your surname to your husband’s can be symbolic. The function of marriage is to unite two people and sharing a name can represent this unity.

Ugandan Anita Arinaitwe Mugisha chose to use her husband’s name, telling allAfrica.com that it signified a new beginning and gave her a sense of belonging. In the same article, Joshua Nshuti, a Ugandan man, said that sharing his name with his wife made him proud and is a constant reminder of his responsibilities to her.

Women opt to keep their maiden names for various reasons whether it be maintaining their identity or asserting equality. Some of them have worked hard to create a name for themselves professionally and don’t want to give that up.

Others marry people from across the world and find keeping their maiden names less confusing. And a few are just trying to avoid all the legal paperwork that comes with changing your name on identity cards, passports, health insurance and bank accounts plus more.

As  businesswomen on the rise, ready to disrupt the old boys’ club, and take the world by storm, one could argue we should abandon a practice that is in its very origin dehumanizing. On the other hand, as I mentioned, taking one’s husband’s name symbolizes unity for some.

Ultimately what is important, I think, is to leave it up to the woman to decide what changing or keeping her name means to her. Perhaps in order to allow that to happen, women shouldn’t be judged for choosing to do either. 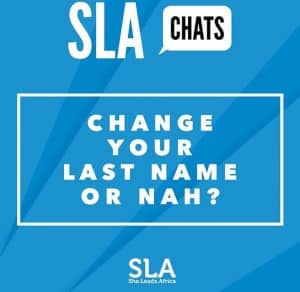 What do you think Motherland Moguls? Do you plan on changing or keeping your name when you get married? If you are married, did you opt to adopt your husband’s name or keep your maiden name? Let us know in the comments below.

9 thoughts on “Yay or nay? To have and to hold his last name after marriage”