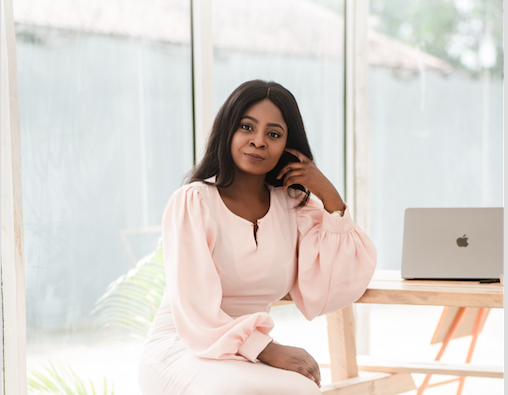 How do you think Nigeria as a country can ensure there is more equitable pay across the board and get more women into senior level and executive positions?

“I think we first of all need to create a nationwide awareness to change some long-held backward cultural beliefs about women. Including that men are naturally more talented than women when it comes to tech.

I’d love to see more little girls in computer classes. They don’t have to all be doctors, lawyers, and engineers. An emphasis should also be placed on merit-based appointments.

At Softcom, it doesn’t matter if you are male or female, if you bring value to the company, you’ll sit at the table. So it should be that it is one’s substance – not gender – that’s considered when deciding on delegating executive roles. The promotion of and donations to organizations dedicated to the cause of making workplaces as diverse as possible is also important in solving bias issues.”

Tolu imagines a bright future for women in tech and even for the industry at large. There’s a confidence in the idea that with the advancement of technology in coming years, there will be more job openings in tech. However, such is the optimism from new returnees that it can sometimes almost be misconstrued as wishful thinking. 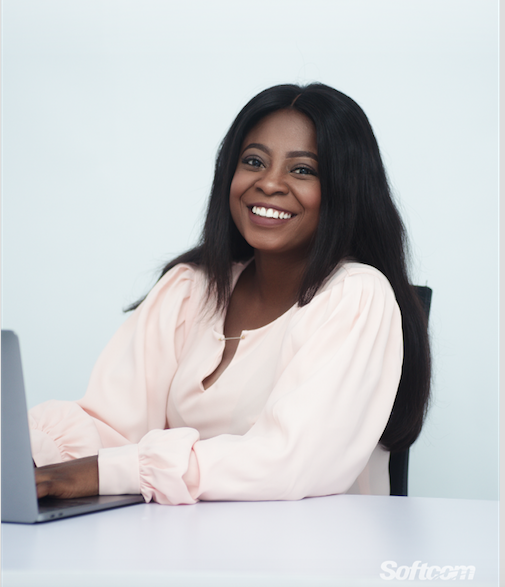 When asked about her message for those still struggling with the decision to come back home, she talks about “sobering realities” but insists there are revolutionary solutions waiting to be applied in several spaces.

“I can’t lie, it’s a bit tough. You can never be prepared for some things. The heat was almost unbearable for me initially. I also had a bad bout with cholera off the first glass of water I drank. So yes it can be rough but being strong and focusing on the motive for coming back keeps me going.

For me, that is contributing daily towards being an agent of positive change in my country. I also have to add that for a young black woman, it can be extra difficult.  The career ladder doesn’t favor us already but what I see is that these are the very dynamics that make the prospect of change appealing.”

At @SoftcomNG, it doesn’t matter if you are male or female, if you bring value to the company, you’ll sit at the table Click To Tweet

There’s no doubting the impact of diaspora returnees like Tolu and their contributions to the national effort of growth and development. The Nigerian government must develop credible strategies for progress in many of the areas that lead these people to leave their home countries in the first place.

For those who have not decided to return home, they will never be motivated to contribute their energies to a national cause unless the government makes an effort at creating the type of country they would like to return to.

Returning to the country with a strategic approach should also be encouraged among the returnees. Appreciating that there are visceral realities that come with living in Nigeria is key, but balancing that with the right, tolerant and optimistic attitude is important for their relocation to be successful.

Above all, there should be a general understanding that there’s never been a better time than now for the application of great and progressive ideas in the country. In an emerging economy with strong numbers, opportunities abound that can shift the course of the nation onto a progressive path.

Tolu recognizes the importance of opportunities when she talked about lessons she’s learned over the past 5 years.

“If I was to write a letter to my younger self, it will be to take opportunities as they come. A Colombian friend in China used to tell me that “If you don’t taste the food, how do you know if you’ll like it?” A life lesson for me has really been that taking advantage of opportunities can unexpectedly change a lot in a short space of time.”

This article was written by Softcom. A thinking company on a mission to connect people and businesses with meaningful innovation.