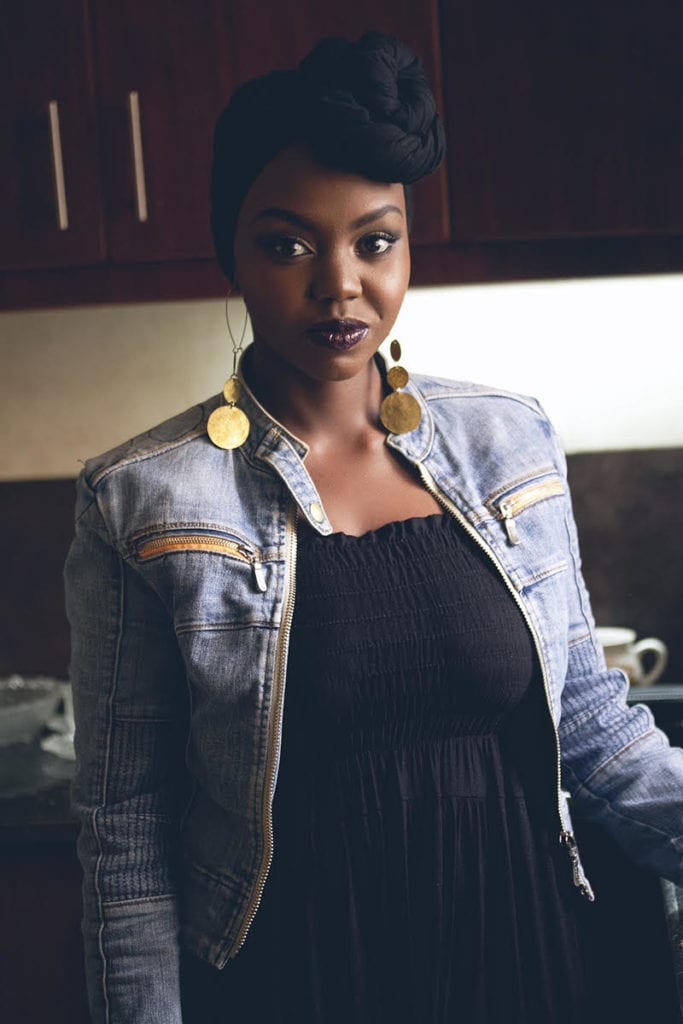 Do you have dreams of big lights and sold out concert halls?  Are you trying to convince your parents your love and talent for singing is a viable career? Many people make a living as entertianers but it’s hard to know where or how to start.

Join us Thursday Sept. 29th for a twitter chat with Kenyan singer, actress, radio presenter and improv comedian, Patricia Kihoro. If you have ever considered a career in the performing arts, then you don’t want to miss this chat.

Follow She Leads Africa on twitter and use the hashtag #SLAChats to ask your questions and participate in the discussion. 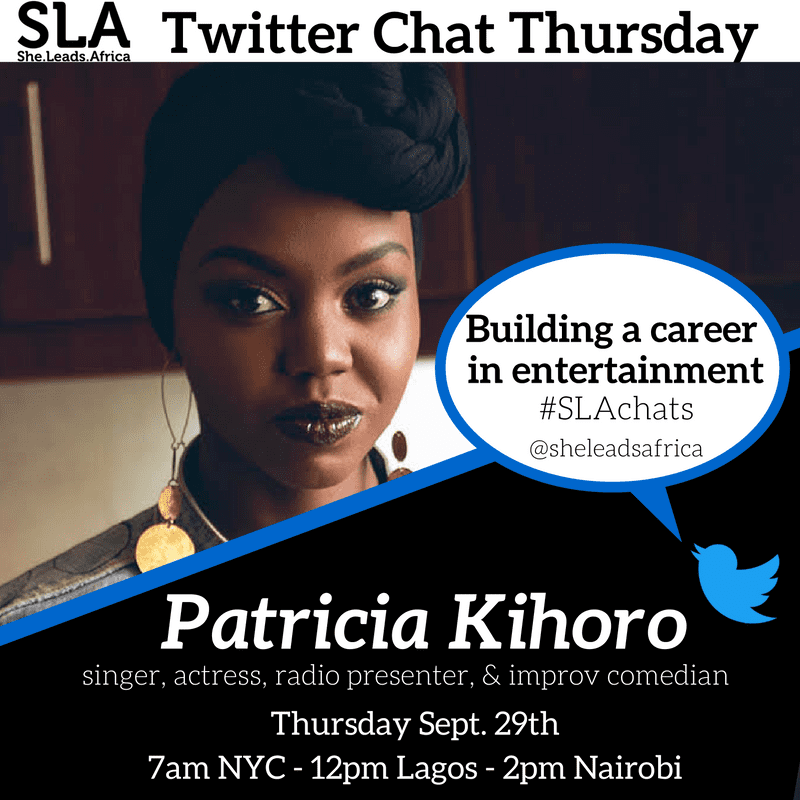 Patricia Kihoro is a singer, actress, radio presenter, improv comedian and sporadic blogger from Nairobi, Kenya. She has dabbled in just about everything in the entertainment sphere.

Soon after completing her Psychology degree in 2008, she joined a reggae band, and then participated in a regional televised singing competition where she emerged a finalist. She has since acted in numerous musical stage productions, as well as in a few TV series and a couple of award winning films. Patricia has written articles for magazines and websites, emceed at events, released radio singles, been in a few friends’ music videos, hosted a popular radio show, participated in a Nigerian reality series, anchored the news on radio, and shared a stage with musical artists such as Just A Band, Aaron Rimbui, Harry Kimani as well as American Jazz great, Gerald Albright.

She has also been on tour in Europe, singing and dancing on stage 6 days a weeks for 3 months. Her biggest achievement so far has been writing, producing, directing and performing her own stage show, “Life In The Single Lane”, which was a surprising success, and sold out all six times she put it up.

She currently is part of an improv comedy group, because You Said So, that puts up a show every two months at Nairobi’s popular Carnivore Restaurant. She is also currently a judge on a talent show to be screened on KISS TV. She’s not done yet, however, as she still has some albums to work on, a TV series to create, a book of short stories to write, and 12 children to bear. She will however, never go sky diving. Ever.