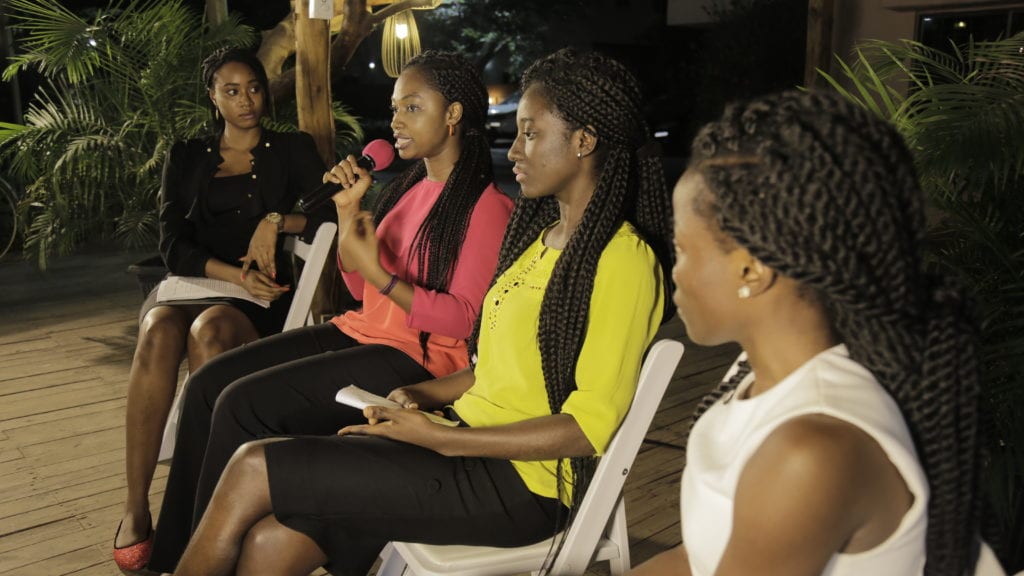 This former man’s world is about to be shaken. Slowly but surely, ladies are taking the tech space by storm in Africa and continuing to build that proverbial bridge over what is still one of the widest gender gaps on the planet. Some of the most promising software startups coming out of Africa today boast female founders that have faced the tech boys’ club head on, and they’re not backing down.

The women of the Meltwater Entrepreneurial School of Technology (MEST) are speaking out about their experience as software startup founders and voicing the need for more women in STEM fields. MEST is a training program, seed fund, and incubator for aspiring tech entrepreneurs in Africa and is headquartered in Ghana. From just 10% women in its first class in 2008, MEST now boasts 30%, and it wants to see even more.

Head of Recruitment at MEST, Amma Baffoe, notes that though on the rise in Africa, the ratio of women to men in the tech sector is not nearly where it should be. The team is now on the hunt for even more driven, ambitious ladies to show the world how it’s done.

“We collectively need to ensure that as tech continues to thrive, we also take the necessary steps required to bring our women along with us by actively seeking to identify, recruit and mentor more African women into tech. This has enormous potential to empower families and create new opportunities for generations to come.”

Communications Director, co-founder of startup Skrife and former MEST student Kelechi Udoagwu feels the bridge is already getting stronger: “These are exciting times for women in tech – in Africa and all over the world. We are increasingly becoming visible and accepted in the tech industry, and this gives us to room to innovate and be creative in creating solutions for problems that are peculiar to females alone.” Of course, visibility isn’t nearly enough – but it’s a pretty promising first step.

A number of successful female-led startups

Female-led startups coming out of MEST have been blowing up over the past few years. Tress, the African woman’s go-to app on hair trends, styles, products, and stylists, was recently selected for the prestigious Y Combinator accelerator program in Silicon Valley, an honor founders Priscilla Hazel, Esther Olatunde and Cassandra Sarfo don’t take for granted.

“It’s been a great experience…I learned that what I’m going through in my startup is the same thing someone in another country is going through – bootstrapping, looking for money, trying to get users, or coming up with value for your users. It’s the same issues that many startups around the world face…And now I have a network of people to ask for support,” says CEO Priscilla Hazel. 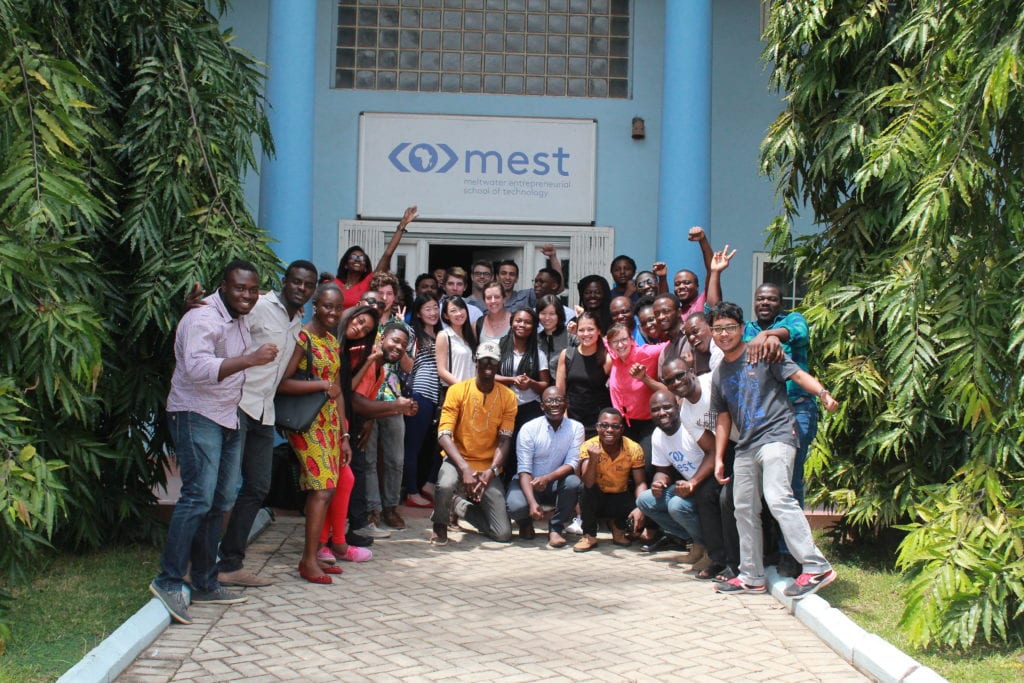 “I love the fact that by working on something that we are passionate about and is at the same time very personal to us as cofounders, we are creating value for black women all over the world.”

Current MEST student Stella Ngugi notes how influential it’s been to work with changemakers and tech stars like Priscilla: “Sometimes you don’t know what you’re missing until you get it. I didn’t know the true value of women tech makers until I came to MEST. There’s no denying the snowball that is women tech makers; we are driving change throughout Africa, moving fast and paving a way with no boundaries.”

Outside of their startups, the MEST ladies are going even further to encourage more to follow in their footsteps. Former Entrepreneurs in Training (EITs) Linda Ansong, Angela Koranteng and Lady-Omega Hammond have been leading the way in STEM subjects since university. After swapping stories about the incredible gender division they saw in school, they decided to get serious.

It was exposure to strong, successful women in STEM that encouraged these ladies to pursue their passions from the start, and they wanted to ensure the next generation of African women could find the same exposure.

They hunkered down in a MEST classroom to decide how best to approach the issue, and very quickly, STEMBees was born. This non-profit is now filled with smart, successful, buzz-worthy women who offer computer literacy training and career exploration for future female changemakers in Ghana.

Lady-Omega, who is also the CEO of Ampersand Technologies Ltd, believes that change is already happening. “I believe awareness around the potential of a woman being maximized outside the home is growing more each day. It’s encouraging to see men around us becoming more supportive and women being role models and actively engaging with other women, young or old. This changes mindsets and gives us women the opportunity to grow to our fullest potential.”

These female tech entrepreneurs are breaking barriers with force. But so are many of our male colleagues. According to Cassandra and Priscilla, it’s important that we don’t attribute too much of our success to gender alone.

“Everyone can go into the technology field, whether female or male,” Cassandra says. “It’s just about your drive, your passion. If you have a passion for something, you can achieve it. It doesn’t matter your sex – everyone can do it. I’m doing it, so believe it.” After all, the keyword here really is equality.

Thanks to these #MotherlandMoguls in Ghana, general interest in technology from young girls has drastically increased since the program was founded in 2008. Girls from the community are seeing the number of African female founders from MEST being recognized globally, and as a result are seeking some of that tech startup glory for themselves. Here are some #humblebrags from the women of MEST:

Anne Amuzu, CEO of MEST-incubated Nandimobile, was named one of Forbes 10 Female Tech Founders to Watch in Africa. The Tress team, led by female entrepreneur and CEO Priscilla Hazel, raised $150,000 USD from Y-Combinator before even graduating from the MEST program and was named one of 5 African inventions to look out for in 2017 by the BBC.
Female-led Beavly has raised $40, 000 and created more than 200 job opportunities for people on their platform.

These are great first steps, but we’ve got a bridge to finish building. What are you waiting for?