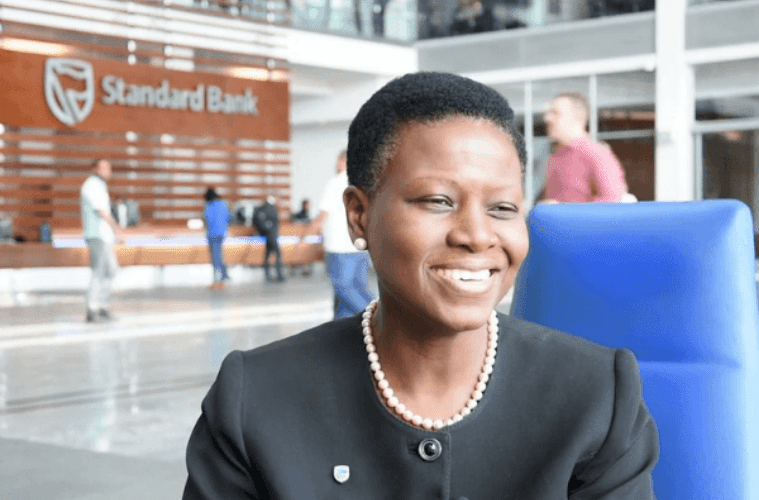 Sola David-Borha is the Chief Executive of Africa Regions at Standard Bank. In this article, she shares her insights on opportunities in the Agriculture industry.

Motherland Moguls, you don’t want to miss out on this one.

With the world population expected to swell by 2 billion people over the next three decades, Africa has an opportunity to step up and become a major global food production hub.

For the time being, Africa remains a net importer of food, despite its vast tracts of underutilized land and other enviable natural resources. Its reliance on food imports weighs on the continent’s current account and spells a missed economic opportunity.

With the right policies, technologies, and infrastructure in place, Africa has the potential to first meet its own food requirements, and then exceed them – Sola David-Borha, CEO Standard Bank Group (Africa) Click To Tweet

The agricultural sector is possibly the continent’s biggest growth lever, with a sizeable potential for much-needed job creation. This is especially poignant considering that Africa is estimated to hold about 60% of the world’s uncultivated arable land. Of the land that is cultivated, yields remain extremely low and irrigation techniques dated.

Agribusiness is the next big hustle

The adoption of modern and innovative farming practices could spur a step-change in the output of existing and new farmlands. The Netherlands, a country that is roughly 3.4% the size of South Africa by land area, provides a good example – being the world’s second-largest exporter of food by value, despite its size, thanks to high yields.

Meanwhile, Brazil shows that it is possible for an emerging market to shift from a net importer of food to a net exporter. The South American country did so through trade liberalization and investments in agricultural research, among other initiatives.

Africa is still only scratching the surface of its potential in the agribusiness game – Sola David-Borha, CEO Standard Bank Group (Africa) Click To Tweet

To shift the industry onto a new trajectory, a combined effort between policymakers, financial services firms and the industry itself will be needed.

What you should be thinking about

Financial services should consider how they can facilitate the sector’s growth by providing sustainable finance solutions across the agriculture value chain.

Investments in areas such as logistics, renewable energy, warehousing, and other storage facilities, agro-processing plants, and irrigation technologies will be crucial, as will public investments in road and rail infrastructure as well as ports.

Access to markets is also an important focus area, and measures to tackle this issue will boost the entire agricultural value chain.

Policymakers can play their part by creating an enabling investment environment, as countries such as Kenya have done.

To align policies across the continent, governments should consider existing frameworks. Regulations should be aimed at striking a balance between economic growth and safeguarding Africa’s natural environment.

Encouragingly, the imminent implementation of the African Continental Free Trade Agreement (AfCFTA) will lower tariffs and promote intra-African trade in agriculture, making the continent less reliant on food imports from other regions. And through cross-border initiatives, Africa could strengthen its food export prospects.

African states and farming groups would also do well to adopt ‘smart farming’ concepts. Standard Bank, for instance, in partnership with technology companies, has piloted projects that use drones to monitor the health of crops, and digital technologies to monitor and regulate soil moisture in order to save water by avoiding unnecessary irrigation.

Standard Bank is also working with development finance institutions and export agencies to develop sustainable finance solutions specifically for the sector. We are funding projects that allow small-scale farmers to transform themselves into contractors that supply commercial farmers.

An opportunity for African Women

Climate change poses a serious risk to Africa’s food security – and the world’s. The effects are already being felt – Tropical Cyclone Idai caused unprecedented damage in Mozambique, Zimbabwe, and Malawi less than a year ago, while catastrophic droughts and flooding have affected South Africa and East Africa, among other regions. Currently, the devastating locust invasion in East Africa – Ethiopia, Kenya, and Somalia specifically – is threatening food security in the region.

Considering that agriculture already accounts for a large portion of Africa’s GDP, the impact of climate change on the economy can be severe.

Another risk is that the expansion of Africa’s agricultural sector will place more strain on the continent’s water resources, which need to be carefully managed. The adoption of advanced irrigation techniques is a good start.

Standard Bank recently partnered with the United Nations (UN) Women on a project aimed at developing climate-smart farming techniques amongst rural women. The initiative is being rolled out in Uganda, South Africa, Malawi, and Nigeria.

While the sector’s future is not without its risks, it may well be Africa’s biggest opportunity in the coming decades. Being a major contributor to GDP and employment, the agribusiness sector is the continent’s most effective lever for achieving inclusive growth.

Standard Bank has a 156-year history in South Africa and started building a franchise outside southern Africa in the early 1990s.

Our strategic position, which enables us to connect Africa to other select emerging markets as well as pools of capital in developed markets, and our balanced portfolio of businesses, provide significant opportunities for growth.

The group has over 53 000 employees, approximately 1 200 branches and over 9 000 ATMs on the African continent, which enable it to deliver a complete range of services across personal and business banking, corporate and investment banking and wealth management.

The group’s largest shareholder is the Industrial and Commercial Bank of China (ICBC), the world’s largest bank, with a 20,1% shareholding. In addition, Standard Bank Group and ICBC share a strategic partnership that facilitates trade and deal flow between Africa, China and select emerging markets.

For further information, go to http://www.standardbank.com

One thought on “Africa should set its sights on feeding the world – Sola David-Borha, CEO Standard Bank Group (Africa)”