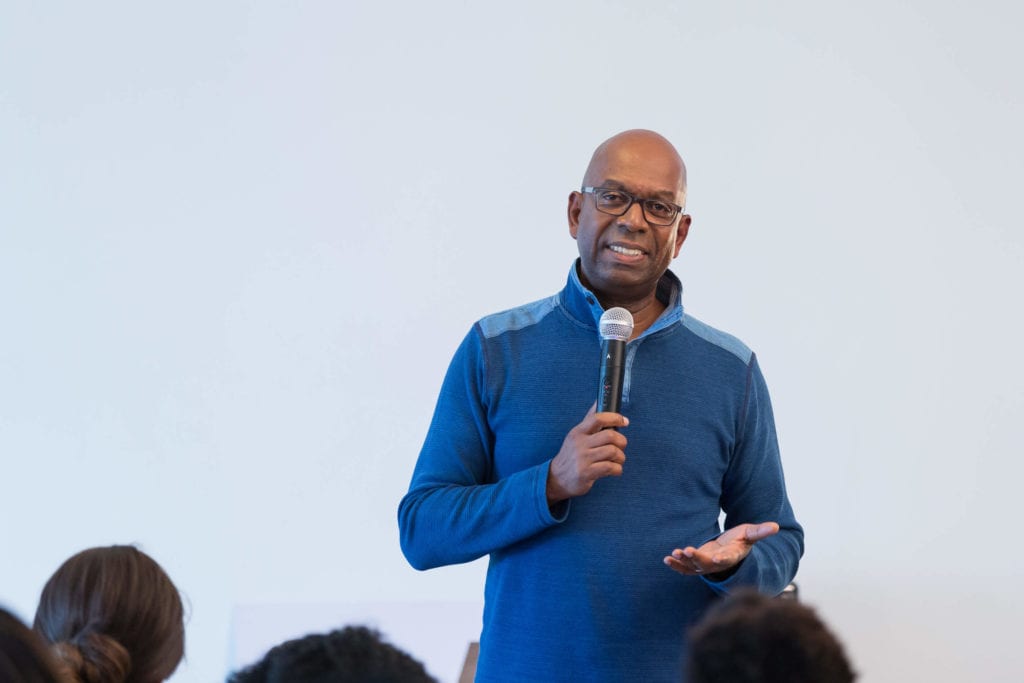 Bob Collymore is a man many people admire. It’s in the simplicity and efficiency with which he runs the fastest growing telecommunications firm in East Africa that draws people’s attention. But just what is his secret in running such an organisation in East Africa? At the recently concluded SheHive Nairobi, Bob dished out some of his secrets.

– I pay attention to the micro-inequities to make a significant impact in my organisation by articulating and ensuring that diversity and inclusion is acclimatized for by the organisation. Sadly, after years in the corporate industry I have noticed that women don’t step up for gender roles. The African culture plays a gender bias in the African work place. It’s not that women are few; there is significant gender balance at the workplace. It’s just sad that women didn’t vote for other women. Is it because we don’t trust other women with leadership? I don’t know.

– Currently in Africa there are few women in the tech space and in leadership. Imagine you were challenged to list the top 100 women in leadership you know of within five minutes. You would probably start by churning out names fast but by the 25th name, I bet you start scratching your heads. It’s not so obvious.

– My disappointment with women in leadership is that the more they ascend the ladder; they tend to adapt masculine behaviour. I already have men around me. I certainly don’t need women acting out as men. I would appreciate women being women. They should maintain their femininity when they hold these positions.

– The company’s advertising strategies are geared towards diversity and inclusion. Nowadays we have Kenyans of Indian, Asian, European and American decent in our ads. Unfortunately we have live in a misogynistic society and it’s a shame that in 2016 we still thrive on the same. Women should stop playing the victim game. The society is harsh towards women but the best women can do is to always win.

– Safaricom thrives in East Africa by empowering women in all frontiers. We have a nursing home that caters for children of our staff between ages of one and fourteen. Women at Safaricom get more leave days and they get less hours of work after the leave is over.

– I am happy that when one of our regions was facing stiffer competition for a fierce competitor, I appointed a lady to head the region. So far she managed to turn things around and that’s the best performing region in the entire organization. I am proud of what she has been able to achieve and if she could do it better than the men then it’s a validation to you women that you are high achievers. My advice to everyone is that you find your purpose and you won’t have to work forth rest of your life. Also acknowledge that where you come from doesn’t define where you will end up in. What drives you?