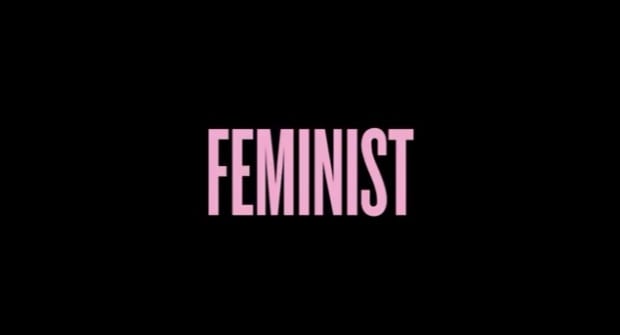 As a Nigerian woman, I have a lot of things on my mind. Things such as the disappointment about the Nigerian Senate recently not passing the Gender Discrimination Bill. Or the daily panic that there would be a power cut as I’m putting on my makeup and getting ready for work. My mind is full. I now have to add the pressure of saying the words ‘I am a feminist‘ into the mix.
The words are easy for me to utter, but often heavy for others to accept. The reactions are often disdain from a lot of men and suspicion from a lot of women. This surprises me greatly.

It is surprising because to me, it is very evident that we Nigerians are all feminists – whether obvious or covert.

Take, for instance, the working mum who says that feminists are unhappy spinsters who are angry with the world because they can not keep a man. This working mum is educated up to university level. She has a career where her salary is paid into her own bank account. She can post her thoughts on social media without her husband’s permission. She is a covert feminist, reaping the fruits of trailblazing feminists before her.
But please, don’t let her know about it; that would spoil the secret.

Actually, there are covert feminists!

However, watch the secret male feminist talk with pride about his mother who worked several jobs against all odds to make sure that he got an education. Watch him puff out his chest when he announces that his wife has bagged a Masters Degree with distinction.
Watch him talk with concern as he worries that the secondary school where his daughter is studying isn’t up to world-class standards, and therefore not allowing her to reach her full potential. Watch him talk with frustration about what to do his sister’s boss who sexually harasses her.
Watch him look horrified when you call him a feminist.

Who is then a feminist?

To quote author Chimamanda Ngozi Adichie, ‘a feminist is a person who believes in the social, political and economic equality of the sexes’. That’s it.

Feminism is not a cult for angry women; it is a movement which simply suggests that men and women should be treated with equal respect, consideration and dignity.
When this is fully understood, bills which would protect the right of a woman to inherit her husband’s property would be passed into law. When this is fully understood, secret feminists-male and female-would come out of the dark shadows cast by misconceptions, and stand tall for equality.
It would be one less burden to have on my mind as a Nigerian woman.

3 thoughts on “Covert Allies: A tale of Nigeria’s secret feminists”