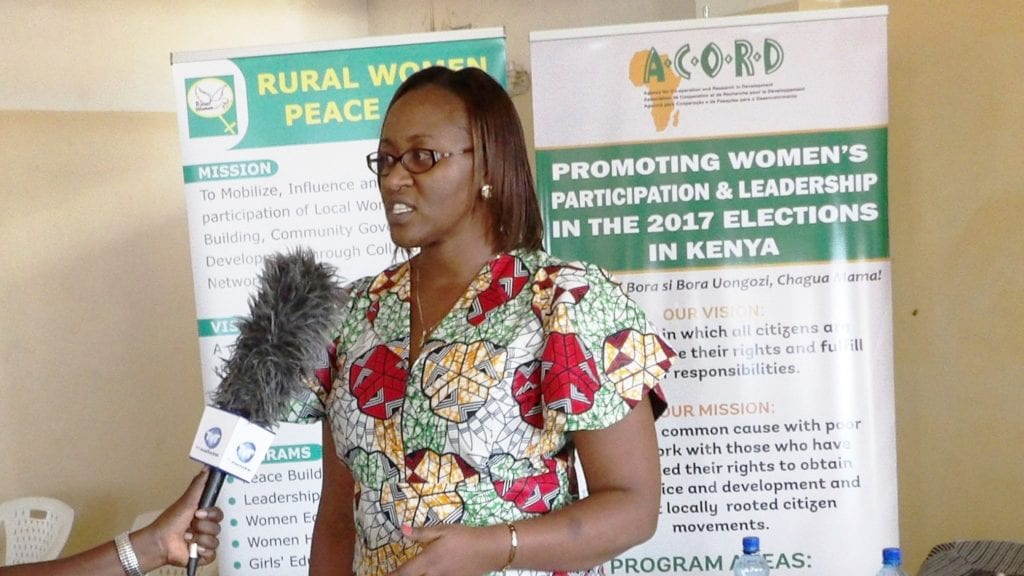 What challenges have you faced while running this organization and how did you overcome them?

Shifting mindsets – there is a very big difference between people living in Nairobi and those in the rural areas.

When I was working in Nairobi, I viewed female genital mutilation and early marriage as advocacy issues by NGOs and other development partners.

It was not until I encountered men, women and even girls that see nothing wrong with these issues that I knew there was a need to intensify sensitization about these harmful practices.

To address this challenge, we have continued dialogues with communities, women parliaments, mixed adult forums and mixed school forums. We believe in inclusion and for us to shift mindsets, we need everyone on board.

What is the proudest moment of your career?

That has to be initiating Adopt-A-Girl Initiative in 2012. I started the mentoring initiative in Nairobi during a 6-month leadership training I was undertaking.

In phase 1 of the initiative, I worked with 16 out-of-school girls in Kibera and 10 volunteer mentors for a 6-month period.

In phase 2 we received a grant to work with young women in Kibera and Korogocho to build their life skills as well as entrepreneurship skills.

This initiative opened my eyes to the need for mentorship – both structured and unstructured. Young girls need mentors who can demystify things for them and keep reassuring and cheering them on as they pursue their dreams and aspirations. 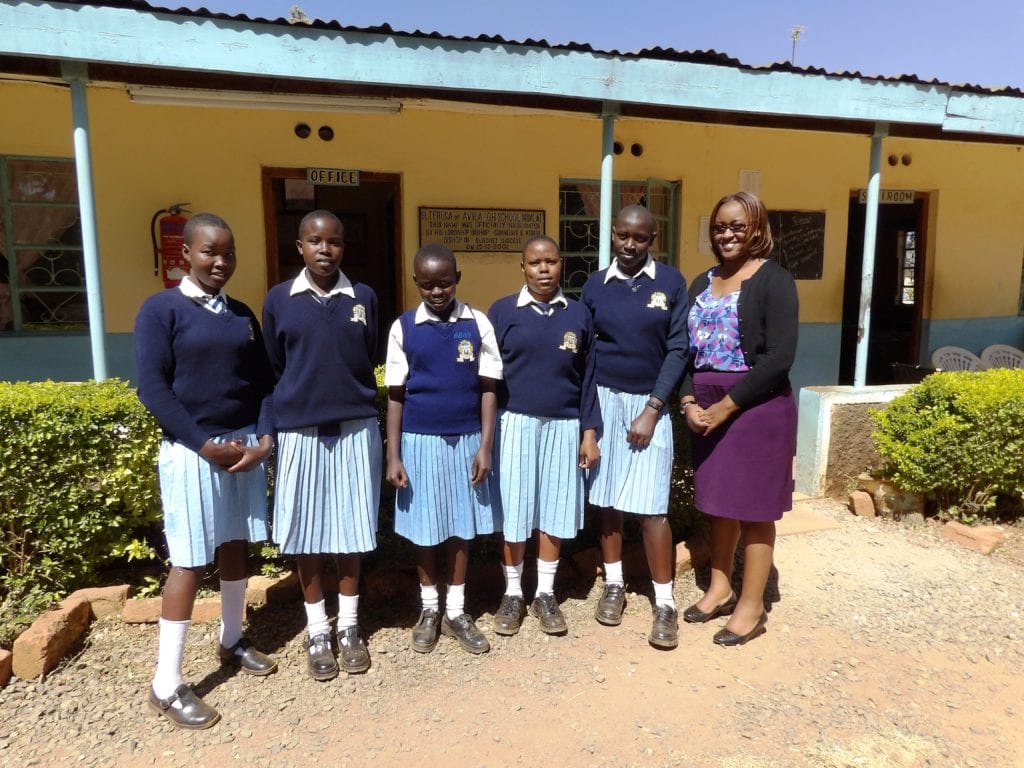 With the current political climate in Kenya, do you think women will benefit from the new government?

Yes, I do. Women are becoming increasingly aware of governance issues and the importance of meaningful engagement of women.

More women were elected to various positions in the just concluded General Elections – we have 23 elected Members of National Assembly up from 16 in 2013, 3 Governors and 3 Senators (we had no women in these two positions in 2013), and the number of elected female members of county assembly has increased from 84 in 2013 to 96.

We are not there yet in terms of achieving the not-more-than-two-thirds gender rule but there is an improvement.

The Kenya National Action Plan on women, peace, and security is anchored on four pillars – Participation, Promotion, Protection, Prevention, and Relief and Recovery.

As RWPL, we are creating awareness at the grassroots level on the importance of women’s participation and meaningful engagement in all leadership platforms as well as peace and security platforms.

We are also seeing more women articulating their issues to their leaders. This is a result of sustained civic education. More women are writing memoranda and petitions and seeking an audience with their leaders to discuss development issues.

Do you think we have made any headway to ensure better representation of women in the government and our society?

We need continuous sensitization across the country on the importance of inclusion of women in leadership. Women are not their worst enemies! That is the worst and most perpetrated lie that we need to prove wrong. There is strength in walking the journey together. That is the message we should share.

We have so many male champions, let’s involve them. It’s time to scale up the #HeForShe campaign.

Most importantly we need more platforms for women leaders to strengthen and encourage each other, especially upcoming leaders. Capacity building for women political leaders should not be done a year to the elections.

I believe we should begin these conversations now so that women come up with solid strategies for the next elections.

We have made headway. We need to celebrate our achievements while remaining conscious of what we need to do to sustain them and improve them. 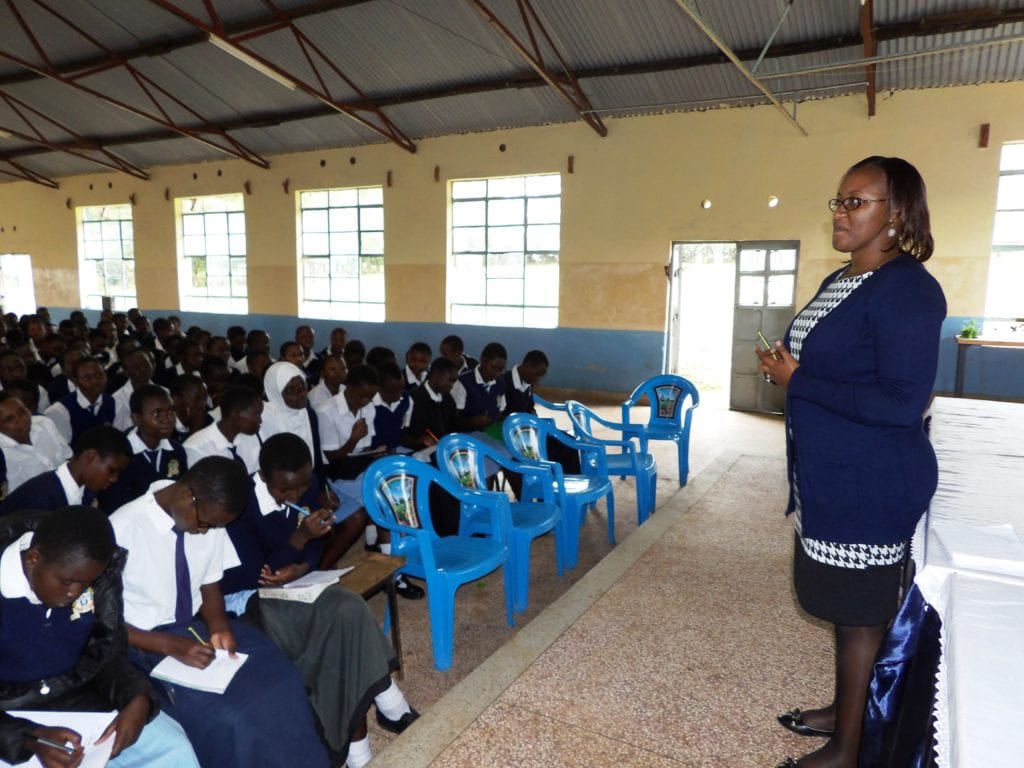 She refilled her pitcher, and in doing so, she was able to refresh everyone around her.

I believe that an empty pitcher quenches no one’s thirst! So I take time to grow myself so that I can be of service to others.

I cannot support another woman if I’m drained and empty. I take personal development very seriously.

Do you know any woman who is breaking boundaries and changing lives?