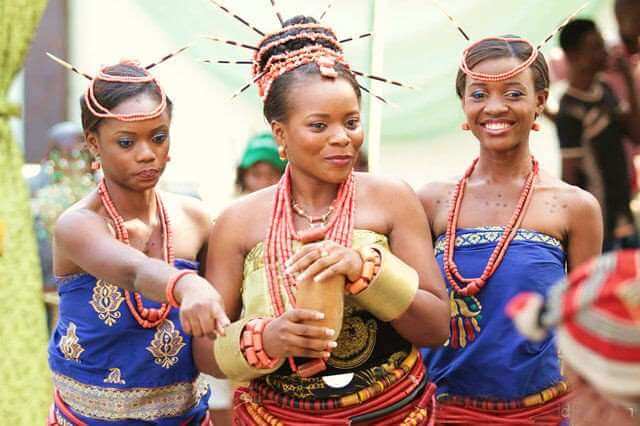 In 2014, Nigeria’s Supreme Court annulled the Igbo custom that bans a daughter from inheriting her father’s estate. This marked a decisive victory in women’s rights in Igbo culture. It also serves as a reminder to the rest of the country and the Motherland that African women should be treated as equals. Harmful traditions need to be done away with.

President Barack Obama, on his state visit to Kenya which coincided with the ruling, also discussed the need to reconcile traditions with evolving societies. In one of his addresses to the country, Obama stated, “Treating women as second‐class citizens is a bad tradition. It holds you back…These traditions may date back centuries; they have no place in the 21st century.”

Changes in a society don’t mean we need to abandon traditions all together. Each culture has its values, and some of those values should remain untouched. Forbidding daughters from inheriting their father’s’ estate was a custom that perpetuated inequality.

But, traditional Igbo culture as a whole is not one that seeks to subjugate women. We have to be able to distinguish between healthy practices and unhealthy ones.

Historically, Igbos are democratic people. Laws were made and  disagreements were settled by popular vote. Before the colonial era, Igbo women played an active role in politics. They took part in village meetings with men. They had their own markets and business networks, their own community meetings to discuss issues affecting women. They also had the right to strike against and boycott anything that threatened women’s interests.

Women’s meetings were called mikiri and it was during these  meetings that women shared their experiences as businesswomen, mothers, and wives. Mikiri was not only a support system, but also a forum to maintain women’s markets and enforce market rules (which also applied to men). If a man was found guilty of breaking market rules or abusing his wife, the women would gather around his property. They would dance, sing, bang on his doors, and throw mud at his house to express their objection. They could even beat him up a little. This was Igbo women’s most effective form of protest and it was called “sitting on a man”.

British rule lead to the end of female institutions like mikiri in Nigeria. Back then British culture did not recognize women in its own political institutions. So, its colonial administration failed to recognize the culture of women’s participation in politics in Igboland. They wrote it off as another “savage African practice”.

Igbo traditions and values like democracy and mikiri that promote equality. These values should have stood the test of time, rather than the laws that prohibit a woman from claiming what is rightfully hers.

So what can we do?

There’s clearly a need to decide which customs hold us back and which ones benefit our  communities as a whole. Maybe we should follow the example of the recent Nigerian supreme court ruling. We should compare our traditions to our constitutions. If a cultural practice encourages inclusivity, it should stay. If it violates the rights of a particular group, it should go.

Women should be part of Africa’s growth story. Sustainable development is only possible when everyone gets a seat at the table. We should all be active participants in socio‐economic and political initiatives.