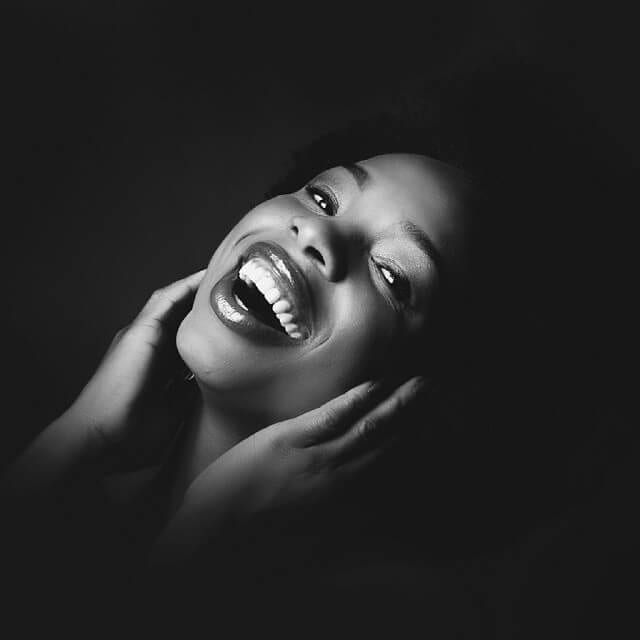 Dreams and making them come true; this seems to be the running theme with this film-maker, Jinna Mutune whose feature film LEO was well received by international audiences in twelve global cities.

SLA contributor Juliet had the great pleasure of visiting Jinna at the Pegg Entertainment offices in Karen Country Lodge within the leafy suburbs of Karen, Nairobi.

Amidst a couple of monkeys doing monkey business on the office rooftop and peering into their interview through the glass windows, they managed to have a great chat.

When did you figure out that you wanted to do film?

I actually always wanted to do it, I just didn’t know what it was, and I didn’t know it had a name. There was a creative space in our home that allowed me to explore a lot.

When I was 12, my first mentor —who was a student pastor— used a lot of art and creativity to teach the Bible and that really inspired me. So I did a lot of plays in school and carols in church. At 15, I got to a place where I needed to know what my purpose was and was stirred up by my faith.

The most defining moment though was when I met my mentor; that really opened my mind to what I wanted to do.

Dream Dare Believe. How do those three words speak to you personally?

That you should dream, I think it’s time to encourage the African children to dream out-of-the-box dreams, of becoming astronauts and scientists, things that are not on our regular spectrum.

Daring comes with doing, going after the dream making plans with people. Trying and failing and trying again until it works. Then, believing means hanging on to it until it comes to pass.

The only problem when we talk about dreaming in this generation, is that people want it to happen in a flash. The whole idea of believing is the consistency, I knew this at 16 when I wrote the plan of how I was going to be a film-maker.

I thought I was going to make a feature every year; more than 17 years later though I have only done one feature and working on my second.

There’s always a bit of a time lag between the dreaming and the coming true, what do you advice dreamers out there to do during that time lag?

I’d encourage people to start small; I personally started with small plays. You can always tell a great person by what they do with the little resources they have.

Many times I meet young people who say that they want to do big things but don’t know where to start. Start from where you are and do it to your level best because you never know who is in your audience.

Maximise the small opportunities, I did a lot of plays when I was starting out. When I was getting the movie to screen in 12 global cities, most of these cities are the same ones where I did the small plays.

Faith has also been everything in this journey, I have relied on it, it has been my inspiration and it’s how I charge up half the time. 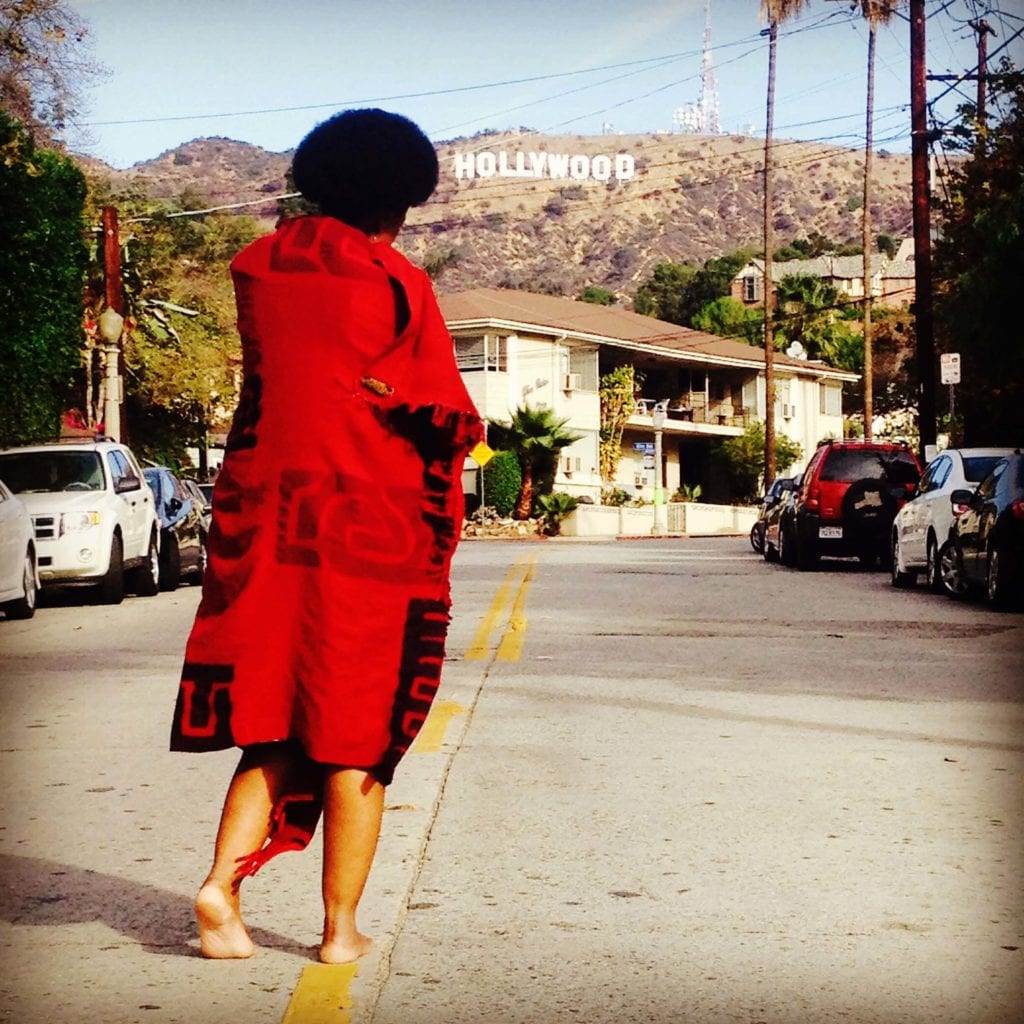 Is there any point when you thought your dream was crashing before your eyes? How did you pick yourself up again?

There have been many; let me talk about distribution though. When we did LEO, we didn’t have a marketing budget. We thought we’d be acquired by one of the major distribution channels, but the deal didn’t pull through.

So here I was with a product and no money to let people know about it and I really wanted to give up. It was really tough because I found that there was a lack of understanding from the masses about the work I did. There was a lot of criticism and very little support and I wondered why? Why did I need to move forward?

I used a lot of inspiration and scriptures that I call ‘muffins’ to keep me running. One was a visual of a man running through a wall, and every time I looked at it I told myself ‘something has got to give’, ‘something has got to happen’. So, I started speaking more and got radical about it until I finally got a lead to get the movie into the air-planes.

Out of the blue, an old friend called me from Houston and wanted to screen the movie there. Soon after that the cinemas opened up. The thing that this journey has taught me is that there is nothing like impossible. I think it’s Einstein who said ”… it’s not that I am a genius, it’s just that I stay with problems longer.”

That’s why I find the culture of instant success amongst our young people a bit scary because I feel like we are going to lose our genius minds. Our genius minds need to develop the character of staying-in until it works.

You’ve talked a bit on money matters when it came to distribution tell us more about talk about getting funding.

Money follows good ideas, one of my mentors said to me and I thought it was mind boggling. I always thought you get the money and then get ideas to use the money.

But now, if I have an idea and I’m not getting money then I go back to the drawing board and ask myself how I can improve this idea so that it attracts the money people.

LEO the movie went through about 20 drafts before the shooting begun. So there’s always a way in which you can improve your product. One door may close but they will leave you with ideas on how you can tweak your product to make it more sellable.

I never feel like any of my meetings are quite wasted even if I don’t get the deal that I am looking for. It somehow adds up to something or they give me an idea that helps me move in the right direction.

Does where you live geographically affect the filmmaking process?

Hollywood has systems. There, film-making is an art and a job, if you are talented, you can find your way into the system. There’s a system with compensation in every stage which motivates film makers. There are also things like 3D studios, trained actors, trained animals, period wardrobes etc.

These things help you create your story and your imagination canvas as a director becomes wide. From creation to consumption there are systems that acknowledge the work and a willingness to pay for the work.

Locally, my advantage is that it’s never been done before. In the West for a young independent film maker, it can be very difficult to access the system. But here I can talk to anyone for things like location and negotiate on rates and because it’s an African story its best told in African soil.

I have lived long enough in Africa to be able to tell an African story in an African way and that’s a huge advantage. 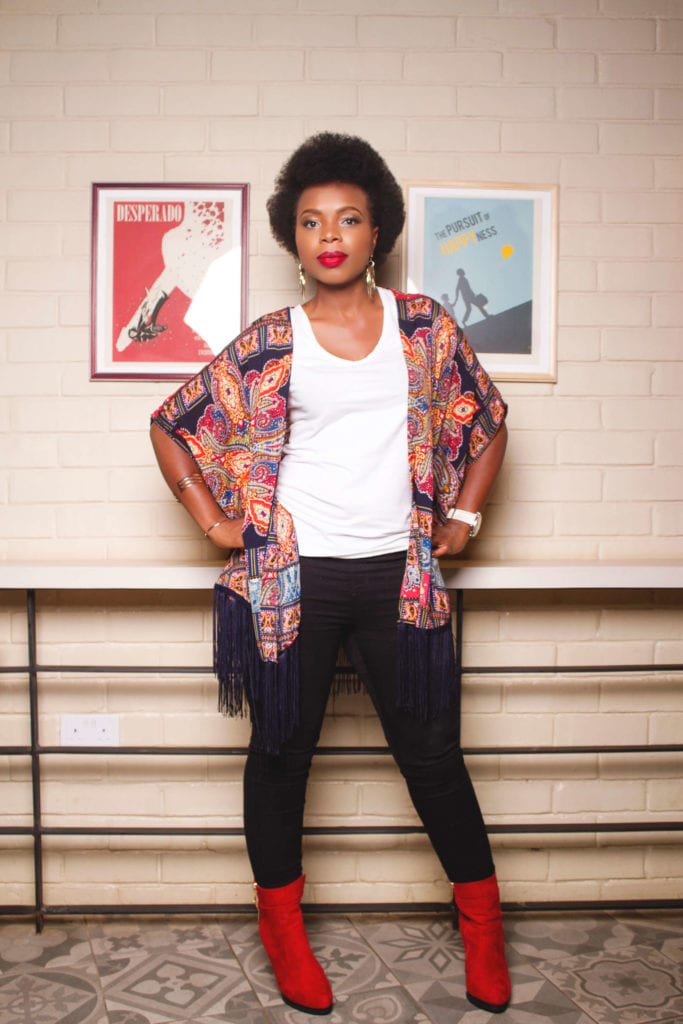 Have you experienced any challenges in your journey as a filmmaker being a woman?

In my early journey, I never saw my femininity as a hindrance because the men I met were quite helpful in my work. I remember though, when I interned briefly with a lady who was 8-months pregnant and drove a stick shift Pajero.

We were going around from location to location shooting and she looked absolutely gorgeous. She had a lovely relationship with her husband and loved shooting film and it blew my mind.

I didn’t believe she could be that pregnant and that active and I wanted to be her when I grew up. She showed me that femininity is not a disadvantage.

We need to allow girls to dream big dreams and not at the expense of wanting a family. We also need to encourage the African man to understand that just because a woman has a big dream it does not make her any less of a wife.