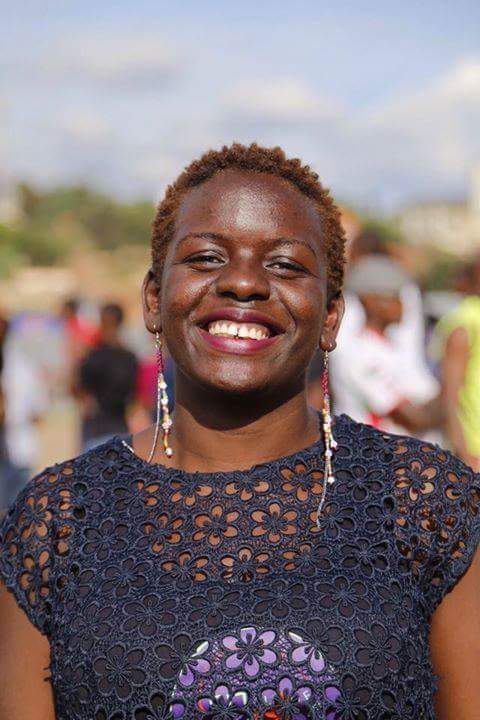 Mildred Apenyo set out to create a warm, supportive and safe space for women when she started FitcliqueAfrica. The women-only gym, the first of its kind in Uganda, offers a wide variety of classes including; aerobics, African yoga, dance, kickboxing, strength training and personal safety. The Kampala-based startup is focused on the overall wellness and safety of women rather than attainment of the elusive “ideal body.” By so doing, it aims to provide women with the tools that they need to empower themselves both physically and psychologically.

Mildred wants women to be able to workout without harassment, discrimination or any restriction. Through FitcliqueAfrica, she hopes that women will be inspired to own their bodies and their spaces. I caught up with the fitness entrepreneur, who is also a writer and human rights activist, to talk about her experience and her unique venture.

Mildred didn’t start out in the fitness industry. After graduating from university with a degree in Mass Communication in 2012, she worked in advertising. Her office was located in Kamwokya, a neighborhood she calls the hub of street molestation. Having to navigate this environment daily caused her to experience anxiety. Running became her coping mechanism. “It helped me learn how to inhabit space,” said Mildred. “It made me feel like I owned the streets. It made me feel like I owned my body.” Mildred broke her leg and had to stop running, then decided to join a gym so that she could workout.

Her gym experience was awful. The trainers did not pay attention to female clients unless they were in the aerobics classes. Mildred, who was interested in weightlifting, was dismissed by some of the instructors. The people who paid attention to her instead were lechery men. While working out one day, a man threw a dumbbell at her because she refused to give up the exercise equipment she was using. “I vowed never enter a mixed gym again,” she said. It was then that she decided she wanted to create a warm and supportive space for women.

Two months after the idea solidified in her mind, the first draft of Uganda’s Anti-Pornography Bill was released. The media and the minister of ethics and integrity turned the narrative it into an anti-miniskirt campaign. As a result of this, there were many women who were undressed and violated on the streets. This enraged Mildred. “The only thing that presented itself to me was that nobody cared about the safety of women,” she said. “Not even the men who society says are the protectors.” This further fueled her desire to pursue her idea. She realized that she had to find a way to ensure that women become stronger and have more agency. “While rage will be the spark for an idea, the building of the idea depends largely on how you can begin to channel this energy to something practical, something that people will come to,” said Mildred. “That is how the space and the gym happened.” 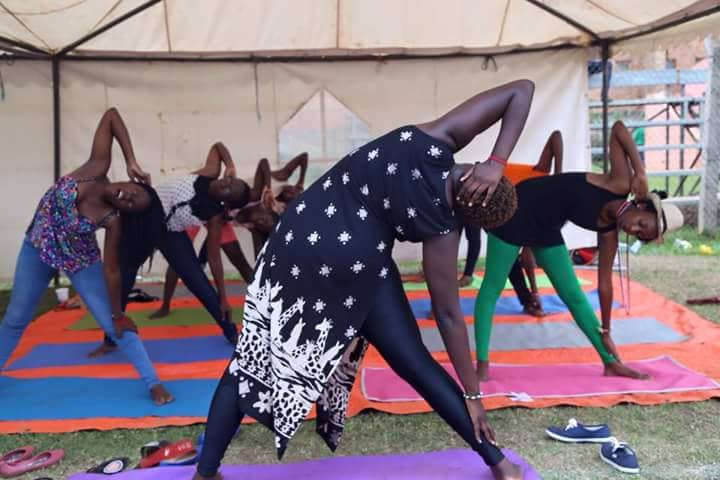 Mildred’s plan was to start with a Facebook page where she would discuss body ownership and self-love. She wanted people to able to talk about bodies and women enjoying activities that are typically reserved for men in regular gyms. “I wanted it to be that kind of space online and offline,” said Mildred.

She first had to come up with a name for this space. The naming process varies from one startup to the next. It takes anywhere from several hours to months. The key is to pick a strong name that adequately represents the ethos of your brand. As a copywriter, Mildred could have come up with a name utilizing the same process she used for her clients. However, she wanted it to be a community space, and as such sourced for name ideas from her friends on Facebook. Solomon King, one of her friends, suggested the name Fitclique256. “It got the most likes,” Mildred said. “I decided to call the space that.” In March 2014, the fitness movement officially began.

Mildred decided to quit her job so as to fully focus on and dedicate herself to Fitclique. “I said to myself, ‘How can you be seated here writing copy about products that you don’t care about when women are out there being undressed on the streets?’” she said. “FitcliqueAfrica hit me in the soul and demanded to be started.” With two salaries saved from her job, she embarked on taking the open and safe online space offline in the form of a gym.

The first order of business was securing gym equipment. Mildred, aware of her financial limitations, had to get innovative so as to do this. Having done her research, she knew that there were people who had bought exercise and fitness equipment in the hopes of working out but ended up not using them. She started a campaign where she traded training for equipment. People would be able to get a personal trainer to work with them for a certain duration at a reduced cost if they gave Fitclique their equipment. The concept excited people and they responded positively. There are also those who simply ended up donating their unused equipment. Mildred was able to significantly drive down costs using this strategy. The gym has grown since then and is now able to buy its own equipment with the money it makes.

Then Mildred had to find a physical space for the gym. She approached a gym  she had worked on a marketing campaign for while at her advertising job. They agreed to let her hold one class for an hour in their space. “It was a yoga class that was massively successful,” said Mildred. After a while, the owner pulled out of the agreement because the classes only had women. “He asked, ‘Why yoga? Why only women? Are you witches? and added ‘I don’t want this to happen anymore,’” she said. Mildred had to go back to the drawing board, a practice that is not uncommon in the entrepreneurial journey.