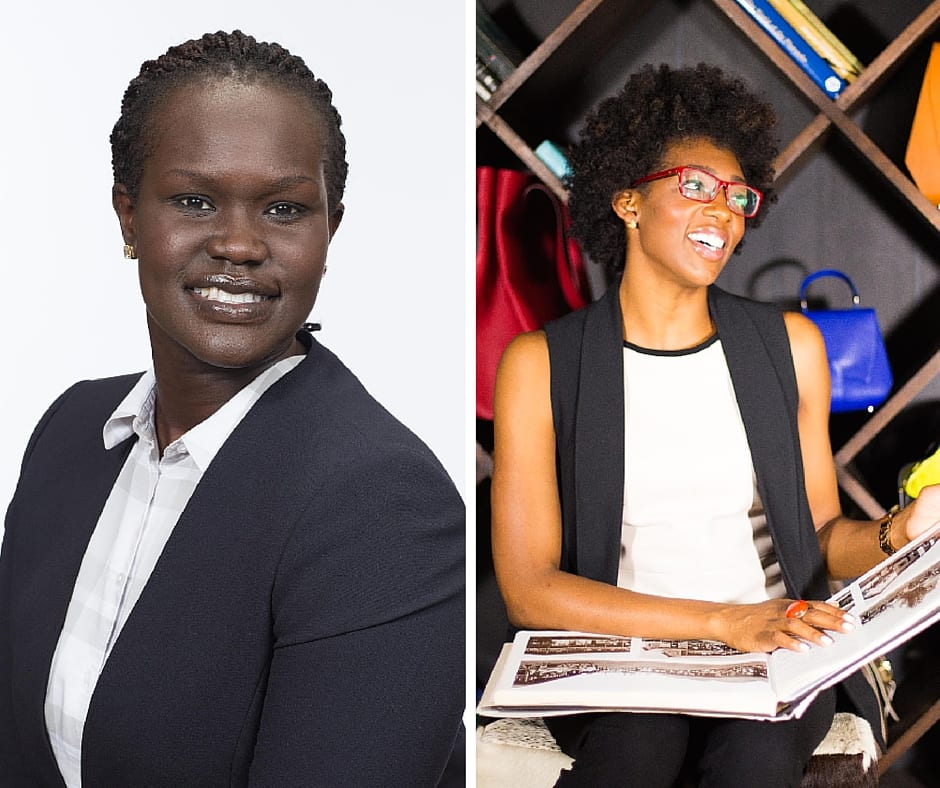 South Sudan is the world’s youngest country. Despite the ongoing conflict, it’s status provides many opportunities for business. Sister-in-laws Nok Nora Duany Bassey and Aprelle Duany joined forces to create The American School of South Sudan (TASOSS) in order to provide much needed high quality early childhood education. Nok’s background is in finance and Aprelle is a fashion designer but both wanted the best for their native and adopted homeland. Below the founders share their greatest challenges, hopes and advice for creating a business in the midst of conflict.

Liz: Nok, can you tell me a little about how you came to leave South Sudan and live in the US?

Nok: We left South Sudan immediately after the civil war started and came to Bloomington, Indiana where my parents were graduate students at the time. Even during that period, my parents remained really connected to the conflict and worked on the peace process. My dad used to spend six months in Kenya or wherever he could in the bush in South Sudan and then six months in the US to check on the family. I had three brothers and a sister so there were five of us with my mother. She did a lot of advocacy work with churches from the US but there was always a narrative in the household that, “When there is peace we will go home.” And that narrative stuck.

So literally when peace came in 2005 after the CPA was signed, I went back after 21 years of being away. My father was already in Juba and we first went to the North, to Khartoum. I remember thinking, “Why haven’t I been here?” A Sudanese classmate from Georgetown was showing me around and everything was so developed. We spent Christmas there and I flew to Juba in time for New Year’s and when I arrived there was completely nothing. I remember getting into the back of a truck to go to my childhood home where I was born. There were no roads. Everything was still under construction.

My father had been there for a week and was working to set everything up but it had been abandoned for twenty years. When he came back home they had a found a corpse there and many dead animals. Coming back, I remember this feeling of excitement but also of anger. I thought to myself that I would never go back to the North until I had played some part in developing South Sudan. Coming back forever changed me. I finished my graduate studies in 2006 and moved back to South Sudan permanently.

Liz: How was the transition moving back?

Nok: Of course it was difficult but it was such a mix of emotions. There was a lot of excitement. So many South Sudanese were moving back after a long time. Over 4 million people were displaced during the war so there was an influx of different South Sudanese from all over the world. Everyone was so encouraged and inspired. I remember drums beating at nights and elders telling stories. People were finally moving freely and everyone was happy. My mom would say, “This really is what peace is: freedom.”

We were all building things from scratch and anything that you wanted to do in South Sudan was possible.  My father would tell me, “If you miss something you had in the US ,build it here.” I was so inspired and encouraged seeing the work being done for us to have our own country. Of course it was also a big culture shock and it took time and patience to take everything in. 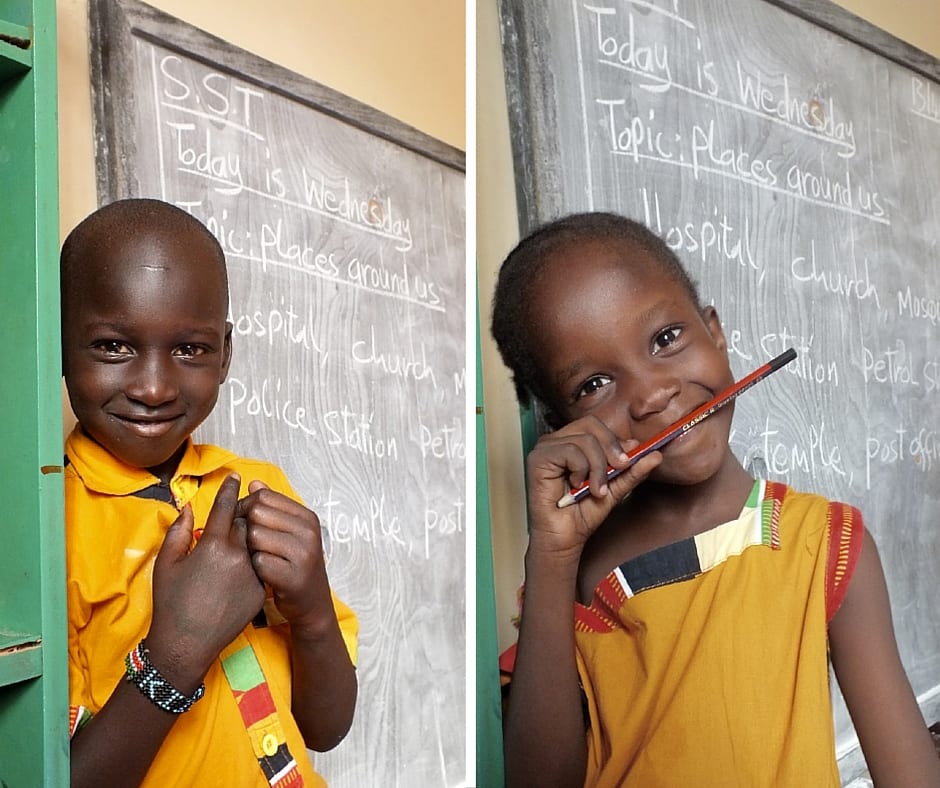 Liz: What about you Aprelle? How was it for you moving to Juba?

Aprelle: Moving to South Sudan was a difficult transition for me.  I left my family and comforts of New York City to support my husband, who like his sister Nok, wanted an opportunity to redevelop his home country.  As a new wife and mom, there were many cultural differences that I was not expecting.

In addition to the lack of development and language barriers, the environment was difficult to ease into.  Overtime, I began to meet new people and gain a better understanding of why South Sudan faced generations of challenges, which held the country back.  South Sudan was not an easy place to thrive, but everyday I would meet people who were so passionate about changing the country into a place where they could call home, it was inspiring.  At that time, I also began to appreciate the simplicity and beauty of life and I began to explore areas where I could also contribute.

Liz: So once you were based in Juba, how did the idea to create a school come about?

Aprelle: The school was inspired by my daughter Jinai.  The idea became actualized over lunch with Nok, myself, and a few friends. Children in Juba were often isolated in their compounds without an opportunity to engage with other children, which is key to healthy childhood development.  One of the things that I wanted for my daughter was a sense of community where she could play and learn.  Additionally, Nok and I both benefited from education in our lives from a young age and we wanted to create opportunities for young South Sudanese children to access education.

Nok: Yes, oftentimes, people were sending their kids to Kenya or Uganda for school. Young women like myself left kids with their grandparents in other countries. It was heartbreaking. We finally had peace and families were being split again after so many years of being unstable. There were not many schools to support kids in Juba.

We initially decided to start a nursery school because Jinai needed one. We started with one classroom and one student. The first day we held an Open House and a few people passed through but Jinai was the only student enrolled for the first two weeks. So everyone was looking over Jinai saying, “Oh, she’s coloring! She knows the ABCs….” Eventually we got more students enrolled and had a full class and a waiting list.

My background is in finance and Aprelle is a designer so it has been a learning process. But we’ve always had a lot of passion and it has been helpful to start small and learn along the way.

Liz: Aside from not coming from an education background, what have been some of the greatest challenges building a business in Juba?

Aprelle: There were many challenges. I think even with an education background, we would have still run into many hurdles.  You have to remember, South Sudan is the newest country on Earth, less than 5 years old at the time.  We didn’t have an education system, curriculum, or guidelines to follow, so we had to make it up as we went along.  We had to pay attention to what was working and what was not working in terms of building relationships with parents, training teachers, and gauging how much the students were growing.  It was a difficult task as we were basically pioneering the space but we had a lot of passion that helped us along.

Nok: In addition, when we started this we knew that we really needed to get it right. When we just had nursery level it was easier to say that we could build the foundation, but then as the students grow we really realized that we can’t mess up. Education is so important to the development of South Sudan so it was nerve-wracking. We knew we needed the right support and people who are skilled in educational development to get involved.

We knew we needed the right teachers, but the retention of these teachers has been a huge challenge because of the instability of the environment. Teachers often leave without much notice and really good teachers have been nervous about living in South Sudan. Another challenge has been learning the terrain and the culture and how business works here. Things like getting proper registration and licensing take time and can be quite costly. Once we got the technical stuff out of the way the main challenges were convincing people that investing in early childhood education and in getting girls in school are important. When we started, many people were asking, “Why work with this age?”

Ideas about girls’ education not being valued are not just present in rural areas but also in Juba. Families believe there is no immediate benefit to have daughters in school, but we know how investing in girls can change communities.