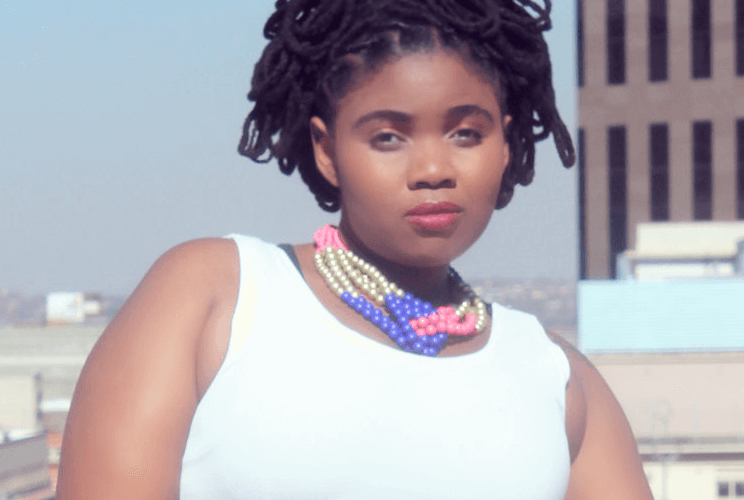 Nomthandazo Tsembeni: I was given a gift to pass unto others

Nomthandazo Tsembeni does not call herself a musician or a poet but an artist. She does not classify herself in one basket, her talent allows her to explore each and every artistic bone in her body.

She speaks very passionately of her talent and gift which allows her to be who she wants to be. Nomthandazo doesn’t have any limitations and for her, the sky is not even the limit. She wears so many hats one will start to wonder about their own journey.

SLA contributor,  Lerato recently got an opportunity to speak to this vibrant woman. Nomthandazo shared many gems on being a performer while working a full-time job and gave us a glimpse of her award-winning poetry.

You are a performing artist and an award winning one for that matter, what is your genre of music?

I have been exposed to a lot of genres. Commercial house music is what a lot of people know me for although I love music without any boundaries.

I do afro-pop, afro-jazz and soul music because it connects me to my first love, poetry.

You don’t have your own album as yet. Where have you been featured and how was the experience?

I have been featured on DJ Nova and Tapes song called “Ndihoye”, “Heal Your Heart” by Tapes and “George” which was a remix by Rabs Vhafuwi who is known for “Count Your Blessings”.

Working with different artists has helped learn to appreciate the gift of others and the learning is limitless. It is not about what you want but what needs to be given or done to produce results.

I was given a gift to pass unto others, to heal and mend broken souls. It is God-given, something I had to obey and not because I want to appear in magazines and billboards but it is my calling.

I never compare myself with others. Art is a spirit, you can not create art but can transform from one level to another.

You seem to be an artist of many forms, do you regard yourself as a singer or poet?

I regard myself as an artist, I define myself as God’s best Stanza. I can sing, write music, stories, come up with a script for a play, play drums and I am still learning how to play a guitar.

If one classifies oneself according to one discipline then there are limits to what one can do. Trying to define myself in a specific form will confine me.

I am not an ideal woman but a woman in reality. A woman in reality can have it all and do anything they want to and are comfortable without limits because they define their own beauty and success with no pressure to be perfect.

Tell me about your awards, what were they for?

I have three awards, two online international poetry awards which I received in 2012 and 2013 and one from Moduwane District Arts Festival in 2012.

The first international one from AllPoetry was in 2012 from a poem I wrote for a general category called “The Hardest Part”.

About having both feet is that

We are unable to jump a certain step in life.

In order to be successful,

You need to work hard.

For you to be wealthy,

You need to have some knowledge about poverty

And for you to be somewhere,

You have to start somewhere…”

It defines the limitations of one’s body parts through defining each part, its function and where it is limited to do certain things.

Another award I won in 2012 —Moduwane District Arts Festival— was with a poem was called “Mmabotle” which speaks of the beauty of a woman. I got the first price.

“Side by side, she would move her hips.

She left me drooling as she licked her back lips.

That woman left me choking on my own saliva.

I was again awarded by AllPoetry in 2013 for a general category for a poem called “Reality shaded in 3D pencil”.

Our bodies are graves of dead emotions?

We think we are over certain people,

Yet we carry the corpses of their deceased images deep within us?

Our faces are tombstones of pain and unhappiness

And the smile we wear is just a marble stone making the whole womb luxurious?….”

AllPoetry is an online platform where various poets from all over the world submit their poems and the best poem is selected. It gives global poets a stage to get to know one another and to introduce themselves in the industry. 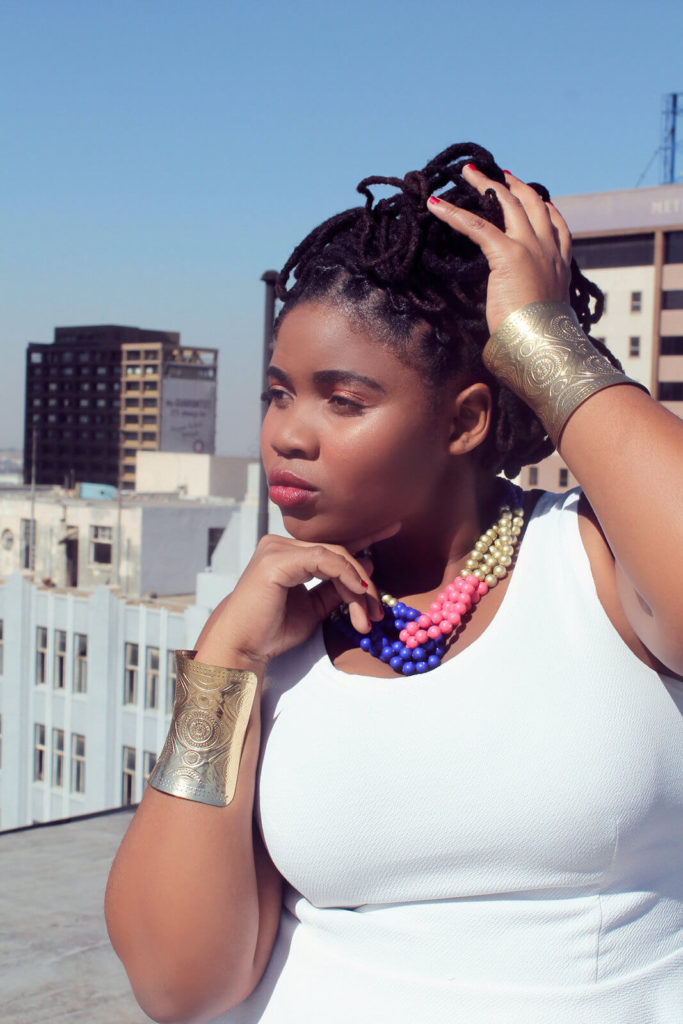 Growing up in a small town of Welkom, do you think you are getting enough exposure?

I grew up in a location called Thabong and yes, I am getting enough exposure. It is not about where you come from but about the work you do and where you see yourself in the future by associating yourself with the relevant people that are in the same field of your expertise.

Coming from a small town must not limit or be in a definition of who you are, it is about exposing yourself to things that will assist you to succeed in life. Yes we have limited access to resources but that is not an excuse to not try. It is about how you present yourself, the love and respect for your art or whatever that you specialize in.

I have had the honor to work with the likes of Jerry Mofokeng, Tina Mnumzana, Tinah Mnumzana, Ntsiki Mazwai and Wilson B Nkosi among others. I have been featured in local newspapers like Express and have been on the finals of Welkom’s Got Talent 2014.

I have performed at the State Theatre in Pretoria and the MACUFE Annual Festival in Bloemfontein and have recently been on the cover of Carob Magazine for their Woman’s month issue. I have also been interviewed on 90.9, Mozolo FM 98.2 and CUT FM 105.8.

I have not limited myself to anything based on where I come from. Instead, I have sought for help and used social media to get access to other things.

Who would you like to work with in the future?

It is so unfortunate that I have so many fellow colleagues that I would like to work with and I have to list only a few so I will only mention four artists.

I feel alive when I am performing, I am actually fulfilling my purpose, the reason why I was born. I have been sent to heal, mend, teach and help (deliver) people. I move from one space to the next when I perform because every time I ascend the stage, for me, that is taking a step further as far as my art is concerned.

People come to tell me I helped them to get over whatever they were dealing with. I get a lot of feedback that my performances makes them get a certain feeling and find a certain kind of healing. People confess their problems and quote my work. That also motivates me to keep writing and performing.

I knew I was meant to be a performer from a young age when I could sing lyrics fluently, the pitch, tempo and everything from the age of 4. I never saw myself doing something else than just live art.

When I was doing my matric, I started asking myself if I am doing this for fun or must I take it seriously. I realized that this is not just anything but a gift, I do it effortlessly because it is a gift. I respect each and every person who comes to watch me deliver what I have been called for.

I listen to the spirit and everything that comes to me I do it there and then. My art is spiritual as I too am of the Spirit.

Tell us about your book, God is a Poet. What is that all about?

God is a Poet is an anthology of poems, short stories and quotes. Everything is original and I have written them myself. The book includes poems that I have written from high school and have been edited to meet the maturity of the work that I write now.

The name “God is a Poet” came during one of my performances when I was reciting back in 2013 in Kroonstad at a poetry session hosted by SoulStud (Phindile Mathonsi) who is originally from Mamelodi and an artist in his own right.

The words escaped my lips as I was reciting, magic was created from that moment and I knew that was going to be the name of my book. At that time, the book was ready but I didn’t have a title for it.

Because I am a spiritual person, the title “God is a Poet” made so much sense to me because in the beginning; God was with the word, the word was with Him and He was the word. Everything he did, He used words from the creation of nature to a human being, hence I emphasize that He is a Poet and I am his best Stanza.

When was it published and how long did it take you to write it?

I self published it in 2015 and it took me a long time to get everything together. I can say it took me 3 years to finally say I have a book.

My book is self published, therefore you cannot get it at book shops but from me for now. Anybody looking for any of my two books —the other one is Time is Never On Time and that is an ebook— can go to my website or my Facebook page Lady Black Poet. Anyone can also get me on Instagram or by email.