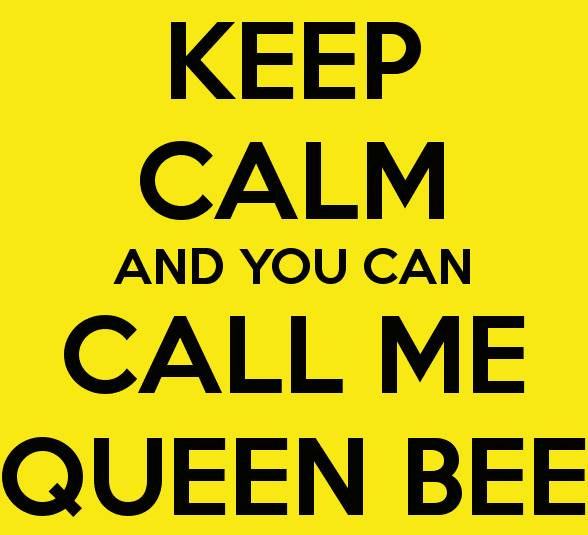 With the steady increase and calls for equality in the workplace, some questions have been raised. Does the so-called “Queen Bee Syndrome” really exist? Or are we simply so predisposed, we make assumptions on women not working together as harmoniously as men?

In the South African context, the Queen Bee Syndrome describes a woman in a position of authority who views or treats her female subordinates more critically than their male counterparts. You know who we’re talking about. That boss who is extra strict with her employees…but only if they are women. The one who bypasses qualified women to give the lucrative positions to men. She is basically the workplace equivalent of the woman who says, “I don’t have girl friends, women are too much stress.”

Academics weigh in on the Queen Bee Syndrome

According to Dr Babitha Mathur-Helm of the University of Stellenbosch Business School, who lectures in diversity management, leadership and gender studies defines the Queen Bee Syndrome as women executives’ reluctance to promote women. Dr Babitha further goes on to explain that the Queen Bee Syndrome is a way in which women in executive positions actively alienate and prevent the promotion of their female subordinates.

Grant Thorton’s 2016 Women in Business Report shows that gender advancement in the South African workplace has slowed down in the past decade. Can we really attribute this recorded decline entirely to the Queen Bee Syndrome? Of course not. There is no direct correlative data which would support such an assertion. Furthermore there are other challenges which women face in the workplace. Despite this, we cannot shy away from the existence of the Queen Bee Syndrome and its impact on the advancement of gender equality in the workplace.

Is it a form of discrimination?

There has been much debate about whether the Queen Bee Syndrome is a form of gender discrimination. It could merely be the effect of gender discrimination in the workplace. More often than not, in an effort to be more socially acceptable within authoritative positions in the workplace, women tend to exhibit “masculine” traits of leadership. As we live in a world where “feminine” traits are viewed as a weakness, that women executives react this way is not surprising.

If the Queen Bee Syndrome does exists and women find themselves having to strip themselves of their femininity in order to not only climb up the corporate ladder, but to stay there, is there a solution in sight?

I say yes. In a corporate world which continues to push for equality, women who are vying for leadership positions need to learn how to compete in a healthy fashion. This concept can be a very foreign to us, when we have been taught to be “nice girls” from childhood.  The implication for most of us is that competition is bad. Competition makes us mean as it is not perceived as nice.

However in order for healthy competition to thrive, we need to create an environment that cultivates it. If there are no workplace policies to this effect, the only viable solution is to start living it out in the workplace. Are you a woman in a senior position who gets to sit at the table? Try inclusive leadership with your women subordinates. Are you helping them navigate the corporate world? Are you mentoring them? Are you championing for policy development and execution that speaks to the development of women in your organization?

If you are a subordinate, stop being scared. Continue to push yourself and test your limits. You should work towards developing yourself so that you become a feasible candidate for career advancement. Are you taking the initiative to work with women in senior positions? If there are no women in positions of authority where you work, how about looking outside?